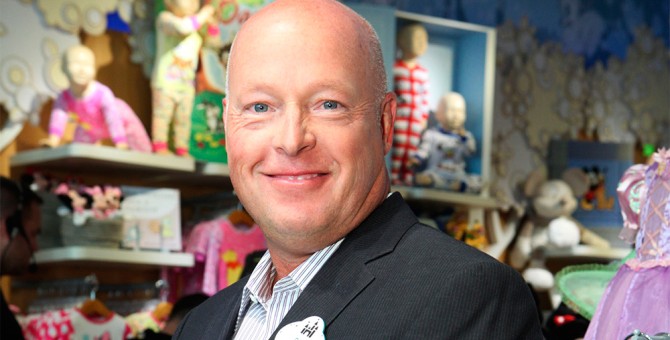 There’s a new man at the top of Disney’s theme parks and resorts. Meet Bob Chapek, who takes on the role immediately from now COO Tom Staggs who held the position prior.

“Under Bob’s leadership, Consumer Products has seen great success, focusing on brands and a franchise-driven strategy while launching new products and retail experiences that combine technological innovation and creativity,” Bob Iger, Chairman and Chief Executive Officer said in the press release. “He is an experienced and versatile executive well-suited to lead Parks and Resorts into the future.”

“Bob is stepping into this role at an incredibly dynamic and exciting time for our Parks and Resorts business,” Mr. Staggs said. “The ongoing construction of Shanghai Disney Resort as well as the new Avatar-themed land at Walt Disney World continues an era of unprecedented growth and historic expansion.”

“I am grateful for the many opportunities I have had during my years at Disney, and am thrilled to join the incredible Disney Parks organization,” Mr. Chapek also said. “I look forward to working with the remarkably talented team dedicated to creating magical memories for millions of guests around the world.”

A successor to Mr. Chapek at Disney Consumer Products will be named at a later date.

Mr. Chapek holds a B.S. in Microbiology from Indiana University Bloomington and an MBA from Michigan State University.