If you’re a Disneyland fan like many of us are, get ready to geek out.

Last week and just in time for Disneyland’s Diamond Celebration, we visited Van Eaton Galleries in Sherman Oaks, California and toured “The Story of Disneyland” exhibition with gallery founder Mike Van Eaton. Costumes, posters, original concept arts, and more items that have dated back to Disneyland’s pre-opening to Epcot filled the rooms.

Not only can you see these items yourself – you can actually own them! These items that an anonymous collector gathered over a span of 30 years will be up for auction on February 28 and March 1. Buying these one-of-a-kind pieces of Disney history doesn’t get better than this – that is if you have some extra pocket change! Here’s what you can find at the exhibit. 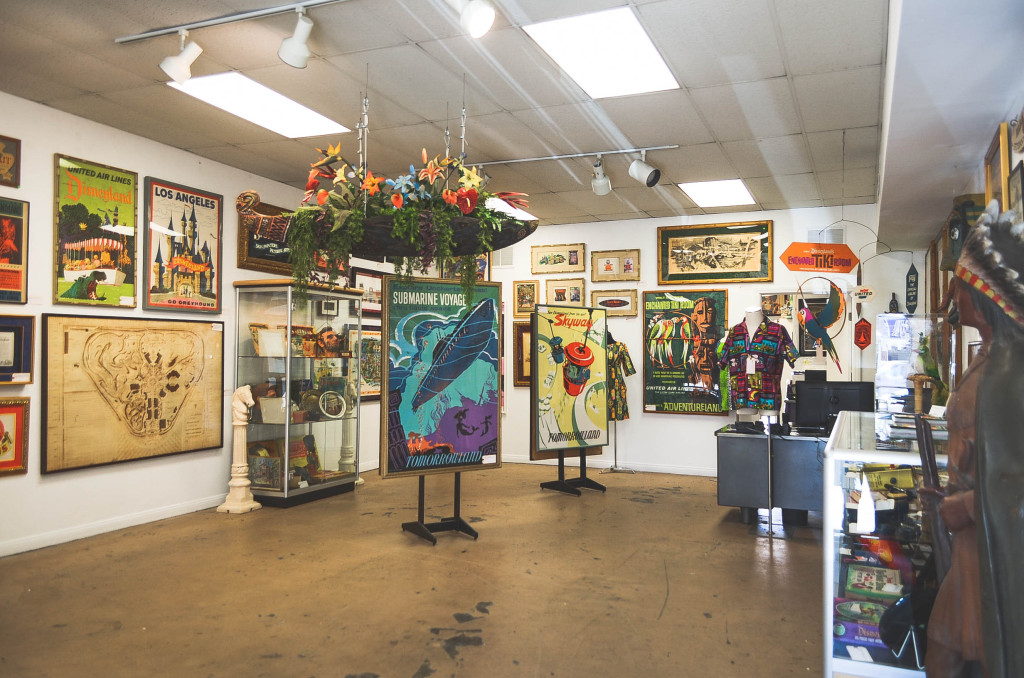 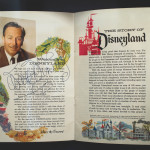 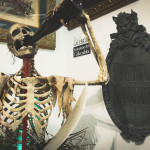 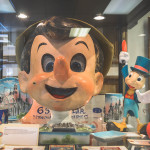 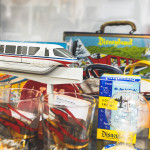 Walt Disney Signed Opening Day “The Story of Disneyland” Guidebook – $7,000 – $9,000. We can ask for autographs from characters inside the Disney Parks, but how often do we come across a book signed by Walt Disney? This was the first guidebook issued by the park in 1955 on opening day.

Pirates of the Caribbean Original Cursed Drinker Prop – $60,000 – $80,000. This prop was the first installed figure for a scene in The Pirates of the Caribbean attraction that opened at Disneyland in 1967. The prop comes with a display stand with a whiskey barrel featuring a sunken motor mechanism to operate the falling rum effect and internal LED light.

Disneyland “Pinocchio” Character Costume Head – $3,000 – $5,000. You definitely won’t be seeing this anywhere outside the park. This item was part of a walk-around character costume in the late 1960s. 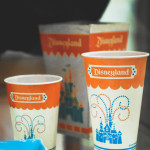 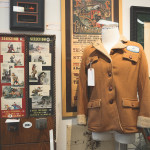 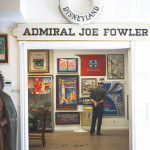 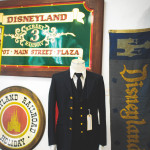 Standing in a roomful of Disneyland history felt like we were being taken back to where all the magic began, almost as if Walt was there with us. It’s amazing to see what was once in the parks, but soon enough our souvenirs today will be on display too.

So hold on to all your pin collections and Mickey Mouse ears. You may also want to think twice before throwing away your park tickets, or even the plastic Disney Parks shopping bag. They may be worth more than you think 30 years from today.

“The Story of Disneyland ” exhibition is open to the public 10 a.m. to 5 p.m. daily through February 27.

The live and online auction will take place on the following days:

For more information on items and prices, check the catalog HERE. 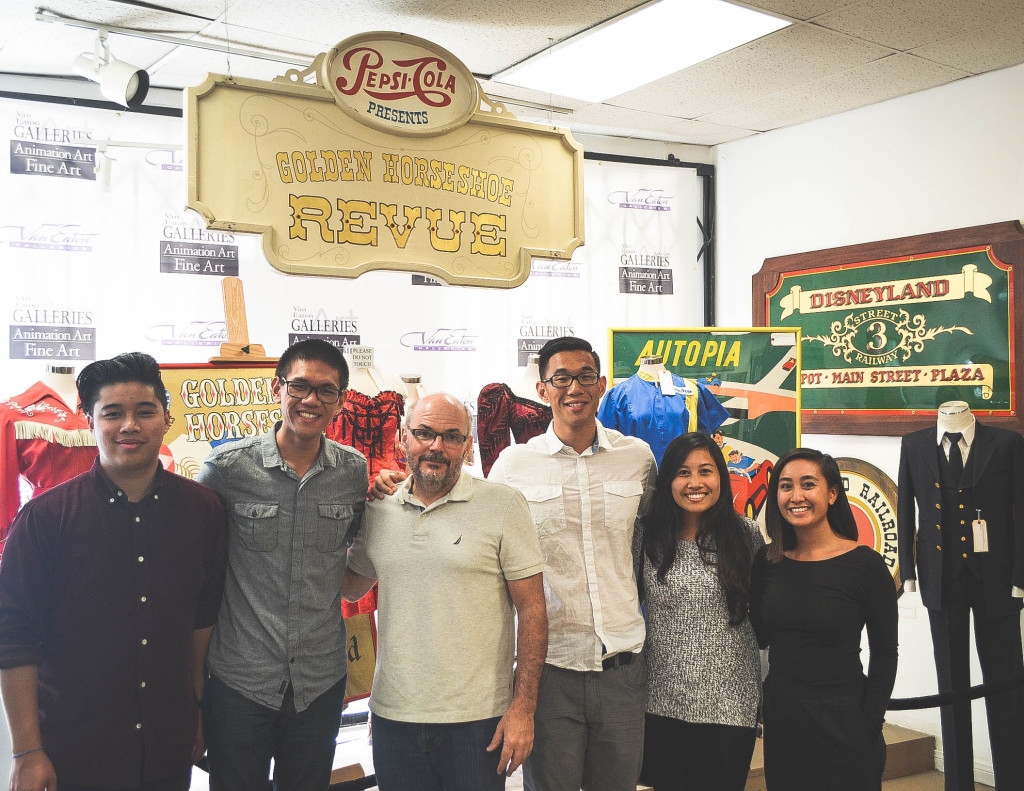 Our special thanks to Mike Van Eaton who shared the story behind the collection and guided us through his gallery.

Will you be visiting the Van Eaton Galleries for all this Disneyland memorabilia? Would you like to participate in the auction? Which items would you want to take home? Let us know in the comments!