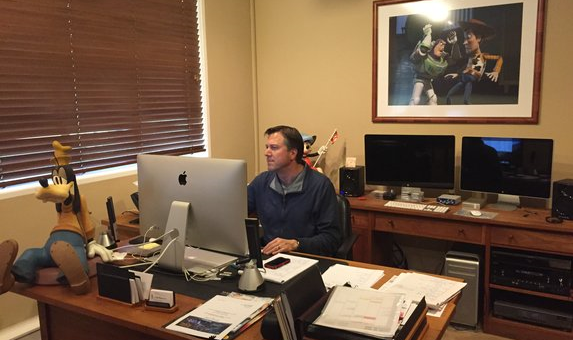 Here at DisneyExaminer, we are not only interested in the sharing the magic, but also in sharing how it is made.

In our first MagicClass, we interview those responsible for creating the Disney magic we have come to know and love, such as Bruce Healey, the man responsible for the music of “Fantasmic”. We talk to them to find out their stories, their success – all in the effort to find what makes them successful as magic makers and how we can emulate them in our everyday lives.

Our second MagicClass had DE writer Thomas travel to the Walt Disney Studios to meet the man who commands a hundred voices and has the fun task of making sure those voices add life to nearly every single entertainment product that Disney puts out.

For me, languages are fascinating. Two people can say something totally different and it can mean exactly the same thing. For example – “C’era una volta” means “Once upon a time” in Italian and “I yliż dłago i szczęśliwe” is Polish for “And they lived happily ever after.” At first glance, they may not mean anything to those who don’t understand the language, but to those who do, it’s Disney magic.

Things like that open up a whole new world for people, but for global companies like Disney, that means something even more significant. When I came back from Italy years ago, I began listening to Disney songs in Italian to practice and became introduced to this wonderful array of voices singing the songs I grew up with. But how well do songs translate from English to another language? Really well, from what we can see from the multi-lingual video of Frozen’s hit song “Let It Go.”

Yes, Elsa is Idina Menzel, but to those outside the United States, she isn’t. As seen in the video, the ice princesses is brought to life with the help of many voices, each native to their own tongue. With their global reach, Disney must select these voices carefully to make sure they not only can sing, but exemplify the character they’ll play.

And that’s where Rick Dempsey comes in. 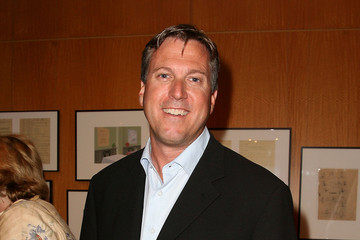 Tucked away in a small wing in the Old Animation Building on the lot of the Walt Disney Studios in Burbank is where you’ll find Rick and his team that comprise Disney Character Voices. Since its start in January of 1988, the team Rick leads has had the task of finding and casting the voices of Disney characters, and not just the animated ones!

A Disney character constitutes any character that the Walt Disney Company gives to the world among its many brands. For Rick’s department, that means anything from the Spanish voice of Wreck-It Ralph to the German voice of Star-Lord. When speaking on his department’s duties, Rick commented, “our department was set up for character consistency and integrity…we inherit those characters once the film is released and ensure that the voices stay consistent and that they have integrity for the ancillary uses.” This responsibility accounts for both live action and animated projects, even extending to TV show characters; thus, Rick is responsible for casting everything from “Guardians of the Galaxy” to “Big Hero 6” to “Sofia the First”. What a job!

Rick has quite an impressive résumé, but he wasn’t always the VP of such a prestigious department of the company. Rick originally was a runner for DiC Enterprises, which is responsible for the “Inspector Gadget” and “Dennis the Menace” animated shows. However, Rick got his start long before that as a child singer and performer doing commercials and shows all over the place. With this musical background, Rick then moved to Disney with Les Perkins, whom he had met at DiC. Perkins was instrumental in creating Disney Character Voices with the main idea being that they needed to maintain the integrity of their characters and be consistent across the world. Just listen to the “Let It Go” video and tell me if they have accomplished that goal. Needless to say, they have. 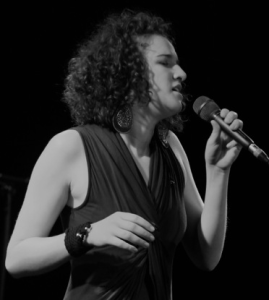 The voices do not have to be exact, much as you may believe from the video. However, as Rick says, they must match the character, whether in pitch or attitude. That is to say, they do not have to be identical to the original English voices, though the character must shine through. Take Pia Allgaier, the singing voice for Rapunzel from “Tangled” and Anna from “Frozen” in Germany. She is vocally identical to Kristen Bell as Anna, but as Rapunzel she has a folksy and rebellious spirit coming through her voice that makes her version of Rapunzel really stand out. Rick commented on these decisions, saying, “is it more important to have them match Mandy Moore exactly? Or is it more important to to have a good personality, strong personality for the German audience that fits the character?…their voice might be a little different, but their personality and their star power really resonated with the German audience.  ”

Sometimes singers are chosen for their appeal to their respective market more than their ability to match or accentuate the character, though never at the expense of quality, says Rick. For example Phil Collins, the singer-songwriter for ‘Tarzan”, had such worldwide appeal that Rick suggested Collins record more languages than just English. After a six-week recording session at Phil’s home in Switzerland, Phil Collins’s voice can be heard in the original English movie, as well as the Italian, German, French, and Spanish dubbings of the film. 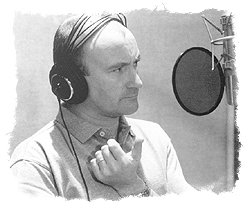 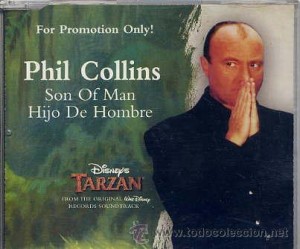 Rick was with Collins recording that soundtrack and those are just some of the magical moments that Rick has had during his tenure with Disney. Some of the other top moments Rick has had in recent in years include working on 1991’s “Beauty and the Beast” and 1994’s ‘The Lion King.” Of course, “Tarzan” holds a special place in his heart – no pun intended – because of the time he spent with Phil Collins in Switzerland, but also because his son was the English voice for young Tantor. Rick even has a framed section of the French version “You’ll Be in My Heart” as handwritten by Phil Collins himself. How cool is that!

Rick has a big job, as anyone can see, so how does he do it all? Rick elaborated on the decision process, saying “I take the top 14 percent of the box office – French, Italian, German, Russian, Spanish, Japanese, Latin Spanish, Brazilian Portuguese, etc – I specifically make the decision on the cast from those countries.” From there, Rick sets the blueprint of the character’s voice with the director of the particular language hub. For example, he has an office in Warsaw, Poland, that oversees the casting for all of Eastern Europe. Rick will cast the Polish version, and from there the Warsaw office will cast the rest of the region in comparison to the Polish voices.

Rick still values his life outside of listening to voices. You can probably catch him enjoying time with his family or at his church serving his fellow peers there over the weekends. He told us about his son’s wedding, and some stories his children bring home; one of his daughter’s friends once asked if Rick “was one of the guys who took your tickets at the Disneyland gate?” While telling the story Rick laughed and said, “there’s nothing wrong with that job – it’s just not what I do!”

When Monday does roll back around, he’s back at what he’s great at. But though it is a lot of fun, the job demands responsibility, creativity, and accountability. It’s an all-encompassing role that Rick and his team play a huge part in –  to make sure that the Disney magic is not only shared, but shared with the quality that the Company is known for. For all we know that magic would be lessened if their attention to detail in finding and casting voices wasn’t there. Fortunately for us, there are teams of talent scouts that roam the world on Rick’s behalf looking for that perfect voice to match our most loved Disney characters. 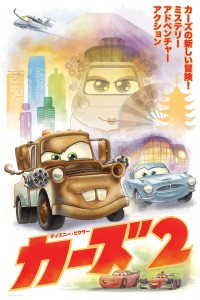 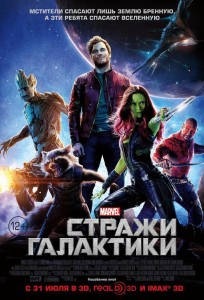 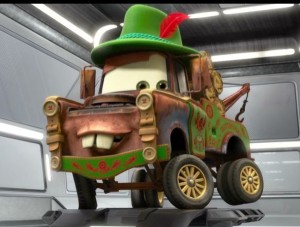 So, what does Disney Character Voices look for in a potential voice actor? Rick says that you need to listen to the voices the same way you would a musical instrument. He also stresses a musical ear when working in his department. But, again, the simple mechanics of the voice are not the only things he focuses on when finding the dubbing talent. Citing Mater of “Cars” as an example, Rick says that Mater is a country bumpkin, an idea that does not translate to other countries where no such thing exists. They needed to find local equivalents to match the American ‘country bumpkin’ tone that Larry the Cable Guy brought to the tractor, delving not just into the talent pool to find the character, but the dubbing countries’ culture as well. Imagine Mater in German (or ‘Mater’ hosen)!

Certainly there is much to consider and a lot riding on Rick’s shoulders everyday when you think about all that goes into voice casting, but Rick’s life is evidence that you can really chase after your dreams. He always wanted to be in the entertainment industry and worked hard to get there and wants to encourage the next generation of magic makers.

If you want to have a job like Rick’s, here are three pieces of wisdom he shared about taking on a role in voice casting:

“A musical ear – you have to hear the voices musically, the same way you would an instrument. “You have to pay attention to voices and voices only… the timing of their readings… the way that they pronounce their words… in the same way that we read a music chart.”

“Have a love for voices… know voices. Know the history of the character.” Have a depth to your understanding of Disney and its characters – super important. We’re the character experts; you gotta know who the characters are.

“A good sense of diplomacy. Remember you’re dealing with talent. Understand how to work with them in the right way.” After all, you’re going all over the world – you’re going to need to get along in another country, so to speak.” 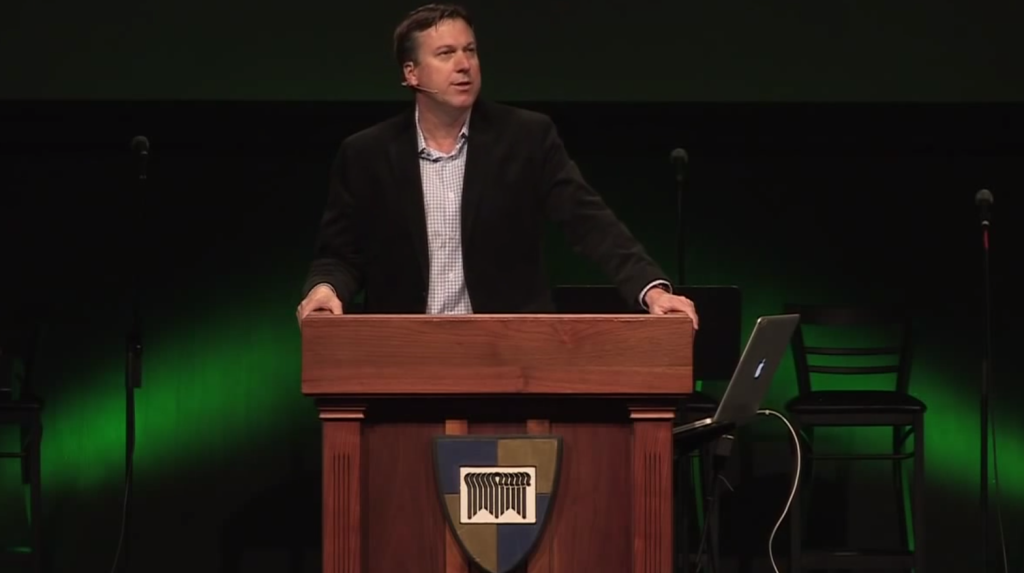 Rick speaking at his church’s college in Santa Clarita, California.

Landing a job in Rick’s department might not be so easy as Disney only hires “the best of the best,” according to Rick. Bob Iger and John Lasseter look for the best of the best, he said, and so you got to be the best to work here. But remember, The Walt Disney Company started with a Mouse and Rick started as an errand runner, so anything is possible. And now, that Mouse is known the world over and Rick finds the voices for that Mouse all over the globe.

So, the next time you see a multilingual video for Disney or watch a Disney movie in a different language, sit back and enjoy Rick’s work as you listen – with your musical ear, of course – to the carefully chosen actors that make your favorite Disney characters, characters.