Disneyland has been host to many guest music acts throughout the years. Many of those acts have went on to make it big, but all of them give credit to their success to their time performing in Anaheim. 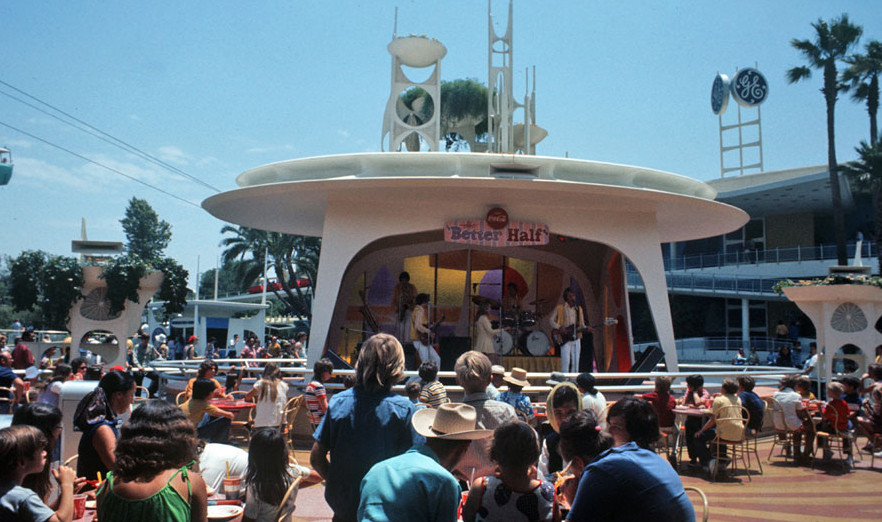 The Better Half Band performs at the Tomorrowland Terrace in the 1970s.

Today, talented bands still frequent the Resort almost every day at the Tomorrowland Terrace (TLT). The iconic venue with the pop-up stage hosts a variety of bands for your viewing pleasure. With weather reminiscent of summer, it is the perfect time to head outdoors at night for some live music. While you could wait for a band you know to come to town or head to the nearest venue to catch a show, you could also head to Disneyland.

Here’s your guide to some TLT’s bands that are worth a listen this summer! 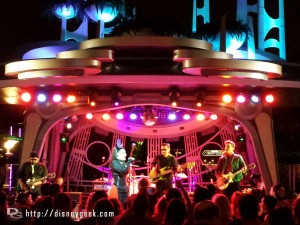 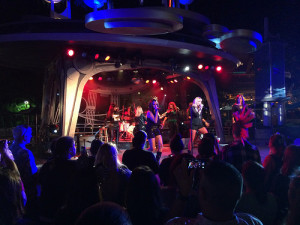 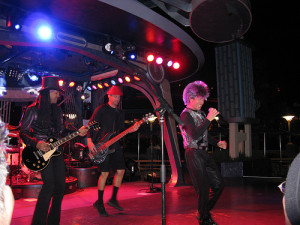 The 80z Allstars also attract a loyal following. The band plays 80s music.  So if you want to re-live the 80s or catch what you missed out on, you can see Nigel Naughty (vocals), Devo 2.0 (bass), Jamie Starr (guitar), and Karate Kid (drums) rocking TLT.

Like Tomasina, you can expect to hear Jamie Starr and Devo 2.0 to take center stage for a few songs. You definitely don’t want to miss Jamie Starr singing “Billie Jean” or Devo 2.0 rapping to “Ice Ice Baby.”

In addition to the regular acts, some other bands that can be seen every so often that are worth mentioning! 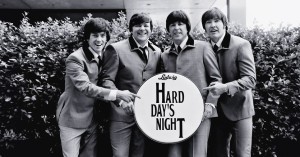 Hard Day’s Night is a Beatles’ tribute band that can be seen playing at TLT.

Suburban Legends is an Orange County ska band that can be seen playing original music as well as Disney cover songs such as “Kiss The Girl” and “I Just Can’t Wait To Be King” at the Tomorrowland Terrace. The seriously talented band that is not so serious includes band members such as Tommy Lee, Hulk Hogan, and Zeus. 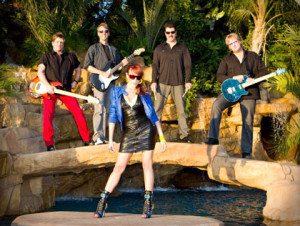 Instant Replay is a band that plays music spanning 7 decades. Though they don’t play at the Tomorrowland Terrace often, they are very interactive allowing audience members to play tambourines and cowbells as part of their sets. 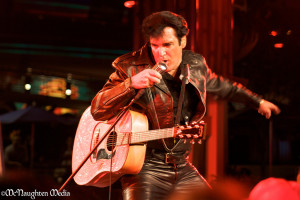 Long live the King. If you’re looking for some Elvis, look no further than a Scot Bruce show at TLT.

If you are looking for some indie/alternative rock, check out The Bolts.

Regardless if you’re a local or a tourist, these independent yet very talented bands that Disneyland brings in is just another reason why you should visit the place to relax and cool down with great music this summer.