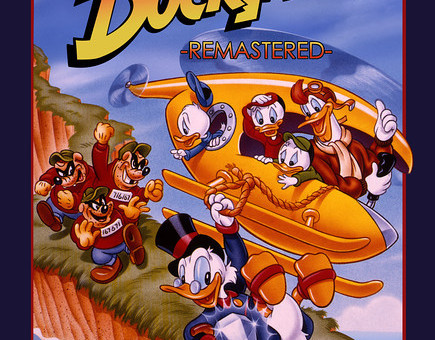 In 1989, Disney Interactive and Capcom developed a game based on the popular Disney cartoon DuckTales for the Nintendo Entertainment System (NES). In 2013, they created a remastered version for Xbox 360, Playstation 3, and Wii U. In this version of the game, they improved the graphics, added a new sound track, and had the original voice cast from the cartoon record new dialogue.

Now for 2015, Disney Interactive decided to port this game onto mobile devices. For this review, I am going to be discussing my thoughts while playing this game on an iPad Mini. 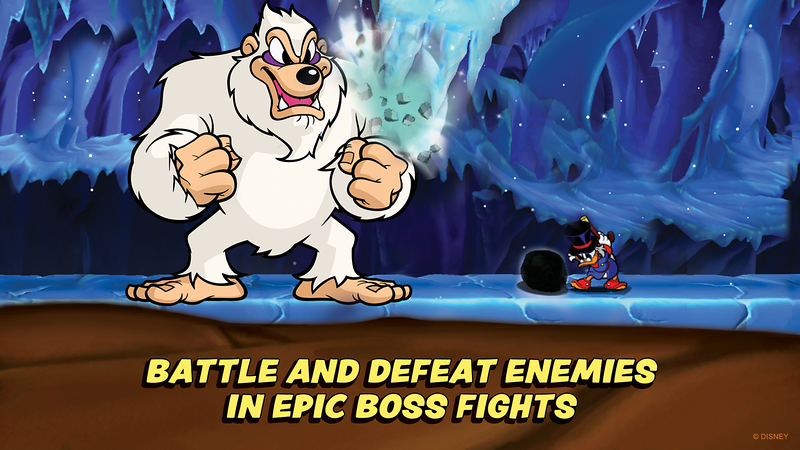 The original DuckTales game is considered one of the best games on the NES. Some of the games on that system included multiple Mega Man and Mario titles. This game is a 2D side-scrolling platformer that plays similar to Mega Man and Mario but has aspects that makes it unique. When you control Scrooge McDuck, you defeat enemies or pass certain hazards by using his cane as a pogo stick. This gameplay mechanic is very fun and is not commonly found in this era of games.

The similarities DuckTales shares with NES Mega Man games (both games are developed by Capcom) are that you can pick the order that you play the game, and that each world contains a boss at the end. This is cool because you can go to a different world if one proves to be more difficult. However, like Mega Man, this game is very unforgiving.

You are given three lives and it is tough to obtain an additional life. Once you run out of lives, you have to start the level from the beginning. This especially hurts when you are at the boss and have to play the whole level again to fight them. Unlike Mega Man, you can change the difficulty to make the game easier.

What also makes this game different from a traditional 2D side-scrolling platformer is that it is not linear. In Mega Man and Mario games, you move left to right and seldom back track. The non-linear nature of this game is distinctive. You are required to explore the level to achieve your objective. All of these factors make this game stand out in a genre that is flooded with other games.

The changes that were made to DuckTales: Remastered were well-executed. The graphics look sharp and the redesigned character sprites look amazing. The new sound track sounds good, but I wish there was an option to change it to the original. This is not the worst thing in the world, but I am a sucker for 8-bit music. It is awesome that they got the original cast to record dialogue for game. They used the cast to add cut scenes that try to make this game have a more cohesive and more noticeable narrative.

However, there are times where the game stops you from playing and starts talking when you collect a certain item. This peeved me because they could have had these dialogue events occur simultaneously while you are playing the game. When you are replaying a level, these events happen at the same spots and it gets annoying hearing them again. Thankfully, they give you the option to skip these events.

You control this game by touching a digital D-pad and buttons on your device’s screen. I am not a big fan of using a touchscreen as an input device. For a game like DuckTales, precise controls are needed because at times you are required to perform some complicated maneuvers. To my surprise, this game controlled decently on my iPad. There were times during the game where I wished I had a traditional controller, but the game controls well enough that it is not a deal breaker. There were times where my controller got “stuck” and Scrooge just kept moving right against my wishes. I fixed the issue by pressing pause, but sometimes this glitch caused me to lose some heat. However, I think that this will be fixed in a software update.

Playing on a smaller device such as an iPhone would make this game harder because there is less surface area to put your hands on. For people with big hands like me, you may want to try this game on a tablet, but for people with smaller hands, a phone would be as bad.

DuckTales: Remastered is a well-made game. Fans of the NES version will enjoy this game for the nostalgic factor. This game can be frustrating due to its difficulty and touch controls but it is worth it to persevere to complete all the of levels. This game is perfect for some on-the-go fun and it is worth your time to check it out.

You can download DuckTales: Remastered on the App Store, Google Play, Windows Phone and Windows Store for $9.99.

Disclaimer: Disney Interactive provided us with copy of DuckTales: Remastered for review.