The premiere of Disneynature’s Monkey Kingdom was on an early Sunday morning.

Talk about how the early monkey gets the mosquitoes! This film might be a documentary but it is just as action packed and heartwarming as any other hit blockbuster movie. Monkey Kingdom focuses on a toque macaque named Maya and her newborn son, Kip. It shows the struggles that Maya encounters being in a low-ranking position in her troop and how she tries to climb up the social strata and provide a better life for Kip.

Like all Disneynature films, Monkey Kingdom gave viewers a closer glimpse of a world beyond our everyday human life. We were lucky enough to get an early screening of the film at The Walt Disney Studios and cover the “green carpet” at the Pacific Theater in LA’s The Grove. It was really great to be part of this intimate event and get to talk to the stars viewing the movie and the director of the film himself, Mark Linfield! 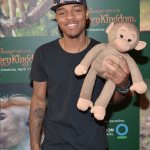 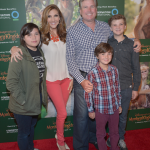 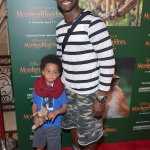 It was really a family-filled premiere with stars bringing along their spouses and children. Not only did these special guests and their families get to watch the film, they also had the opportunity to participate in EMA’s Sustainable Earth Month Celebration right after. From organic food stations to planting an edible garden to upcycling, guests and their children where able to learn about conservation by doing these fun activities!

The Monkey Kingdom premiere was a perfect balance of entertainment and education. It not only featured an amazing film about a certain group of monkeys, it also showed guests the importance of sustaining the environment and easy ways to do it. 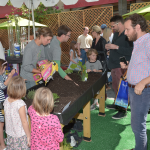 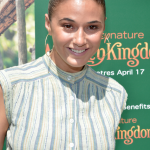 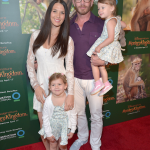 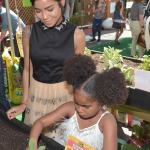 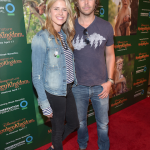 Our video interviews will be coming soon! Also, be on the look out for an upcoming review of the film later this week.

Monkey Kingdom will have its theatrical release on April 17.