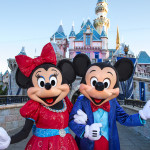 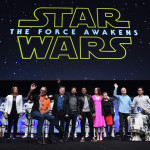 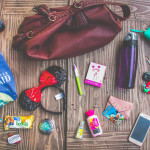 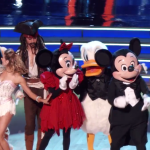 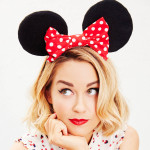 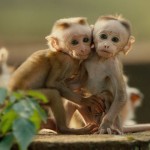 Here’s what’s going on right now at Star Wars Celebration [UPDATING LIVE] – The force is with us this week. Check out all the happenings from the seventh official Star Wars fan convention that include the keynote event, “The Force Awakens” full trailer, merchandise and more!

What’s in His and Her Disney Bag? – Don’t know what to bring with you on a trip to the Disney Parks? No problem! Here’s a survival guide on the essentials you need for a Disney day from a guy and girl’s perspective.

Here’s everything you need to know about Disneyland’s 60th Anniversary Diamond Celebration [UPDATED] – Disneyland’s 60th anniversary is just a month away! See Mickey and Minnie’s new diamond-studded attire and feast your eyes on the food that will sparkle throughout the celebration. Learn how you can also win 1 and 2 carat diamonds and other prizes during the Disneyland Diamond Days Sweepstakes.

This film is bananas. B-A-N-A-N-A-S! [Monkey Kingdom Premiere Wrap-Up] – It’s time to monkey around! We take you to Disneynature’s Monkey Kingdom premiere in Los Angeles on the green carpet. Get a glimpse of the stars who attended to see the heartwarming and action-packed documentary and how they participated in EMA’s Sustainable Earth Month Celebration.

Spielberg + Disney = The BFG – Disney announced that Steven Spielberg will direct a live action film adaptation of Roald Dahl’s children’s novel The BFG. Here’s all you need to know about the cast and crew who will be involved in the project, and when we’ll be able to meet The Big Friendly Giant in theaters.