Earth Day is right around the corner!

Celebrate Earth Day and make a difference in our planet by visiting a local Disney Store on April 22nd to receive a free reusable tote bag (made of 80% recycled materials) inspired by the newly Walt Disney Studio’s Disneynature film, “Monkey Kingdom” with any purchase.

In addition, for every Disneynature plush featuring Maya and Kip, a mother monkey and her son from “Monkey Kingdom,” $1 will be made by Disney Store to Conservation International for purchases made between March 13, 2015 and May 14, 2015. 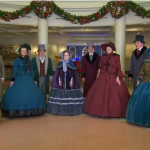 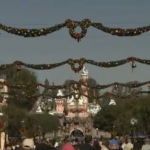 A donation will also be made by Disneynature to Conservation International for every ticket sold during the opening week of the film from April 17-23, 2015.  Proceeds will be used to conserve monkeys as well as other endangered species in their natural habitats.

What are you waiting for?  Go out there and make a difference!