There is some serious Star Wars hype going on. And not just because it’s May the Fourth today!

Just when you thought that the Lucasfilm galaxy couldn’t blow you away even more, it just keeps doing so. Not only is Star Wars continuing its saga through its movies, but it has found a way to tantalize the world of video games as well.

Battlefront’s series came to a halt alongside the last Star Wars’ movie “Revenge of the Sith”, and after a long absence, I am exuberant to say that Battlefront, too, is back.

We got to check out a sneak peek of the upcoming game at Star Wars Celebration just a few weeks ago, in which Electronic Arts created a huge booth for it – complete with a theater to watch pre-Alpha gameplay and hear from the developers.

We won’t spoil you with what we saw, but we did want to share some of the highlights that this new version of the game will give.

The developers of Battlefront 3 will not be that of the original handlers. Instead of Pandemic Studios, DICE will be taking up the reigns in the development of the game. DICE is a company known for its immersion in first player shooters, if it is not evident in its famous ‘Battlefield’ franchise.

Still, DICE has taken a break from its trademark series to focus itself fully on Battlefront. According to what the developers said to us at Celebration, they have meticulously emulated props from the Star Wars movies to simulate in the game. Watching the exclusive 5 minutes of gameplay, I can tell you that I am not using the word ‘meticulously’ for granted. AT-ATs and AT-STs seemed as new to me now as it did years ago in the films.

For the sake of gamers wanting things quick, here’s a bullet point list –

Besides the development, graphics, and gameplay, developers at Celebration also announced what was also a bombshell of an announcement that might just change the gaming world forever. As J.J. Abrams shared at Celebration as well, the dessert planet we saw in the teaser trailers was the planet of Jakku, complete with crashed Star Destroyer and X-Wing.

They are there because there was a battle there, one that would have been the final showdown between the Rebellion and the Empire. In the Star Wars timeline, the Battle of Jakku would have taken place after Ep. 6 and before The Force Awakens, which gave DICE and Lucasfilm developers the genius idea to create that battle in the game for you to play.

This piece of DLC content will bridge the gap between movie and video game in a seamless way and will be more exciting for gamers as they’ll get the chance to play the Battle of Jakku a week before The Force Awakens releases in theaters should they pre-order the game now. 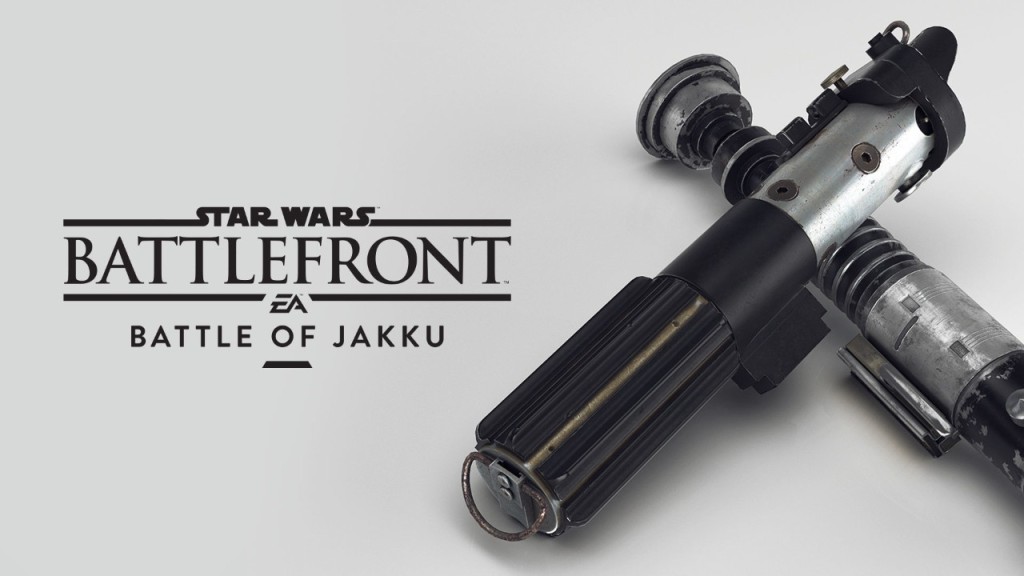 In short, yes, the hype continues.

Also, be sure to follow us through the game’s release for more information as it’s released!