Disney Channel’s hit TV show Austin and Ally is wrapping up its final season. This milestone was celebrated last Monday during a special screening and panel that featured the cast and co-creators at the Paley Center for Media in Los Angeles.

The cast and co-creators made their way down the purple carpet and revealed their thoughts on the show and on each other! I got the chance to meet Ross Lynch (Austin Moon), Laura Marano (Ally Dawson), Calum Worthy (Dez), Raini Rodriguez (Trish), and the co-creators/executive producers Heath Seifert and Kevin Kopelow.

Each and every one of them expressed their bittersweet goodbye to the series after four amazing seasons. Even Seifert and Kopelow formed strong bonds with the cast and crew. “We’re trying to figure out how to work with these guys again, whether it’s a movie…who knows,” they said. It seems like they’re not ready to let go of their Austin and Ally family! 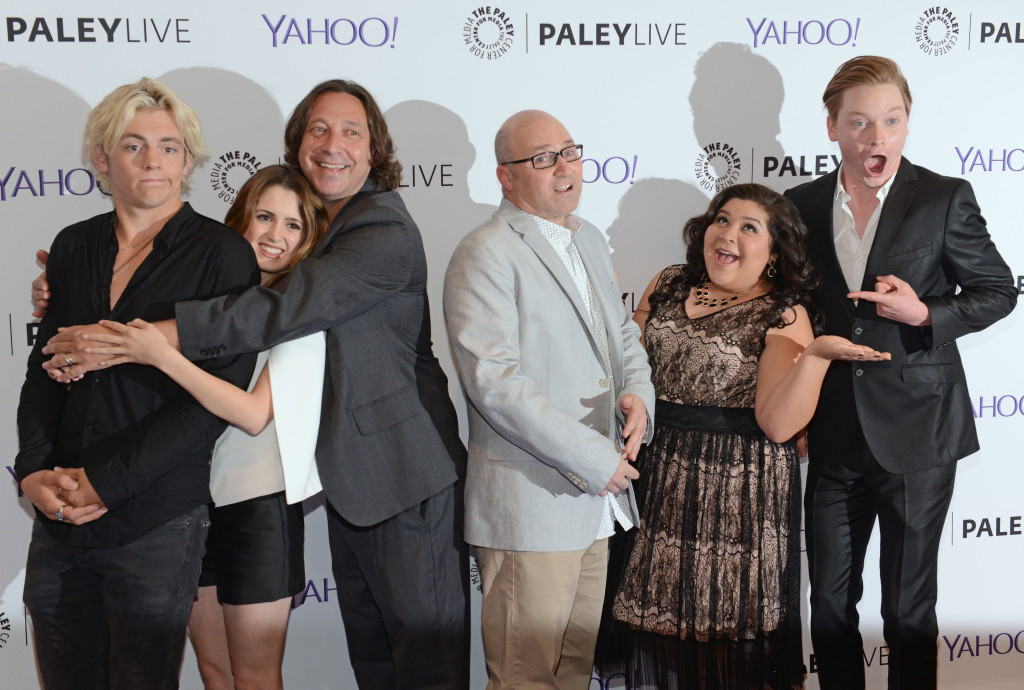 Their entire cast and crew are all so close knit just like the characters they play on the show. The main four are best friends on the show and are just as close off camera! They even admitted that their favorite part about being on the show was that they got to hang out together all the time. “The thing that I looked forward to most going on set everyday was just us hanging out. We had so much fun, just laughing all the time…that was the best thing,” said Calum.

Even Ross said that his favorite thing was the environment that he was in with his co-stars. He said the last day on set was difficult to get through. “It was pretty emotional, a lot of people were crying,” he added. He claims that he wasn’t crying but maybe he did shed a tear or two! It’s hard to not think about how much you are going to miss your co-stars when they are as sweet and funny as the ones on Austin and Ally.

Those who watch the show know Raini’s character Trish is very bubbly and fun – well she is exactly like that in real life as well! Her humorous side admitted that one thing she’s learned from being on the show is how “not to get fired” because her character is someone who was always having a new job. To no surprise, the thing that she is going to miss the most is also all of the people that came with Austin and Ally. “I’m going to miss the cast and crew…all the people in general,” Raini said. She even shared how she shed some tears on the last day filming the final episode and said, “I cried for everything too like, this is the last table read, and the last run through, and the last scene H, and the last lunch before scene H, and this is it. Lots of tears for sure.”

It was very emotional but it was also very inspirational. Raini saw Disney Channel in her dreams from a young age. “When I was 8-years-old I told everybody that I was going to be on Disney Channel, so to be able to say that basically ten years later, I did it… it’s pretty spectacular,” she shared. 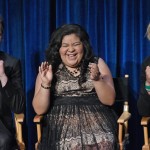 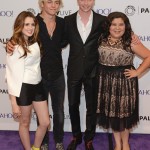 While Raini accomplished a lot with Austin and Ally, she also gained a best friend: she and Laura both referred to each other as their best friends when asked to describe each other in one word. Laura, who plays Ally on the show, like the rest became very close to her cast and crew. Her favorite thing about being on the show was “the family atmosphere”. She enjoyed working with all of them and said, “we are so close, and it’s been like that since day one to be honest, and so I know that these people are going to be my friends for the rest of my life and that’s so nice.” The people are what made the show for Laura.

With such a close-knit cast, it’s very sad to see the show coming to an end. However, the scoop is that the final episode of Austin and Ally is going to be great. Coming directly from the cast, it’s going to be a perfect ending: “it’s unexpected but it’s a perfect cap for the show…it’s the perfect way to see all these characters end their journey,” said Calum.

I guess we’ll just have to wait and see how it all wraps up!