I remember hearing her for the first time as the one who greeted me when I got an early sneak peek at Disney’s “Tomorrowland” at Disneyland in the Magic Eye Theater.

“Hello. You don’t know me, but I do know you. You’re special and you’ve been selected to know about this special place…”

After her brief greeting, I actually got to see the person behind that voice in the sneak peek itself. Her look very much matched up with her voice – proper, poised, yet young. She appeared as a very young Audrey Hepburn or any other fancy-dressed, young actress back in the 1950s and 1960s. It was only appropriate enough, as the sneak peek brought us into the world of the 1964 New York World’s Fair. Even at the end of the 15-minute preview a lot of questions lingered in my mind about this girl, whose name in the movie was Athena.

Athena is played by a young actress named Raffey Cassidy, who very much is like her character from what I found out during my one-on-one interview with her for the press junket for the film just a few days ago.

“I’d say if there’s one thing I have in common with Athena, it’d have to be optimism,” she told me in the same voice that greeted me earlier in the month. Optimism was very much a central theme in the film and Cassidy believes that it’s in that spirit that Athena sees “the future” being built.

As for whose future or “the future” (place) she was alluding to, that’s where many of the lines were blurred and the mystery of Athena began to show through Cassidy herself.

So far, we’ve been teased by the marketing for the film that Tomorrowland is indeed a real place, and Cassidy spoke so optimistically seeing it one day. “I’d definitely live in Tomorrowland,” she said, as if she had already seen it, “it’s an old-fashioned place, not just about technology, where people communicate and gather together to make a better world.”

Still, Cassidy is very much grounded in our own world today with the incredible things that she got to do for Tomorrowland. Athena has a few action sequences in the film and Cassidy was bold and optimistic enough to do her own stunts. “The stunt team was fantastic,” she explained, “I trained with them for months and months, and it never was a frightening thing after that. I just enjoyed what I was doing.”

She even had the out-of-this-world opportunity to work with a leading man in Hollywood, who happened to be a beacon of optimism during filming as well. “George [Clooney] was always the one who’d cheer everyone up when the days were long on set,” she said, “he’d just start rapping and everything was better.” 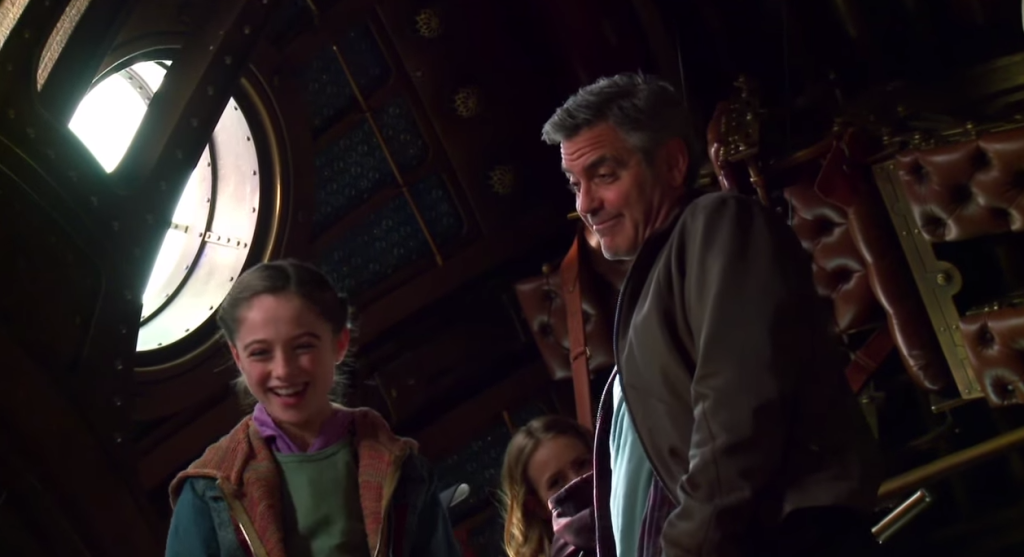 Working with Mr. Clooney and doing stunts in a Disney film might be great for anyone, but towards the end of our interview, Cassidy seem to still have her mind on what the future of our world should be: “I want our world to be a very communicative one, where neighbors were best friends and everyone greeted each other no matter who you were…” I had to constantly remind myself that I was speaking with a 12-year-old who believed that social media is detrimental to the future of society.

Still, every answer that Cassidy gave also reminded me of how closely tied with Athena she really was. Call it great casting and acting, or her just regurgitating pre-written PR answers, but I believed this girl and what she had to say about everything. I really was speaking with the Athena I first heard and met at Disneyland in the Magic Eye Theater weeks ago and when I asked her about Disneyland, it all came together.

“When I went to Disneyland during filming, I couldn’t help but notice that everyone was so happy and enjoying and talking to each other,” she said, “I’d like to think that Disneyland is our Tomorrowland.”

My optimistic mind was blown. I’m all for making Disneyland my Tomorrowland any day, too.

We’ll have more about “Tomorrowland” and its Disney connections in future stories leading up to the film’s release on May 22. 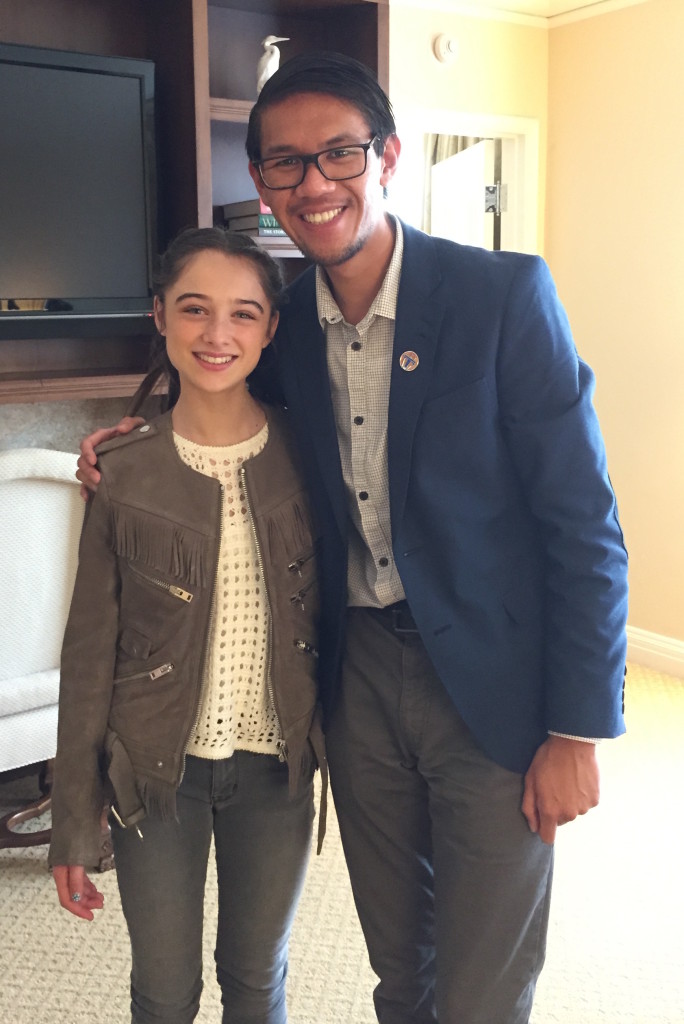