I’ve never been on a cruise before and as such, one might be cautious about reading my review on a cruise.

But I wanted to cruise. I heard they were fun and I told myself that I would, but just like my other first-time experiences, I would want it to be the best.

Disney Cruise Line has been heralded as one of the best cruise lines on Earth: #1 in customer service, #1 in amenities on board, #1 choice by families. Like all things new, it didn’t start with those accolades, but they have certainly earned them over time.

The idea for Disney to enter the cruise line industry was a bold one – to make better the worse aspects of cruise vacations. After years of research, they implemented their grand plan with the creation of their first cruise ship, the Disney Magic, back in 1998.

Over a decade and a half later, Disney Cruise Line remains at its best with three more ships, each one sailing a different part of the world each day. The itineraries are ever-changing and the number of satisfied guests who take part in them grow with every nautical mile.

It all sounded like the best I was looking for, and so it was anchors away for my family and I as we recently finished our first ever Disney cruise that took us to Alaska. It was Disney Vacation Club’s first member-only cruise to the nature-filled state, so although some of our experiences would differ, many things remained the same.

Over the next few weeks, I’ll be sharing a few of my thoughts on those offerings that Disney Cruise Line gives its guests on and off board the ship. I’ll touch on seven areas: Atmosphere, Service, Staterooms, Entertainment, Food, Shopping, and Amenities.

It’s all in hopes that I can at least get many of you thinking about what it’s like to sail under those iconic mouse ears.

If there’s anything else about Disney Cruise Line you’d like to know more about throughout these posts, tweet me at @jordiepoblete or email me and I’ll see what I can remember and share. 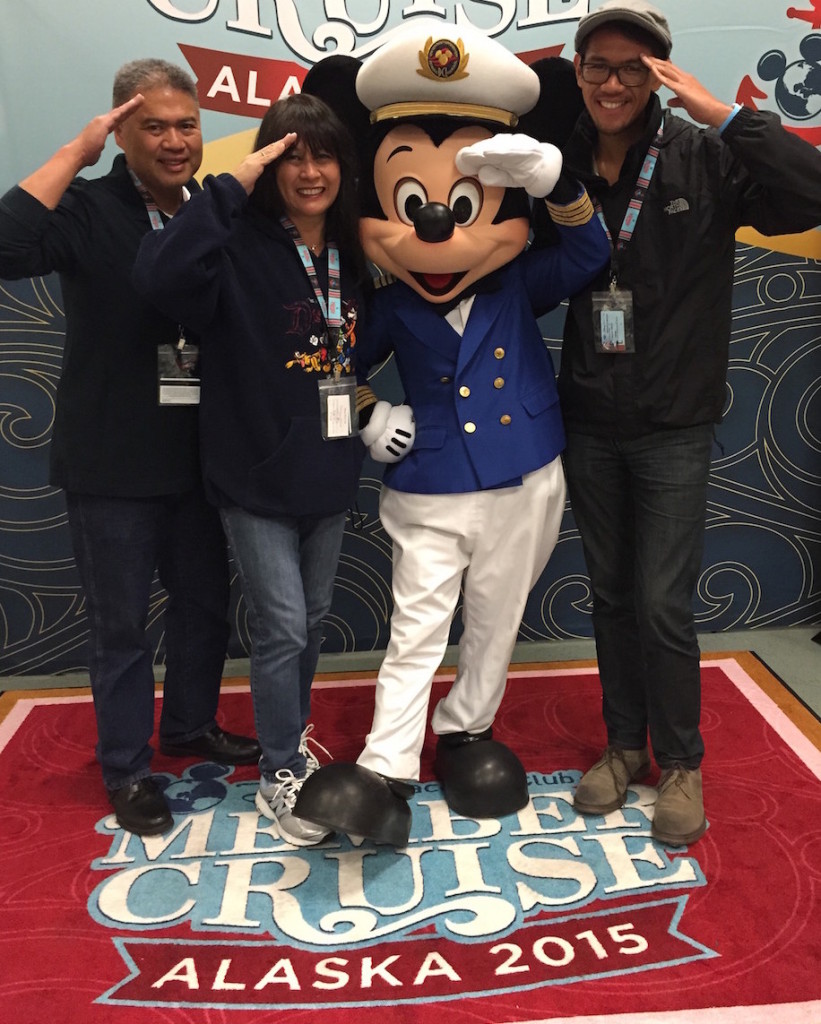