E3 is the most important video game conference of the year and yes, Disney had a big presence once again on the show floor.

All the major video game developers and publishers descended upon the Los Angeles Convention Center to present the world what they have planned for the year. Among them were Disney Interactive (Disney Infinity), Electronic Arts (Star Wars Battlefront), and Square-Enix (Kingdom Hearts III).

Here’s all the major game news that each of these developers shared about their upcoming games.

Be sure to also follow along with us on Twitter for the latest Disney game news straight from the E3 show floor continuing through Thursday! 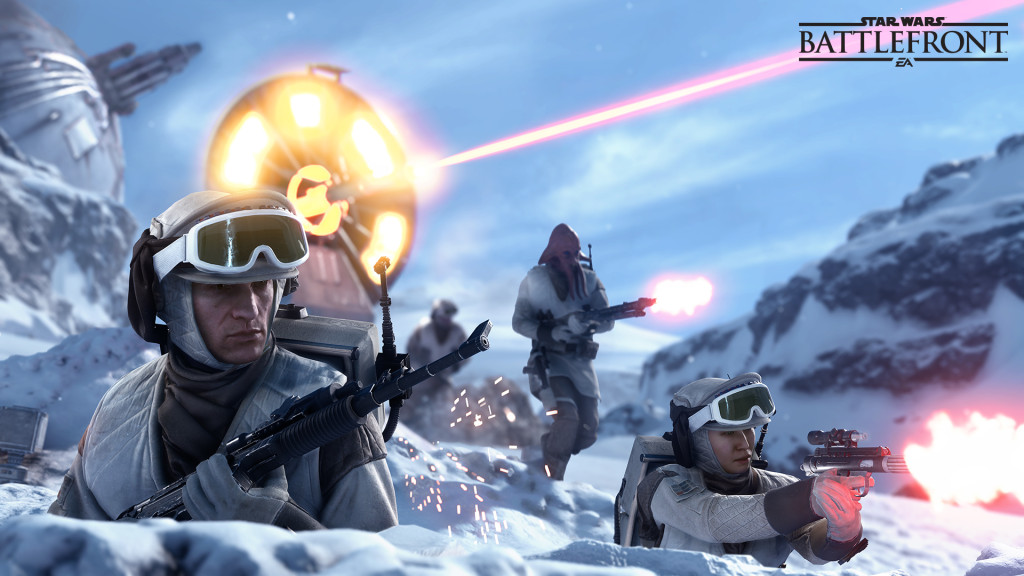 We got a chance to play Star Wars Battlefront, the newest game from DICE that is being published by Electronic Arts. We played a level that was based on the Battle of Hoth in Episode V, which is one of the most iconic battles in Star Wars history. Playing the game for the first time was a treat. Before playing this game, I was worried a bit about how the game would turn out based on the past iterations of it. However, my fears were quickly squashed and I was impressed by what this game had to offer.

What is interesting about this game was that you get to play as a soldier in a battle from Star Wars. You either get to fight for the Rebel Alliance or Galactic Empire. For this battle, I fought for the Rebel Alliance. One of the coolest aspects about this game allows players to also take control of vehicles from each faction of the Star Wars universe. During my play-through, I got to control rebel air/space ships such as an X-wing and a T-47 Airspeeder. While flying these vehicles I got to engage in combat with some of the finest weaponry from the arsenal of the Galactic Empire. Overall, this is a very genuine Star Wars game that takes into account the player not as a player, but a character in the Star Wars realm.

My biggest gripe about this game is the difficulty it took to accomplish a mission. I’m not the best gamer in the world, but the multi-player mode that we got to demo seemed more difficult with the AI elements and other good players joining in. I don’t want to read into my experience too much as it was just a part of the bigger game that EA has yet to share with the world including campaigns and extras like their big movie cross-over content in The Battle of Jakku. If it was any indication, this game will be a challenge to play as much as it is to enjoy. 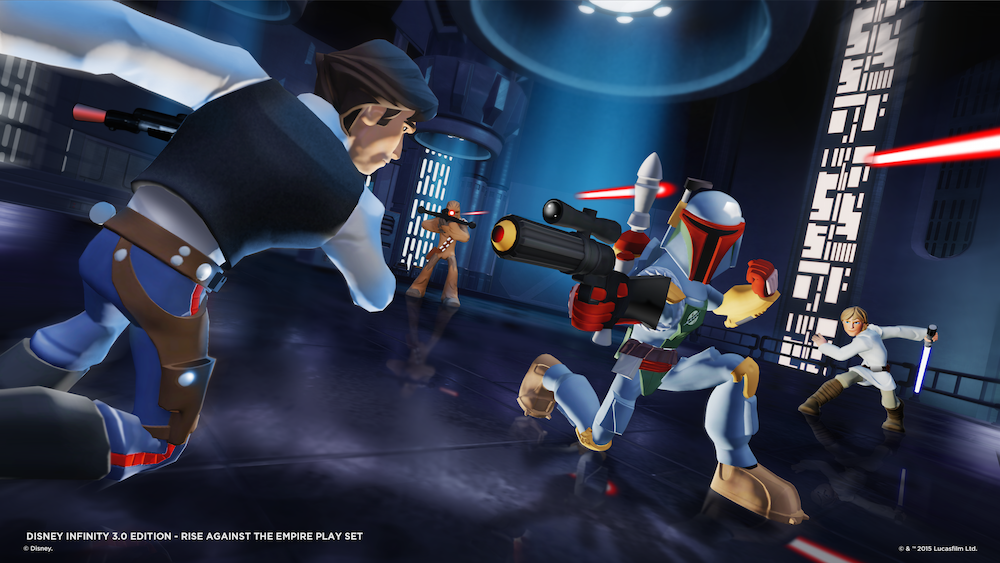 Disney Interactive once again featured their money-making game system on the show floor. Disney Infinity has seen a lot of progress since it’s reveal a few years ago. With every new version of the game system, Disney has always tentpoled it with another franchise to join in on the fun. For 3.0, the Star Wars universe joined as a play set allowing players to play as characters like Han Solo and Luke Skywalker and battle using lightsabers and snowspeeders. It was also announced that Boba Fett would also be a new playable character.

After having played the game myself, it is certainly nothing like Star Wars Battlefront. The gameplay isn’t based off any Star Wars story, but the characters and things like vehicles and items used are true to their film counterparts. One could say that it is a “kid version” of Battlefront, but we’d like to think of it as another take at playing Star Wars that anyone could enjoy.

Of course, Disney Infinity won’t be done with its development as developers said more and more play sets are coming. Disney•Pixar’s “Inside Out” characters will be made available once the film comes out and we expect more Star Wars-related items will be made available in conjunction with the release of The Force Awakens toward the end of the year.

Square-Enix knows how to keep secrets under wraps until the right time and that time was during their press conference today at E3. They announced Kingdom Hearts Unchained x (pronounced “key”) coming to iOS and android, as well as a new trailer on the long-awaited Kingdom Hearts 3. 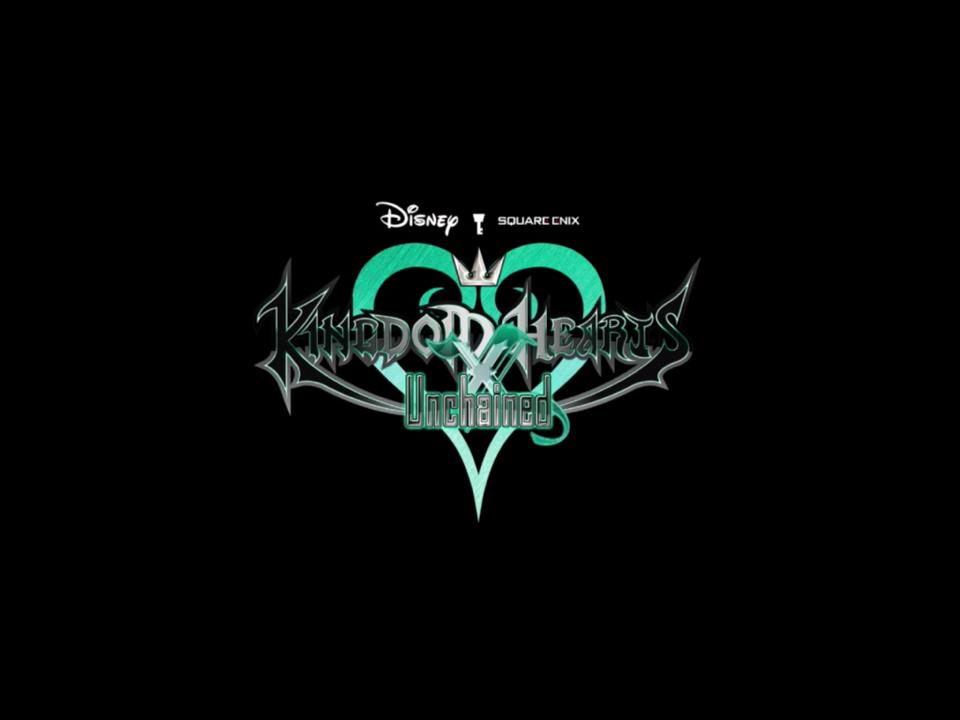 Kingdom Hearts Unchained χ goes way back to before the keyblade war that has been talked about in prior Kingdom Hearts Games. One aspect of the game that is different is that players create their own keyblade wielders that would explore fantasy worlds that only Disney could create.

Some of the key features of this game include:

Additionally, news was finally released about the continuation of the Kingdom Hearts franchise. Kingdom Hearts 3 has been on every fan’s mind since the reveal trailer back in 2013. During today’s press conference, Square-Enix revealed the first trailer for the upcoming game that included new characters and worlds. In a surprise move, developers said that Disney’s animated film “Tangled” would become one of the new worlds that Sora and friends would adventure in. People were even more excited to see Sora in a new costume! 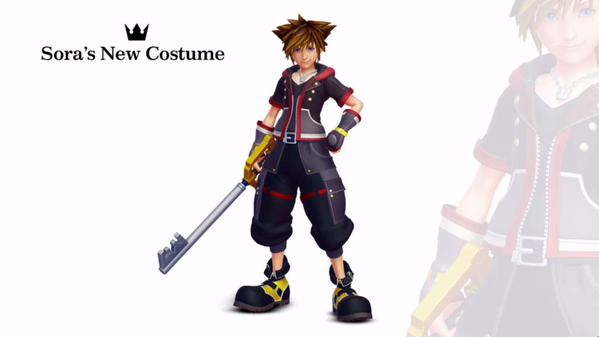 Director of the Kingdom Hearts series Tetsuya Nomura also made an appearance at Square-Enix’s booth to talk more about both games. You can read the highlights from his interview at the Square-Enix booth by visiting our Facebook Page.

Our special thanks to Kingdom Hearts Insider for contributing to our coverage of this year’s E3! Be sure to follow them for the latest Kingdom Hearts news.