“You are definitely going to cry because of Inside Out,” I was told before I saw the movie. I laughed because I’m normally not a crier during movies, but apparently it took a movie about emotions in order to get mine all out!

The 15th Pixar feature tells the story of an eleven year old girl named Riley Anderson (Kaitlyn Dias) and the emotions she experiences after some major life changes. These emotions have lives of their own as Joy (Amy Poehler), Sadness (Phyllis Smith), Fear (Bill Hader), Anger (Lewis Black), and Disgust (Mindy Kaling), and the movie shows how these characters interact with and affect Riley and her life. 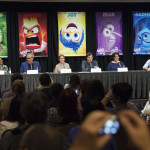 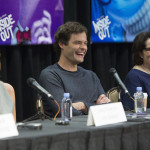 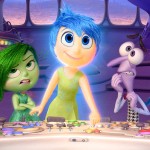 The cast did an amazing job portraying their characters: they even admitted in a press conference that their roles fit their personalities very well! The actors portraying Riley and her parents (Diane Lane and Kyle MacLachlan) did a particularly great job voicing a family going through a wide spectrum of emotions, and it was wonderful to see and hear how these characters were brought to life by a talented cast.

Each emotion was depicted as deeply complex, and it was fun to see how their different personalities fit together in Riley’s mind. The only criticism I could offer is that most of the movie was focused on Joy and Sadness, which isn’t necessarily bad, but I would’ve loved to see more of Anger, Fear, and Disgust as well. Their own moments in the movie left me wanting more!

Inside Out was also very visually appealing: the external characters’ world was visually contrasted with the world inside Riley’s mind, yet both were created purposefully and with incredible detail. At a certain point the animation even plays with different kinds of visual media – it was great to see the animators really pushing the boundaries of animation in this film. 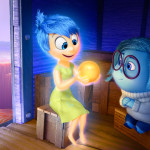 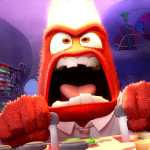 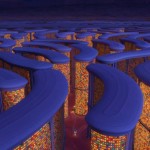 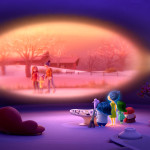 Of course one of the most important parts of the film is the story, and even though I did indeed cry during Inside Out (multiple times, I’ll admit) I can’t deny that the movie actually invokes many different emotions. There were, of course, well-known Pixaresque moments of sadness, but the movie also made me laugh out loud with joy, worry with fear for the characters, and even experience anger and disgust at the way characters were acting at some points. The movie does an excellent job not only introducing the audience to each emotion, but also helping them experience those emotions themselves.

Perhaps what makes Inside Out so great is its ability to connect emotionally with a wide variety of audiences. Riley as an eleven year old girl struggles with conflicts that many people understand such as self-image, friendship, homesickness, and even moral dilemmas. The movie does not shy away from portraying real life; rather the emotions that are depicted on screen accompany a story that almost everyone can relate to. 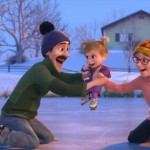 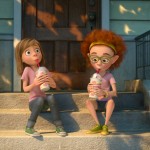 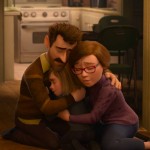 In this way the film is very mature: it isn’t afraid to show realism rather than idealism, but goes even further to show how the bad and good in life can go hand-in-hand. It actually felt very nice to cry during the film, because it also acted as a reminder that every kind of emotion is important to shaping who we are – it’s a great lesson for people of all ages.

Ultimately the movie is about growing up: about how you learn how to identify yourself, how you make choices, and, most importantly, how you relate to those closest to you. I think that it not only excels in its voice cast and its visual designs, but furthermore discusses many important topics that children – and all people, really – need to hear once in a while.

All in all, Inside Out is a very emotional movie both in subject and in effect. It’s that great combination of humorous, thought-provoking, and sentimental, and will definitely find its way into many Disney fans’ hearts. Check it out for yourself when it releases in theaters this Friday, June 19 – and let me know if you cried too!