Most honeymoons are usually a time where a newly wedded couple is able to share their love for one another for the first time together. For budding animator Jim Murphy, at the time, that was entirely true, but little did he know that he’d leave his island honeymoon with another love.

That love was that of Hawai’i itself. “I immediately fell in love with the beauty of it,” he said, “the tall mountains, lush greens, deep blue sky, mighty volcanoes…There’s just so much to love.”

Among those many things was the love he had for the music. “I remember listening to Israel Kamakawiwo’ole’s version of  ‘Over the Rainbow’ and falling for it right then and there. I listened to it often for a year,” he told me in our one-on-one interview about his new Pixar short, “it’s really how Lava began.”

Lava is Murphy’s passion project that began nearly four years ago after being inspired to create the short when returning to Hawai’i with his family for vacation. It all came together when he researched how volcanoes were formed during the time they were celebrating his sister’s wedding. He commented, “she was just getting married for the first time at 43, so she did a lot of waiting…something that volcanoes also have to do to reveal themselves.”

He didn’t know how to play the tropical instrument, but his love to tell this story led him to learn it to write the song. “It was all rather quick. I came up with the chorus first and then focused on the verses to have them be the ones that move the story forward.”

Once he had the whole song written, it was time to pitch the whole short to John Lasseter in order for it to get produced, just like other Pixar shorts. For those who work at Pixar, they know it takes more than talent to sell someone like Lasseter on an idea and Murphy knew it wouldn’t be long before the song he wrote would make attempt at making a successful smile on Lasseter’s face. “When I was with development, they really pushed me to have the song be the pitch. So, I buckled down and practiced to make it perfect.”

A long, long time ago

There was a volcano

Living all alone in the middle of the sea.

He sat high above his bay, watching all the couples play

And wishing that he had someone, too.

For years and years…

I have a dream I hope will come true

I wish that the earth, sea, the sky up above

Would send me someone to la-va.

The song charmed its way into Lasseter’s heart and the result was the green light (and a large smile). It was then off to making the song charm the world in the final version for the short.

For that, Murphy convinced his producer Andrea Warren to take a trip back to Hawai’i to find the perfect voices that would sing as the volcanoes Uku and Lele.

“There was this Hawaiian music festival and awards ceremony happening shortly after we got the green light to produce,” Warren said, “all the singers we were interested in for the roles were going to be there, so it seemed crazy not to go.”

Among the many they wanted to hear from were Kuana Torres Kahele and Napua Grieg. With both being natives to Hawaii and popular as singers, they seemed like the ideal choice. It wasn’t until they both sang that they knew these two were the real deal. “Although all the voices we heard were great, we had to remind ourselves that we weren’t just looking for singers. We were casting,” Warren continued, “We needed the two to embody the spirit of Hawai’i and Kuana and Napua gave that to us.”

Murphy and Warren later found out that Kuana and Napua actually knew each other when they were kids. “It was just all meant to happen, for us to cast them,” Warren said.

They recorded their voices shortly afterwards at studio in Los Angeles, but there was only one thing missing – the instrumentals. Typically, professional studio musicians are brought in to record the instrumentals. Lava was going to be no exception, except it was. With the whole short already inspired by Hawai’i, it was obvious that the music needed to be, too. Murphy said, “We had the pro ukulele player play to a click track, which, I think, destroyed the emotion of the song.” 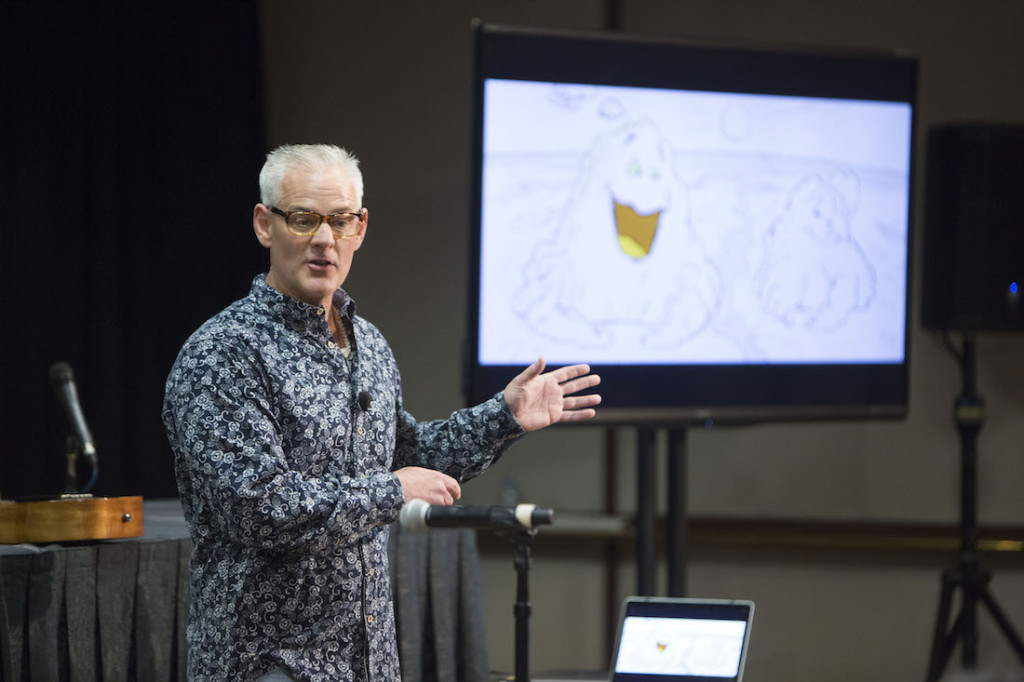 Murphy made it a point to change the rhythm of the song based on the emotions going on in the story. He being the author of both song and story, it was clear that he should record the ukelele instrumental for the short.

With only picking up the ukulele for just a few months for the purpose of this short, Murphy was hesitant at his ability, but a meeting with a country star at John Lasseter’s wedding anniversary party encouraged him to play. He said, “Brad Paisley knew that was working on this project and I told him that I was having trouble with this ukulele thing and he offered to hear and give me advice.” After one play-through of the song, Paisley made it even more clear: “Jim, no one will be able to play that song in that way beside you.”

It was Brad Paisley’s encouragement that gave Murphy the confidence to record the ukulele for the short just shortly afterwards.

The result is a simple love song that will get stuck in your head. Together with the love story being played out with equally beautiful animation, Lava is very much a Pixar short that challenges what we think of as entertainment and leaves us “lava-ing” the new definition of it with each new film they make.

For Murphy, that definition of entertainment stems from that song he wrote and the things that inspired him to write it. From the love of the Hawaiian Islands to the love he saw in his sister’s eye as she got married, he believes it was all an expression of love that he felt he needed to share with others.

I can only impose that Murphy hopes that we’ll now accept his gift with the lots of love and aloha. 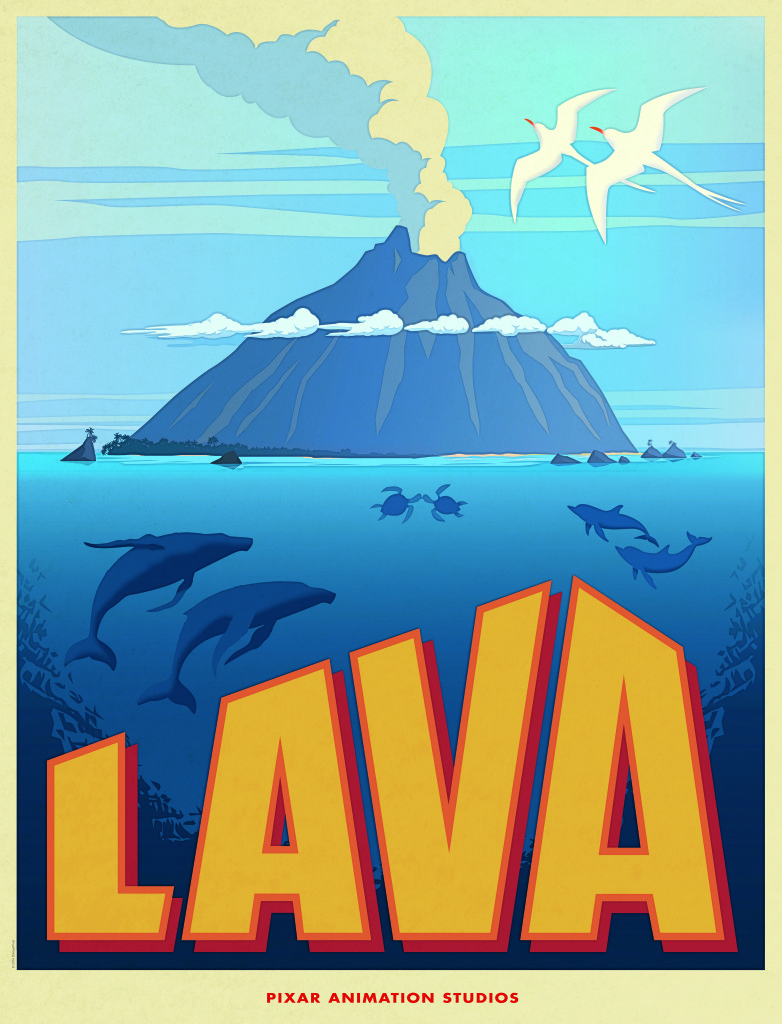 My utmost thanks to Jim Murphy and our friends at Pixar Animation Studios for taking the time to share his story with me. I lava you all, friends!