A movie has been recently released last week which generated large amounts of revenue at the box office, and when I say ‘large’, I mean Tyrannosaurus Rex large.

According to Forbes magazine, this movie made about $208.8 million domestically and $524 million worldwide on its weekend debut making it the largest opening box office weekend in history. What movie could ever have procured such Dino sized monetary gain?

If you guessed Jurassic World, you are correct! Now you also may ask, “what is a Disney-centered site doing writing about a non-Disney product?” The answer lies between the theme both properties hold.

In short, Jurassic World is a place where things that were gone for quite some time are brought back to the world for entertainment. This piqued the public’s interest, so thus a resort was built. If that story sounds familiar, that’s because it is! Disneyland was created in a similar vain and therefore a similar look and feel.

If you visit the movie’s website, it would provide an overview of the entire park, including office hours and ticket purchases. Using the film’s success as a precedent, imagine the potential Jurassic World would have if it did exist. Despite the dinosaurs however, we do have something similar in existence: Disneyland. 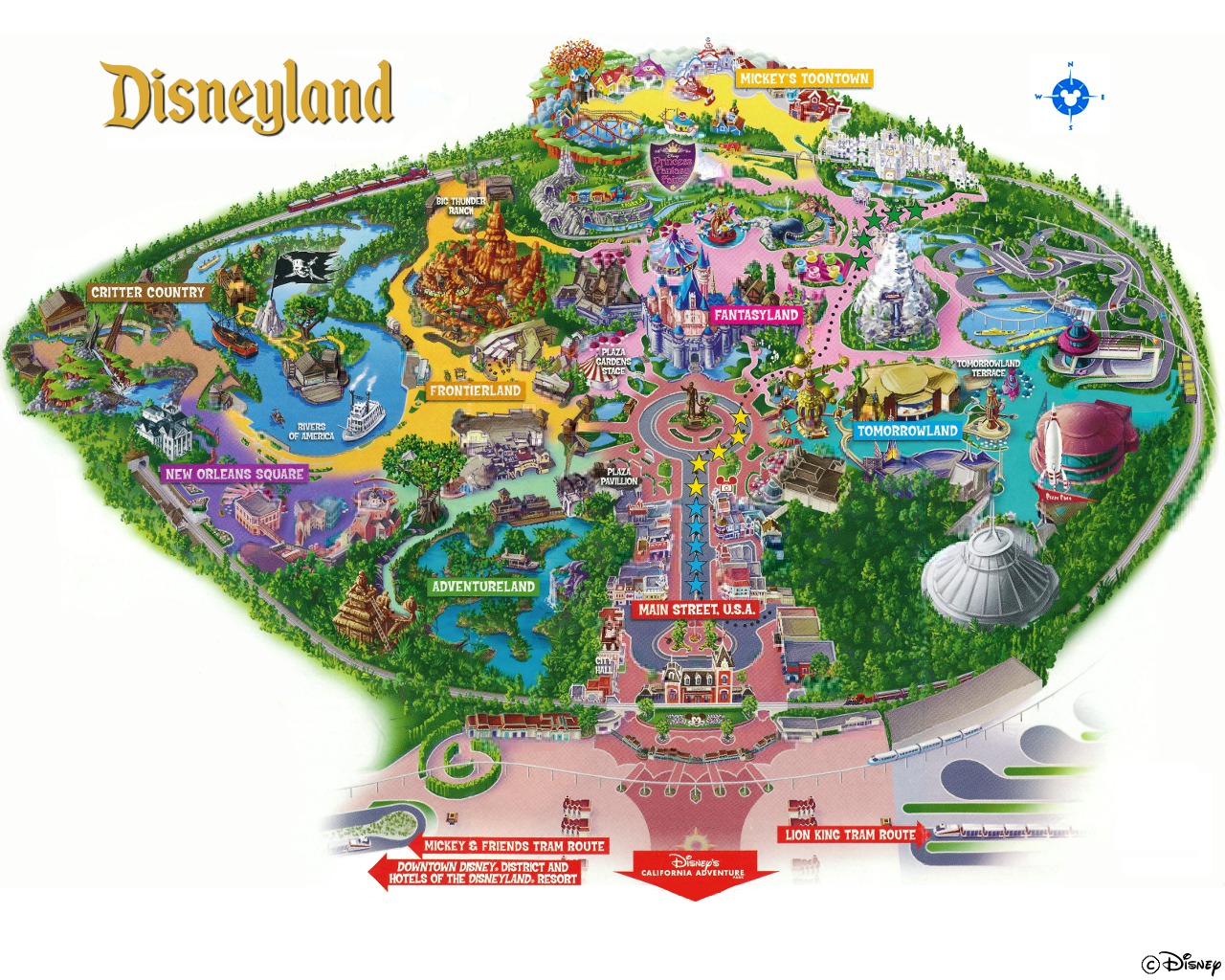 To start off, both pieces of land maintain a main street which then branches off to the other ‘districts’ of the resort. Both hold a ferry, a monorail system, a petting zoo, the chance to go canoeing, and an innovation inspired area, with Jurassic World having theirs titled ‘innovation center’ and Disneyland’s Innoventions in Tomorrowland. 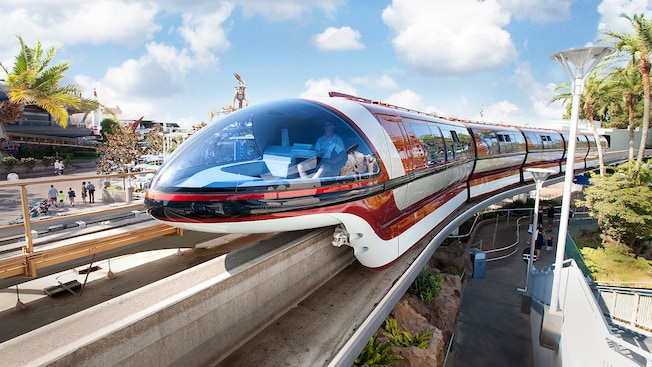 Disney has always been a beacon of innovation for the purpose of entertainment, and this is evident in the monorail system in Disneyland. Disneyland’s monorail is intended to alleviate the time and energy used walking to and from the park and Downtown Disney. Brought in 1959, the monorail holds the record of being the first transportation system of its kind in America.

In Jurassic World, there is also an innovative type of transportation used to further the guests’ experience in the park, and this invention is titled the Gyrosphere. The Gyrosphere is a glass ball that utilizes the ‘invisible barrier system’ which is used to protect guests from potential dangers like the tail of a Ankylosaurus or venom from a Dilophosaurus. Both parks are tailored to fit all ages, specifically accommodating to families. Does this notion sound familiar? 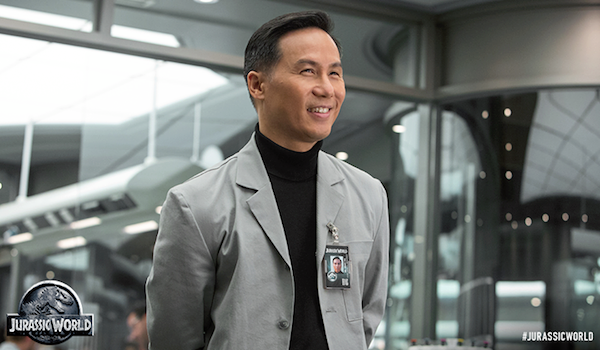 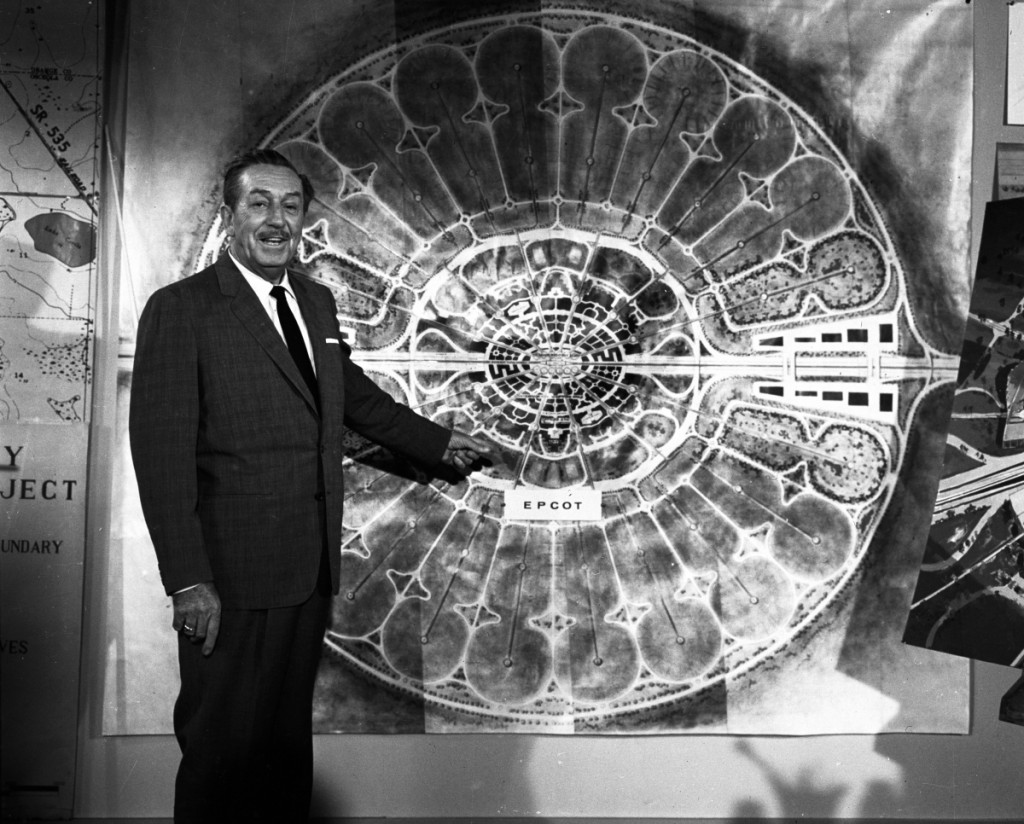 Despite the differences in theme, both parks also share something intangible: the drive to move forward. Jurassic World’s plot is to introduce the Indominus Rex, a genetically altered dinosaur meant to be displayed as a newer, bigger and scarier dinosaur. This meant that significant amounts of thought and effort needed to be put in order to produce such a creature, which pushes the boundaries of resources and science.

The drive of moving forward in reference to innovation is also evident in Disney’s theme parks. Walt wanted to create memorable experiences for his guests, so with the help of his famous Imagineers, they were able to create them – from the Audio Animatronic dinosaurs you see while on the Disneyland Railroad to the ones you see on the Dinosaur attraction at Walt Disney World.

These are just some of the similarities you’ll see should make the trip to Isla Nublar. Hidden Mickeys – not so much.