To celebrate the anniversaries of twelve classic Disney films that we all know and love, Walt Disney Records presents a new collectible line of CDs, Walt Disney Records The Legacy Collection, featuring original soundtracks and documentary content telling the story behind the music.  To honor the latest additions to The Legacy Collection, here’s an overview of what you can expect from the Disneyland (60th Anniversary) and Cinderella (65th Anniversary) collectible albums. 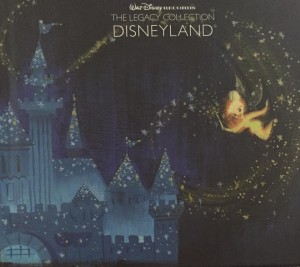 2015 marks an exciting year for the Disneyland Resort, celebrating 60 years of magic.  It’s no surprise that Disneyland meant a lot to Walt Disney,

…it’s something that will never be finished.  Something that I can keep developing, keep plussing and adding to – it’s alive.

Growth and changes have definitely made an impact on the Disney Parks, just as Walt originally intended, but one thing that has remained the same since Walt’s time is music – the ultimate tool for storytelling.  Music is essentially a universal language with the capability of conveying all sorts of emotions.  Walt could not imagine each land of his park without music. He intended the music to create the magic we all feel when we immerse ourselves in his imagination. I could not imagine being in the park without any music at all!  It’s what makes me feel more connected to the land that I am in, making the atmosphere that much more “alive” as Walt would put it.

The 3-disc album contains 54 tracks, consisting of “Walt Disney’s Dedication of Disneyland” speech, music from some of your favorite shows and attractions at Disneyland and Disney California Adventure, and even a few older tracks from the past.  Also included is a 28-page cover booklet showcasing historical information on how music is portrayed at Disneyland, as well as conceptual artwork and attraction posters from the 1950s to present. 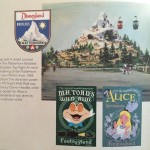 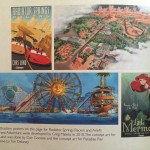 Although this is a celebration album of Disneyland’s 60th anniversary, don’t expect any tracks from the Diamond Celebration night time spectaculars such as Disneyland Forever, Paint the Night, and World of Color – Celebrate! The Wonderful World of Walt Disney.

Keep in mind that a majority of the tracks from the “Disneyland Resort Official Album” are also featured in this Disneyland Legacy Collection album.

Grab a copy at the Disney Parks and Resorts available now and disneystore.com on August 21, 2015! 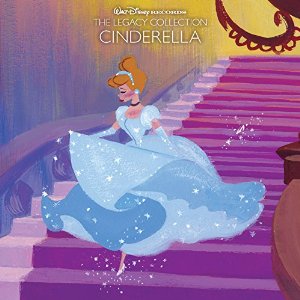 To celebrate the 65th anniversary of the 1950’s Disney animated Classic Cinderella, Walt Disney Records has brought together a compilation of tracks from the film, and has added it to The Legacy Collection. The 2-disc collectible album includes over 30 tracks such as songs from the original soundtrack, 7 lost recordings, and 9 bonus tracks. The album also comes with beautiful illustrations and concept art from the movie by Lorelay Bove. This album is definitely something a Disney/Cinderella fan would want to add to their collection!

As the orchestral music played, I could envision the whole movie in my head. From the scenes of where Cinderella was cleaning and singing in the hallways as her reflection appeared on bubbles floating across the scene, or even visualizing Gus, Jaq, and the rest of the gang helping out their dear “Cinderelly” by sewing her dress. Honestly, to this day, I still sing The Work Song to myself word for word whenever I clean my own room (in the voices of the mice of course… No judgement please!).

The songs eluded me to reminisce on all the emotions I felt as a child when I watched Cinderella’s trials, heartaches, magical moments, and happily ever after. I listened to music, but was still visually stimulated. The wordless choir paired with the soft orchestral background made the Godmother scene so much more dream-like and ethereal. The quick notes and resounding sound of the clock striking twelve STILL makes me nervous. The music was able to personify different actions and emotions perfectly. When a movie triggers perfect visualizations of scenes JUST by the music, that’s when you know it is a classic. The music made it all the more magical…without it, it wouldn’t have been the same! If you are a lover of this classic Disney animation, then you’ll surely love this Walt Disney Record from The Legacy Collection.

This album is now available for you to purchase at the Disney Parks and Resorts and disneystore.com.

Songs that are still recognizable and relevant to audiences even 65 years later is timeless music. It’s safe to say that the music from this film was pure magic. Not only will you hear it, but you’ll definitely feel it.

Listen to the sweet song reminder that any little “dream that you wish will come true.”