Disney Interactive and Lucasfilm released the official Star Wars app that will bring out your inner Jedi. The new free app brings breaking news, media, social updates, special events, and interactive content straight to your phones, available for both iOS and Android.

Here’s what you can expect from the app: 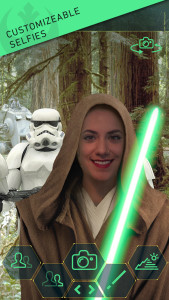 Users can create their own Star Wars ID, choose an avatar, and build a profile. Customize themes in the app with light side, dark side, or droid interfaces with various designs, sounds, and animations of your choice. Look forward to discovering new features, products, and experiences with upcoming app updates that’ll help you countdown to Star Wars: The Force Awakens.

Download Star Wars for free via the Apple App Store or Google Play.