It was a nerve-wracking day for one of Pixar’s supervising animators Sanjay Patel. On that day not too long ago, he played the role of a Pixar director about to show an audience his new animated short. He entered the room with his producer Nicole Grindle and sat down with a confident smile on his face. The lights dimmed and the short played.

After 7 minutes, it was time to see what everyone else in the room thought. Patel was nervous for the reaction to only two people in that room – his mom and dad. As the lights came back on and the courtesy claps started, his dad came up to him crying and wanting a full hug. Patel gladly obliged, stress-free.

Patel’s parents didn’t just enjoy the short because it came from their son. They mainly enjoyed it because they saw themselves and what makes that up.

At its core, Sanjay’s Super Team showcases both Patel’s Indian culture and Hindu religion – two things that he never appreciated when he was growing up. “Let’s face it. When you’re an immigrant, you’re different. And ‘different’ people want to stay in the shadows,” he said to DisneyExaminer in an interview at Comic-Con in San Diego this year.

He held that disdain toward both his culture and religious roots even while he was in America and starting at Pixar. He admitted that he never felt like part of the greater Pixar family while working there either because of his differences. That ultimately would change when he got the chance to pitch John Lasseter his differences in the form of a short film. 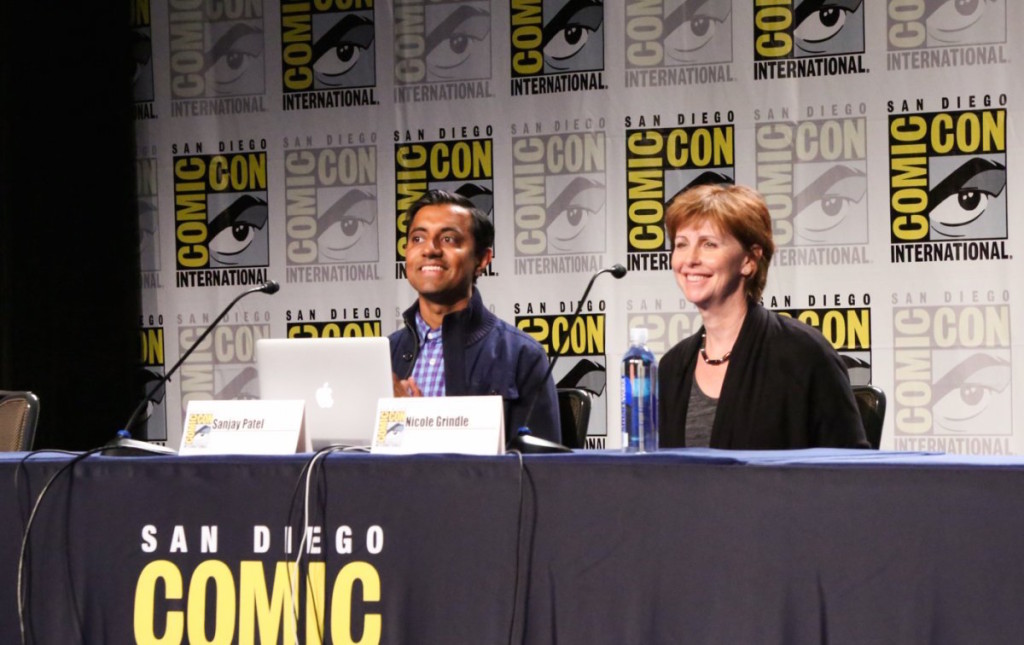 “The idea of being bored with your culture or not interested really resonated with me. John [Lasseter] knew how I felt and wanted to change that. So once the short was greenlit, he said ‘This is your story. Let’s even title it after you!'”

From there, it was all about retracing his life story back to his childhood where he first started feeling those differences. “Little Sanjay” in the short is a young representation of Patel and places the setting of story at the time those differences were at its strongest. Patel wanted to tell a re-conciliatory tale that shows his appreciation for his culture and religious roots: “simply put, the short is my attempt at how I worshiped my gods on TV, while he (his dad) worshiped his at his shrine.”

To make that attempt, Patel brought in his love of drawing and pop culture that started at a young age. He was inspired by all sorts of things that flooded his childhood – Anime, classic Indian dances, American TV cartoon heroes. As with most Pixar projects, research was done on the Hindu gods to make an authentic and lighthearted representation of them. Patel’s own children’s book was even one of those research items! Patel’s own mind was also a key source of story information on his dad’s mannerisms toward his religion.

As a result, you’ll see some Marvel tie-ins and even pictures from the Patel family photo album.

For Pixar, this is a short that does fuse religion and race to make a statement about diversity. “That’s what’s great about this place,” said producer Nicole Grindle, “this studio is filled with talent that belongs to people with different ethnic and religious backgrounds. We’re just weaving it all together to tell that story.”

Patel also commented on the way the short brings these different cultures to public attention, saying, “Pixar’s name carries a lot of weight, and I think the idea of Pixar’s name being put right beside a really far, esoteric culture that maybe could sometimes be marginalized, and is not always in the limelight, is really cool.”

Beyond a call for social change, Patel more simply believes the short to be a revisiting of a story of his family and heritage: “it really merges what I’ve ignored my whole life. It was about time I came home.”

That’s ultimately why Patel’s father was crying after he saw the short for the first time.

That’s why Patel wants to take a family trip back to India with his parents and own family.

That’s why you might feel the sudden urge to hug your dad or mom and appreciate them for who they are and what cultural and religious home they’ve passed down to you.

Are you getting the standard Pixar “feels” yet?

Sanjay’s Super Team debuts in front of Pixar’s next feature film “The Good Dinosaur” on November 25, 2015. 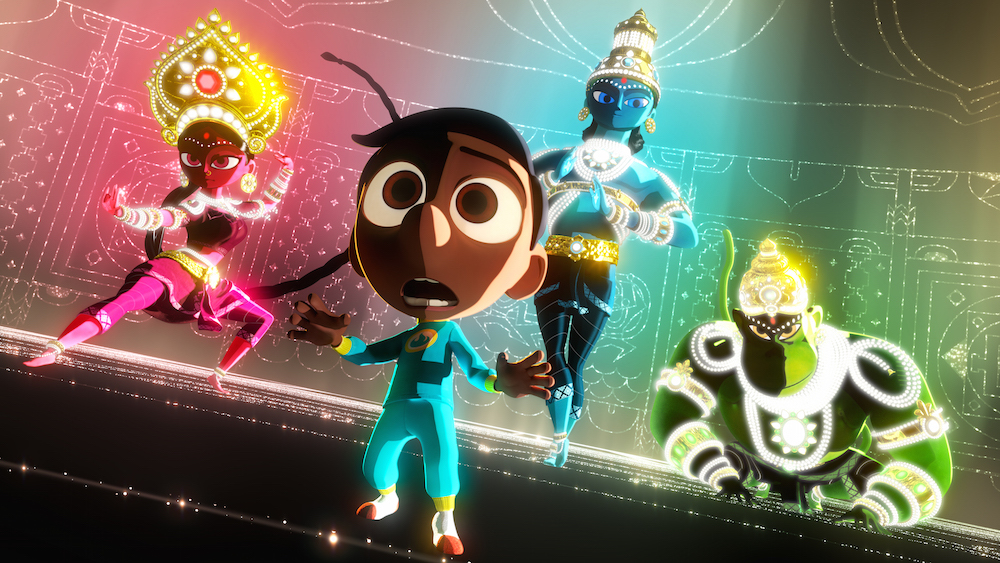 Stephen Huynh and Jordan Poblete contributed to this story.