The Disney Legends are indeed legends.

It’s a designation is given to those individuals who have contributed to the overall entertainment industry and The Walt Disney Company. They include directors, executives, animators, and much more. Current Legends include people like Lea Salonga, John Lasseter, and the late Robin Williams. 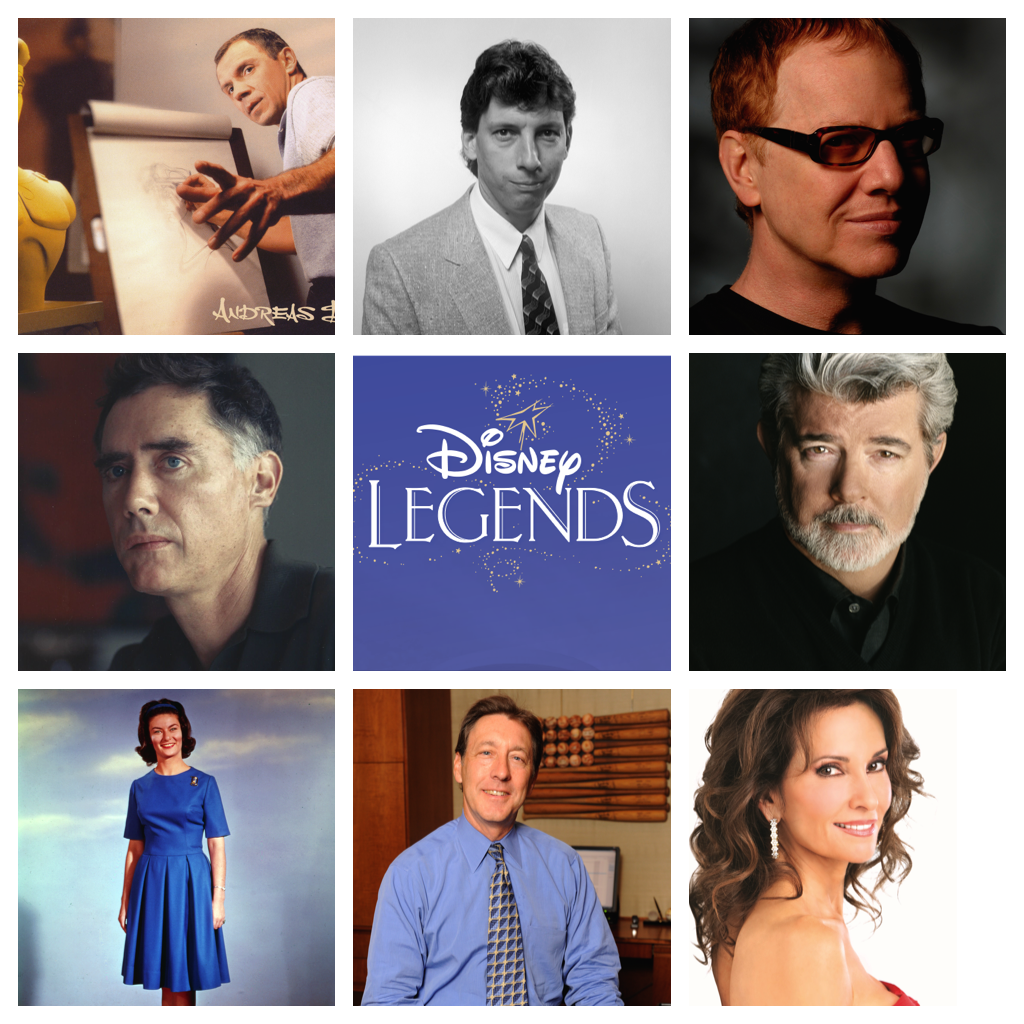 This year, Disney has named a new set of talented individuals to become Disney Legends. This year’s honorees include:

GEORGE BODENHEIMER, who retired from his role as Executive Chairman of ESPN in May 2014, enjoyed a remarkable 33-year career that began in the company’s mailroom in 1981. Working his way through the ranks, he became executive vice president of sales and marketing in 1996, before being named the network’s fifth president in 1998. He held that role until 2012, when he stepped down from day-to-day operations.

ANDREAS DEJA is a link to Disney’s past and one of the greatest animators of its modern era. Deja is known for his rich portraits of villainy, having animated Gaston for Beauty and the Beast, Jafar for Aladdin, and Scar for The Lion King.

EYVIND EARLE, one of the greatest of Disney artists, brought his unique style to a number of memorable projects but perhaps the purest realization of his vision remains the visual styling and backgrounds for the Disney classic Sleeping Beauty. Earle’s career with Disney began in 1951, working on background artwork for Peter Pan.

DANNY ELFMAN provided the songs and score for The Nightmare Before Christmas, for which he also provided the singing voice of Jack Skellington. He also scored several Disney films including Alice in Wonderland, Avengers: Age of Ultron, Dick Tracy, Dead Presidents, Flubber, Good Will Hunting (Oscar® Nomination: Best Score), A Civil Action, Instinct, Frankenweenie, and Oz the Great and Powerful.

GEORGE LUCAS, whose Star Wars films made him one of the most successful filmmakers of all time, is also a longtime Disney fan who has left an indelible impression on Disney parks. His first project with Disney was Captain EO, the 1986 3-D spectacular starring Michael Jackson and directed by Francis Ford Coppola. Star Tours and Indiana Jones Adventure at Disneyland, as well as Indiana Jones Epic Stunt Spectacular at Disney’s Hollywood Studios.

SUSAN LUCCI portrayed Erica Kane on ABC’s fabled soap opera All My Children for 41 years, a role that TV Guide deemed unequivocally the most famous character in the history of daytime television, earning Lucci 21 Daytime Emmy® nominations to which she won the prestigious Emmy for Best Actress to an industry-wide standing ovation on her 19th nomination.

CARSON VAN OSTEN helped bring Disney characters to life in a variety of media, all around the world, for three decades. During Van Osten’s tenure, he oversaw creative content for motion picture tie-in advertising, many Disney publications, and also established some of the first licensing style guides for Disney Consumer Products.

The honorees will accept their honor at a special ceremony happening at the D23 Expo this year on Friday, August 14 at 10 AM in Hall D23.

At the event, the honorees like each one before them will each one will receive a two-foot-tall bronze sculpture and get their hands imprinted on a plaque that will be put on display at Disney’s headquarters in Burbank, California.

Congratulations to all of this year’s Legends! It’s great to see this 28-year-old tradition continue and even more lesser and well-known names getting a well-deserved award for their work. They all show that with their legendary and magical contributions that have made us all the more happy.

Stay up to date on the latest D23 Expo news by following us on social media and visiting our Newsroom on the D23 Expo show floor this year!