Just a few minutes ago, Disneyland “secretly” debuted a new experience that everyone has secretly has been wanting: a mobile app.

Tech-hungry Millennial locals and tourists alike can now enjoy Walt’s 60-year-old Magic Kingdom and its sister park through modern innovation that aims to better the experience for guests visiting the California Disney resort by ensuring that they are informed without having to ask a cast member.

The new Disneyland app will show information for both Disneyland Park and Disney California Adventure Park including live “official” estimated wait times for attractions, GPS-enabled maps that include locations of character appearances, PhotoPass areas, restaurants, and restrooms. Entertainment showtimes will also be packed in. 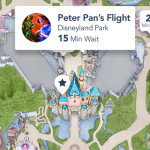 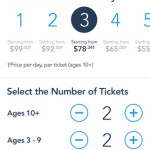 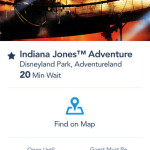 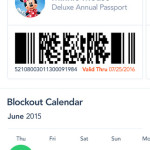 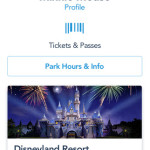 In addition to the information, guests will be able to use the app as an admission ticket media. The app will allow the purchases of single and multi-day tickets, which will be delivered as a barcode so that guests can head directly to the gates instead of the ticket booths. Annual Passes will not be available for purchase via the app at launch.

However, Annual Passholders (except Premier Passholders) get that same ticket barcode benefit for entry into the theme parks, but both Passholders and ticket holders will need to use their physical ticket to get FastPasses and any associated discounts/benefits. Pass information like blockout dates will also be available to view.

By releasing an app with so much information, many other mobile apps like the popular MouseWait app that have served the masses with “unofficial”, crowd-sourced information will have to adjust their purposes to compete or face being replaced.

Even so, some think that those existing apps have more to offer than just information, namely due to their large followings and ease of use, according to some.

@jordiepoblete Yes and no. I think crowd-sourcing wait time apps like @MouseWait have built-in communities that won’t just go away..

Sorry to say but @mouseaddict is easier to use than the @Disneyland app.

While this is only the first version of the app, early adopters can be eager to hear more about the capabilities of the new technology and some future planned advancements at the Walt Disney Parks and Resorts keynote presentation at the D23 Expo next week.

For now, you can test the app yourselves by downloading it for free on the Apple App Store and Google Play Store.