The D23 Expo opened with a packed panel presentation for the new ABC show the muppets. coming to a television screen near you on September 22, 2015.

Amidst reminiscing about the past, commenting on the new show, and many laughs, Dave Goelz, Steve Whitmire (Kermit the Frog), Bill Barretta (Pepé the King Prawn, Rowlf), Eric Jacobson (Fozzie Bear), and Matt Vogel (Floyd Pepper, Uncle Deadly) told us more about this fan-favorite cast of characters and their upcoming adventures. 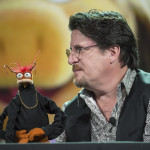 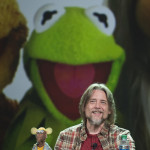 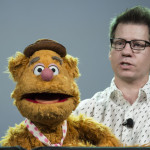 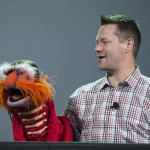 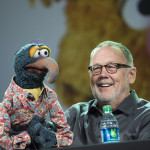 Here’s what we learned from the panel:

The panelists confirmed that this new mockumentary style adds a different spin to the well-known behind-the-scenes aspect of the Muppets. Barretta told us more about this style, saying that the show, “explores their lives and their relationships behind a talk show they’re producing.” Jacobson further commented on the way the mockumentary affects what we see on screen, saying, “the style gives you a different view of the characters, their personalities. You’re getting to see them in candid moments.”

This new style will hopefully add even more to the already-loved comedy of the Muppets.

2) The Muppets have new roles

The panelists revealed that the muppets. will revolve around the characters’ lives as they attempt to create a late night talk show. Each Muppet has a new role: Kermit acts as producer, Miss Piggy as talk host, Fozzie Bear as her sidekick – and various other characters will be introduced with new roles as well. Rowlf, for example, even owns a tavern where the Muppets gather after work.

These new roles hint even further at the way the new show will expose the personal lives of these characters.

3) The show will be for both children and adults

When asked how the muppets. will be updated with modern comedy, and whether or not the show will be more edgy, Dave Goelz laughed that the show would be appropriate for children, but also that, “we’ve always worked to amuse oursleves.” He closed the question commenting on how the creators do not aim for a target audience; rather, “we like to amuse ourselves, have great fun, and not offend anybody.” 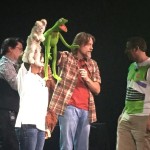 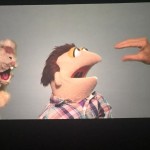 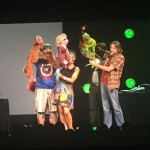 The panelists invited volunteers to the stage to experience working as a Muppets puppeteer. During the demonstration they gave tips on how to control a Muppet successfully, such as keeping your arm pointed straight up, and always making sure the characters are interacting.

The panelists also commented on their experience as puppeteers, saying that while they do play characters, they do their best to review scenes as objectively as possible.

It was interesting to see the panelists reveal the workings behind Muppet puppeteering. Their interaction with volunteers blurred the line between Muppet and puppeteer, allowing the panelists to show what kind of effort goes in to playing these characters.

Sadly, Miss Piggy and Kermit are officially broken up – but the panelists affirmed that this was a good thing. They spoke on how rocky the relationship has been over the years, and further hinted that the new show will involve Miss Piggy and Kermit moving on. While this relationship seems to be a hallmark of Muppet stories, it is interesting to see the creators move the characters in different directions.

The panel revealed that audiences can definitely look forward to a whole new kind of Muppets show. At the same time, the panelists spoke about how these new ideas will join with classic Muppet humor.