Disneyland is the place that we tend to associate with Walt Disney’s home away from home. However, not many people know about his journey to where he lived when he first arrived to Los Angeles before his private apartment above Main Street’s Firehouse. Here’s a fascinating look at the Hollywood homes that Walt Disney and his family lived in throughout his lifetime. 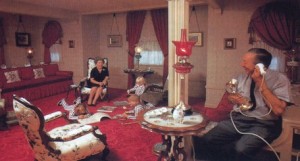 Walt with his family in their apartment via justdisney

Walt Disney acquired his own studio called Laugh-O-Gram with Fred Harman at the beginning of his animation career in 1920. However, studio profits were insufficient to cover the employees’ salaries, which lead to Walt filing for bankruptcy. In 1923, Walt Disney left his studio in Kansas City and boarded a train for the movie industry’s capital city, Hollywood, California. When he arrived to California he rented a room in his uncle Robert’s place at 4406 Kingswell Avenue. Walt stayed here from August to September of 1923 as he searched for work in Hollywood.  His uncle charged Walt $5 a week for rent, which was often paid by his older brother, Roy.

Walt had his mind set on being a director at one of the major studios at the time. That goal seemed too distant to becoming true so he set up shop in his uncle’s garage and started making cartoon reels for movie theatres.

He decided to move out of his uncle’s place to a one-room apartment at the Olive Hill Apartments for two months. Afterwards, he moved to a cheaper place and shared a room with Roy.  The two brothers also rented a room in an office building a couple blocks away from their apartment to create cartoons that helped start Disney Bros. Studio. They created their hit “Alice Comedies” and began to hire other artists to help create more cartoons. 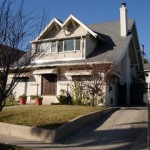 Where Walt and Roy shared a room.

After a year the brothers decided that it was time to get their own separate places. Roy decided the best way to get a place of his own was by asking his fiancé, Edna Francis, to come to Los Angeles. They got married at uncle Robert’s house on April 11, 1925. Walt followed suit and got married to Lillian Bounds on July 13, 1925 in Lewiston, Idaho.  The newlyweds first rented an apartment at 4637 N. Melbourne Avenue but soon discovered it was much too small for them. They then decided to move to a larger apartment on 1307 N. Commonwealth Avenue.

In June 1926, Walt and Roy put a deposit down on an office building on Hyperion Avenue with the success from their studio. They moved on from the “Alice Comedies” and introduced a new character, Oswald the Lucky Rabbit. Little did Walt know was that his distributor, Charles Mintz, owned the rights to Oswald’s cartoons. Walt continued to help out with the cartoons, but ended up creating his most iconic character ever made: Mickey Mouse. 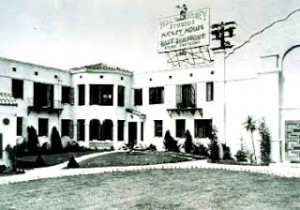 With time, Walt and Roy ended up buying identical homes on Lyric Avenue with the earnings from their cartoons. Roy and Edna lived at 2491 Lyric Avenue, which was next door to Walt and Lillian. It was at this home where Walt had created his first Mickey Mouse cartoon, Plane Crazy.

As Walt’s success grew and his family was beginning to grow, they moved into a larger home in Hollywood Hills. Roy and Edna in 1934 moved out of their Lyric Avenue home and relocated to another house around the Hollywood/Burbank area.

The five-acre property in the Los Feliz area cost $50,000 to build and was completed within two months. Architect Frank Crowhurst and Walt himself designed the home, which Walt and his family lived in from 1932 to 1950. 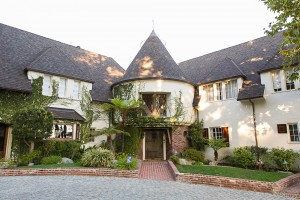 This storybook-like home provided the inspiration for Walt’s animated fairytale films like Sleeping Beauty, and served as the place where he would find beloved stories like Mary Poppins and Winnie the Pooh. The house featured a panoramic hill top view of the Los Angeles area. Walt even had one of the bedrooms converted into a screening room primarily to watch popular movies from different studios. 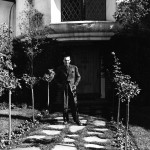 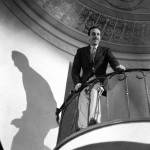 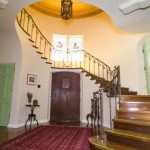 Staircase in the house. via Glamour 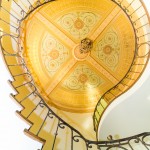 The mural painted by grad student via Glamour 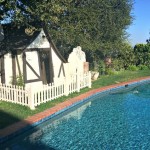 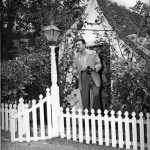 Walt in front of the cottage. via Glamour 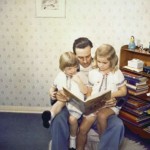 Walt reading to his daughters. via Yahoo! movies

In June 1948, Walt and Lillian bought their dream home as a “25th anniversary present to themselves.” The Holmby Hills area of Los Angeles had more room to expand, a more private neighborhood and was home to many other celebrities at the time. Their home took well over a year to complete and they moved in by 1950.

In addition, Walt built a large swimming pool for his daughters. Beyond the pool was a two-story building with a room housing motion picture projection equipment. Below the room was a four-car garage and service area. The main reason Walt wanted this particular lot was because he was determined to put his soon-to-be famous miniature railroad, The Carolwood Pacific, with all of the land he had. 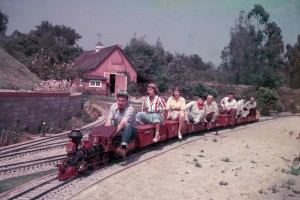 The railroad ran from December 1950 to May 1953. After a young girl got burned by steam from the engine Walt had to stop its operations. He also built a barn he could use as his own workshop.

Both Walt and Lillian continued to live in the house until their respective deaths. Unfortunately, the Holmby Hills home, complete with a train, has since been torn down and is now home to the Carolwood Estate. The Woking Way house remains as the main standing residence of Walt Disney and his family.

Many of us like to consider Disneyland as our home away from home just like how it was for Walt Disney himself. Before the creation of Disneyland he didn’t live in a cottage built by seven dwarfs or an enchanted castle. He moved around from house to house, and kept wanting the best home for himself and his family. No matter where Walt Disney lived he managed to always find some sort of magic and inspiration.

Although some these homes are torn down or privately owned there’s one location where you can witness a piece of Walt’s history: his barn! If you’re interested in visiting the barn it is open every third Sunday of the month. Check out the Carolwood Foundation website for more information.