The idea for this story was pitched by Anne K. at this year’s D23 expo! Thank you for sharing your ideas with us. If you think you have a good story in mind, pitch your ideas here!

When we bring up the subject of Marvel we tend to automatically think about “male” characters. Of course this is a male-oriented franchise, but what about the female characters that are featured in these hit blockbusters? Have they influenced the audiences just as much as their male counterparts, or are they there just there for the romantic subplot in these films? Are these women making an impact on younger audiences?

My answer: YES, these female characters are more than just love interests, and are great role models for girls AND boys. Let me tell you why.

These women are smart. 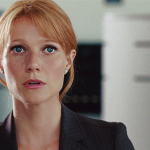 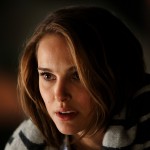 Pepper Potts and Jane Foster are the two people that pop up in my mind when I think about Marvel female characters that use their brainpower. These two women are known for being intellectual, independent, and tenacious.

We have Pepper Potts who first starts off as Tony Stark’s personal assistant in the beginning of the Iron Man franchise and eventually becomes CEO of Stark Industries by Iron Man 3. She not only is level headed and smart, she also shows compassion and patience toward the erratic Tony Stark.

In the Thor franchise, Dr. Jane Foster shows that same kind of intelligence and stability. As an astrophysicist she shows so much enthusiasm for her work, and her meeting of Thor and his world furthers that curiosity of the universe.

What I love about these women is that they are only human, yet they are so powerful in their own right. Marvel is a world full of superheroes with superhuman strength and abilities, but these women are doing it all on their own. They don’t have machines that fly or are gods with super strength. They are hardworking people that are constantly learning and using what they know to make a difference. Their humanity is very refreshing in a world full of superheroes, and it shows audiences that being a superhero is more than having super powers. Having the ability to learn, persevere, and show compassion toward others is a pretty great gift to have.

These women redeem themselves. 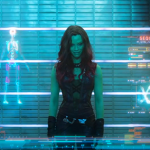 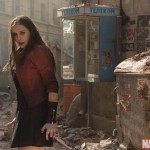 Some of these Marvel female characters didn’t start off with good intentions. Two prime examples are Gamora and Scarlet Witch. These two women showed that it’s never too late to switch to the good side.

Gamora in Guardians of the Galaxy is the definition of a fighter. She is a trained assassin of Thanos, so she does have a pretty solid upbringing hinting that becoming a villain, for her, wouldn’t be that surprising. However, after learning that Thanos was going to destroy planet Xander, she rebels against him. Gamora seeks the orb that Thanos needs to destroy Xander, to sell to the Collector so she can go as far away as she can from him. She then decides to team up with the Guardians to defeat Ronan.

Scarlet Witch from Avengers: Age of Ultron has a similar background as Gamora. Like Gamora, she was also an orphan with her twin brother, and was trained to go against the Avengers. Her powers of hypnosis and telekinesis are used to defeat the Avengers, but by the end of the film she uses her powers to help them and ultimately become part of the new Avengers.

Gamora and Scarlet Witch show that there are bad people that do good things and good people that do bad things. These women are more of the latter. These two characters show that people can right their wrongs, and that it isn’t too late to do the right thing. Their story lines are essential in showing audiences that even though being raised to be evil doesn’t necessarily mean that you become an evil person. These women show that you have the choice in being the person that you want to be. They show that even though you did some horrible things you can bounce back from them and redeem yourself.

These women can kick butt. 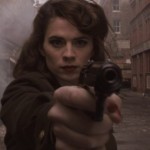 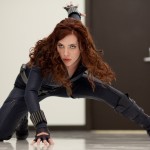 Now we all know that Marvel does not slack on being action-packed. All the men are exceptional fighters, but the females know how to kick butt. Peggy Carter in the Captain America franchise shows audiences that she is more than just a pretty face. She’s an officer for the Strategic Scientific Reserve and doesn’t need a man to protect her. As this character is living in a very male-dominated time period, she shows a lot of independence. She shows that not only is she pretty handy with a gun, she has the courage to go out there and fight. She is also the only female Marvel character to star in her own television series Agent Carter.

Black Widow is the epitome of a Marvel character that kicks butt. She is the only female character to be part of the original Avengers squad, and aside from Hawkeye, she is the only human on the team. This goes to show that Black Widow has major courage, strength, intelligence, and athleticism to be part of a team with non-human superheroes. This gives her the label of being a superhero in her own right. What’s great about Black Widow being human is that most of her fight-scenes throughout the Marvel franchise are just pure hand-to-hand combat. Her physicality and pure athleticism are showcased through these epic battles, and her strength and toughness really shine through.

These women show that not every female character is a damsel in distress. Women have the ability to protect themselves and others around them. They have the skills and physicality to go up against the bad guys and be a person not to be trifled with. These female characters show audiences that women really can kick butt.

Though most of these women are labeled as “supporting roles,” or “love interests” they have proven to be so much more. These Marvel female characters are heroes and role models for young audiences. They show that being an extraordinary human being is just as important than being a superhero. They show us that the females featured in this popular franchise are just as marvelous as the males.