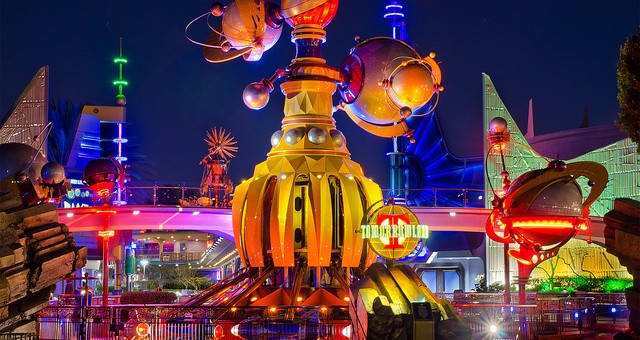 We all know that many Disney movies inspired the creation of popular rides at the Disneyland theme parks, but did you also know that it went vice versa? A handful of popular attractions at the theme parks actually inspired the making of some Disney movies! With the upcoming Blu-Ray & DVD release of Tomorrowland on October 13, we began to think about what other Disney attractions have taken a leap to big screen.

Though not exactly a ride, Tomorrowland opened on July 17, 1955 at Disneyland. It is one of the most well known themed lands featured at five Disney theme parks, and has numerous attractions that depict views of the future. The 2015 film adaptation stars George Clooney and Britt Robertson. Clooney’s character is a former boy-genius named Frank, while Robertson plays a curious teenager named Casey. The two embark on a danger-filled mission to unearth the secrets of an enigmatic place known as Tomorrowland. 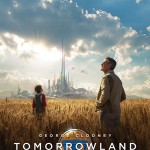 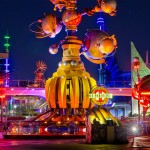 Pirates of the Caribbean

Everyone is familiar with this one! The ride opened on March 1967, and originally told the story of a band of pirates wreaking havoc in a town. Pirates of the Caribbean: The Curse of the Black Pearl (2003) was Disney’s first successful movie adaptation that was inspired by a Disneyland ride. The blockbuster was such a big hit that it sparked a popular franchise, and the ride itself was renovated to include more elements featured in the movie. The success of this franchise renewed Disney’s interest in exploring movie ideas based on attractions, and we can’t wait to see what they have in store for us! The fifth movie of the film series, Pirates of the Caribbean: Dead Men Tell No Tales is due in theaters July 2017. 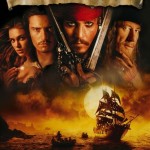 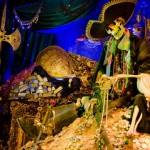 Okay, so we have to admit that this movie was not a big hit. It failed to do any justice for this beloved ride, and lacked the spirit of it. The attraction does continue to have a huge fan base even if the movie was not a big crowd pleaser. The Haunted Mansion is a dark ride attraction and opened at the Disneyland theme park on August 6, 1969. The 2003 movie adaptation starred Eddie Murphy, who played a realtor who moves into a haunted house with his family. The family attempts to escape the ghosts, and unveil the mystery behind the haunted mansion. 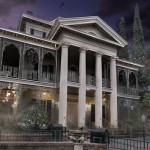 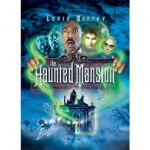 Another film that was not such a big hit was The Country Bears (2002). This mildly amusing and cheesy movie tells a story about Beary, a young bear raised by a human family, who tries to trace back to his roots. He meets up with a legendary broken-up band named The Country Bears. Beary helps them reunite for one final concert, all the while finding out who he is and where he belongs. Based on an attraction at Disneyland, the Country Bear Jamboree opened to the crowd in the 70’s. The attraction was a stage show that featured bears that performed Country music. The attraction closed at Disneyland on September 2001. 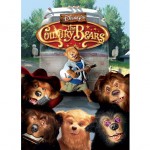 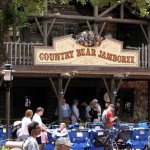 The 2000 film adaptation based off the popular Tomorrowland attraction did not take off as anticipated resulting in bad reviews and a poor box office. The film takes place in the year 2020 as American astronaut Jim McConnell coordinates a rescue mission after a Mars exploration goes wrong. The Mission to Mars attraction opened on March 21, 1975 at Disneyland. It originally was named Rocket to the Moon, but changed to Mars because humans had already visited the Moon. With the help of NASA, the attraction was designed to have guests go on a spacecraft and be launched into space to reach Mars. The attraction closed at Disneyland on November 2, 1992. 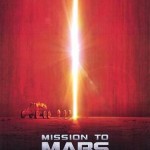 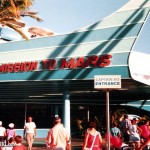 The Tower of Terror

This 1997 movie starts out with five people walking into an elevator that collapses eleven floors, and leaves them roaming around the hotel as ghosts. Starring Steve Guttenberg as reporter Buzzy, and Kirsten Dunst as his niece Anna, the two investigate the abandoned luxury hotel 60 years after the elevator incident. The storyline was inspired by The Twilight Zone Tower of Terror, commonly known as Tower of Terror, which originally opened on July 22, 1994 at Disney’s Hollywood Studios in the Walt Disney World Resort. This accelerated drop tower ride is located in three more Disney theme parks, which includes Disney California Adventure! 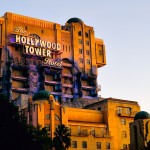 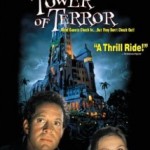 We all love Disneyland rides and Disney movies! Sometimes it is hard to keep track of what inspired what, but one thing that is definite is that these two elements just go very well together. So whether or not the movie adaptation of the ride was a success, these amazing attractions show that they can spark inspiration for creating full-length films!