Guess no more! Disney has finally revealed the voice behind what will be their new Disney princess.

Auli’i Cravalho, a 14-year-old girl from the island of Oahu in Hawai’i has been casted as Moana, the main character from the new Disney animated film due out November 2016. Cravalho, who has no previous professional acting experience, was selected among hundreds of auditions from girls in the Pacific Islands. “Auli’i was the very last girl I saw on the last day of casting,” said Rachel Sutton, the casting director for the film.

Sutton, along with Moana‘s directors Ron Clements and Jon Musker, selected Cravalho for a variety of reasons, including her singing ability. The energetic and spirited teen kept her vocal chords in shape as part of her high school’s glee club. When a Oahu casting agent heard her voice, it wasn’t long after that an initial script read, a call back to perform in front of the directors, and the decision was made to cast her. 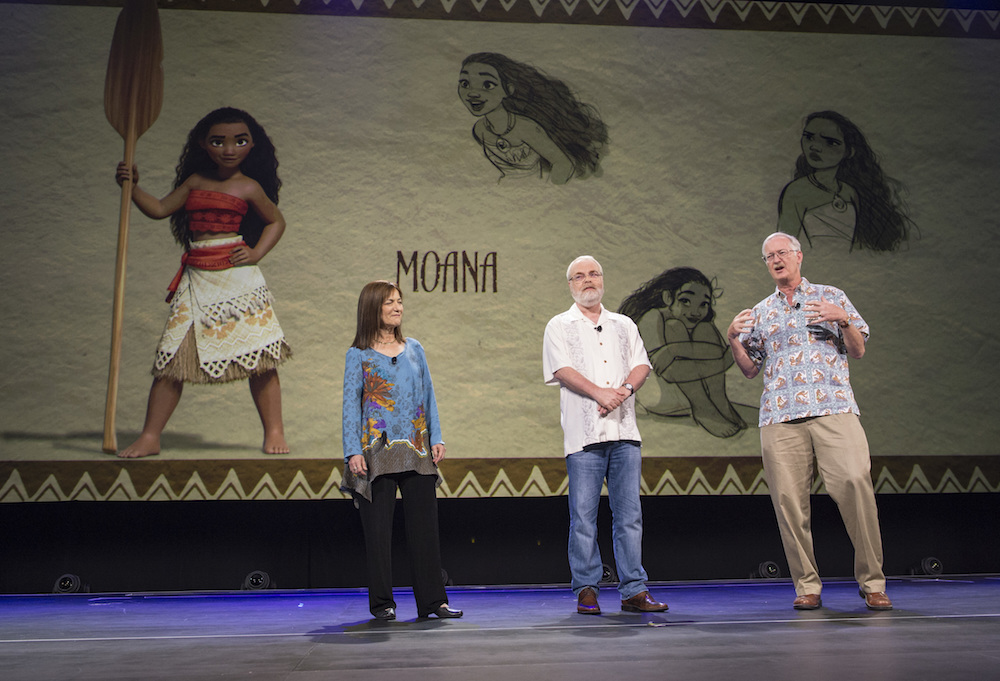 Among other things, Caravalho thinks she was chosen because of her relation to the character. “Moana is such an amazing character,” says Cravalho to People Magazine. “She’s brave, she is so empowered, she knows what she wants and she’s not afraid to get it, and I think that’s something that I can relate to as well. I just love watching how she goes along in this wonderful movie and grows as a person and helps her culture along the way.”

“Auli’i demonstrated a certain fearlessness in her auditions and call-backs,” said director John Musker. “She has a playful, mischievous wit. She can project vulnerability, she doesn’t seem intimidated at all by the challenges ahead, and her Polynesian background has helped shape her connection to family, hard work and music. These are all qualities she shares with Moana.”

Ron Clements added, “Moana is a vibrant, tenacious 16-year-old growing up on an island where voyaging is forbidden. But Moana has been drawn to the ocean since she can remember and is desperate to find out what’s beyond the confines of her island.”

Congratulations, Auli’i! She has begun recording for the role, so be sure to follow her on Twitter @auliicravalho as she shares hew new, life-changing experience.