Since its inception, Walt Disney Imagineering, the research and development arm of Walt Disney Parks and Resorts, has made it a point to turn stories into worlds. Places like Cars Land at Disney California Adventure Park and all of Disneyland Park are prime examples. While these static places are great forms of entertainment, Imagineers are thinking of new ways to entertain and delight guests who visit their parks.

In the recent released video above, creative executive Scott Trowbridge (fresh off his recent stint as lead creative for The Wizarding World of Harry Potter) describes some of the new experiences that he and his team have created that utilize those existing worlds to create a story. It’s basically a reverse engineered experience where guests at Disney’s parks can enjoy playful and meaningful interactions with real human characters that invite them to go on real adventures. 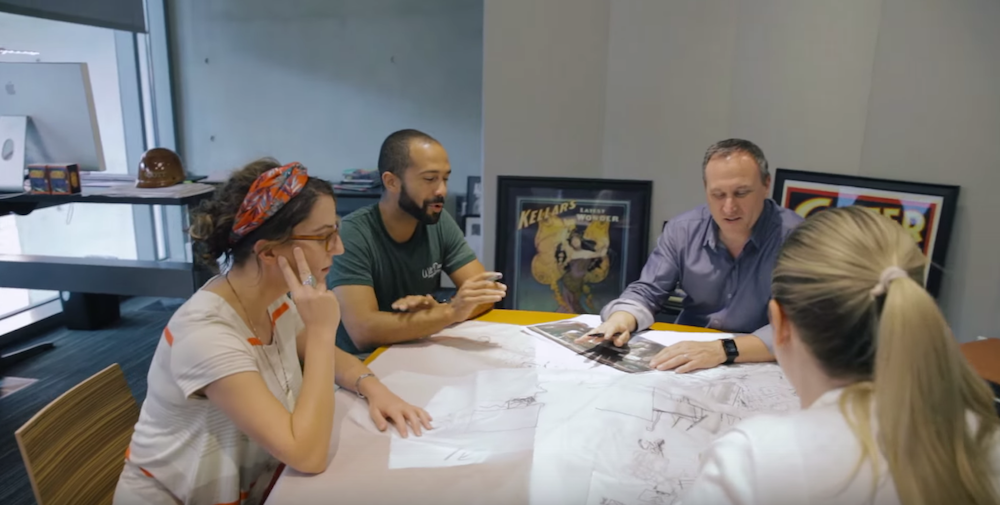 Past alternate reality experiences that Imagineers have created included Legends of Fortuna at Walt Disney World and The Optimist which connected people with the recent Disney “Tomorrowland” film.

While these activities acted only as tests for Imagineers, they hope these interactive experiences will only heighten what Disney Parks are known for: creating stories for people to live in. “The reasons we do this work is because we want to become better storytellers and tell stories that have more impact on people,” Trowbridge said.