After 10 years of waiting, the release of a new Star Wars Battlefront game is quickly approaching us! During this past week, gamers got to get their hands on the beta version of the game. A beta is a unfinished version of a game. Developers send out beta versions so that gamers can play the game to find glitches and bugs before the final version comes out. Also, it serves as a glorified demo version of the game so that the public can get on the hype train known as Star Wars!

This is not my first time playing Star Wars Battlefront. I was fortunate to play it in June at E3 in Los Angeles. I was impressed with the game but I had some reservations about it. Check out my initial impression of the game in this article. Since then, the game’s developer, DICE, has made great strides in making Star Wars Battlefront a better experience.

One of the first things that I noticed about the game was its graphics. They are extremely gorgeous and the environments have great detail and beautiful lighting. I was in awe of the snowy beauty of the planet Hoth while fighting. The entire map is massive and the developers went into great detail to get this famous battlefield to look pristine. I noticed a large improvement from the graphics shown in the demo that I played at E3. 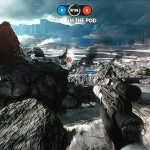 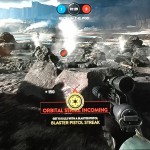 There were three modes that were offered in the beta. The first mode is called Drop Zone. This is an objective-based game similar to “king of the hill.” The purpose of this mode is to control escape pods that have fallen from the sky. Whoever controls the most pods within a period of time is the winner. This game mode is meant to be played on a smaller scale. I enjoyed Drop Zone because it serves as a place to learn how the game plays and provides a player with a safer space to unlock weapons that can be used in the other modes. 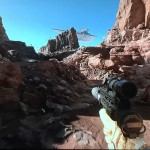 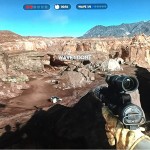 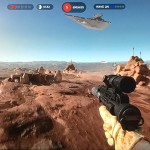 The second mode is called Survival. This mode is very simple. You and a buddy get to kill wave after wave of Stormtroopers for as long as you can survive. The game will continuously send more challenging enemies while increasing their numbers. This mode is similar to “horde” modes from other games. In the beta, Survival mode was limited and you could only progress into a few of the waves before the session ended. From the limited time that I played, I enjoyed it. It is nothing ground-breaking, but it is in good shape. 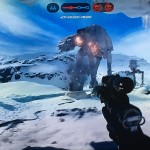 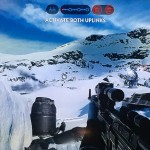 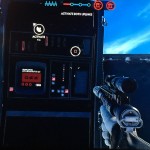 Finally, the last mode is Walker Assault, my favorite mode by far. This map is everything that a Star Wars Battlefront game should be about: large maps, massive amounts of players, controllable vehicles and total chaos. The objective of this mode is to prevent the giant Empire AT-AT from destroying the Rebel’s generators. It is awesome to get into the vehicles from the movies and do some damage. However, it felt like the spacecrafts were put in as an afterthought. It is difficult to control them. You don’t really seem to contribute much to your team when using them. You basically go in the air and fly around, then get shot down or crash into something. It is unfortunate because the spacecrafts of the game are icons of this franchise and deserve better care than what they received for this game.

Walker Assault is not easy for beginners. In order to be successful, it is advisable for a player to level up and acquire more power-ups and weapons, because there are many ways that your opponents can kill you. You will need every weapon that you can get your hands on, or else you will become cannon fodder.

My biggest gripe of Star Wars Battlefront is that the Walker Assault is systematically unfair to the Rebels. The Imperial forces have two giants AT-ATs, multiple AT-STs, and a wide arsenal of TIE fighters at their disposal. The Rebels only have their spaceships to defend themselves. Destroying the AT-ATs takes a lot of work. You have to call in an airstrike, which takes a lot of time and is not easy to do. When you actually get that airstrike, there is only a short amount of time that you can damage these walking death machines. I have never seen an instance where the Rebels have won. The most I have seen the Rebels destroy is one of the two AT-ATs in the level. The way the Rebels destroyed the AT-AT was by a kamikaze pilot bravely giving up his life by smashing his plane into the AT-AT- only to lose the game seconds later. This has not changed since I last played the game and DICE needs to amend this slightly to give the Rebels a little more of a chance while fighting on Hoth.

Overall, I enjoyed this game tremendously. Other than the balance issues in Walker Assault, Star Wars Battlefront is shaping up to be one heck of a game. I had my doubts coming into this game, but DICE has done a magnificent job bringing Star Wars to life. This game is well worth a look when it comes out on Xbox One, PS4 and PC via Origin on November 17.