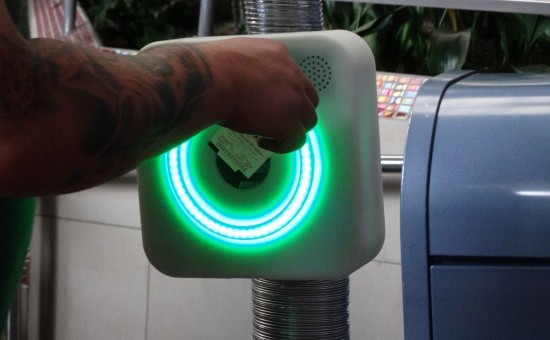 Just a few days ago, guests visiting the Space Mountain attraction at Disneyland Park in California were test subjects for a new technology that looked very familiar for those in-the-know.

Those guests who were returning to the Tomorrowland attraction with Fastpass were pushed through a line that ended with two poles with readers attached to them. Guests were then instructed to scan their Fastpass barcode on the readers which then lit up a certain color indicating whether their Fastpass was valid or not.

The tech used was very similar to Walt Disney World’s existing MagicBand service where RFID-enabled bands have become every guests “key to the magic” with it being a charge card, a hotel room key, and yes, even a Fastpass.

Disneyland representatives did not comment on if MagicBand tech would make its way to the California resort (as long rumored), but did say that it was a test of new tech that could become part of the guest experience.