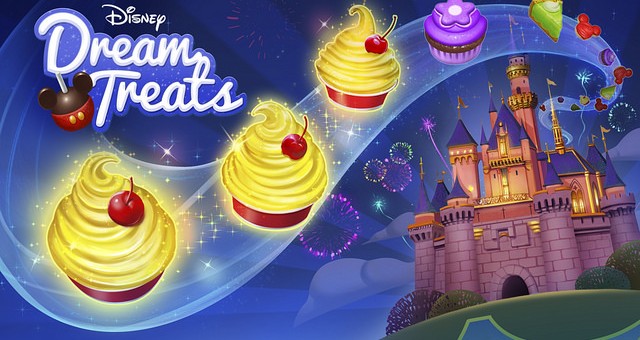 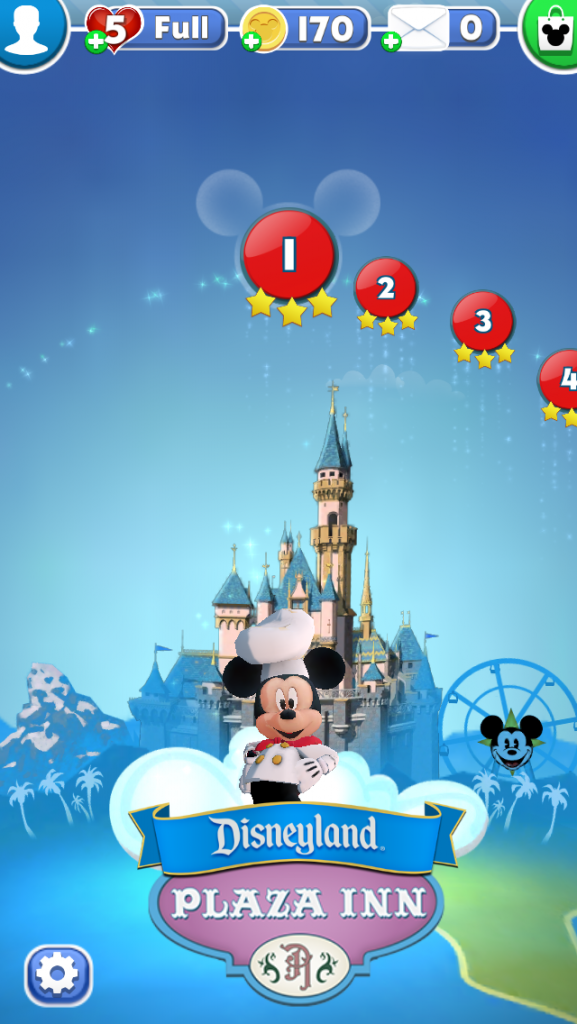 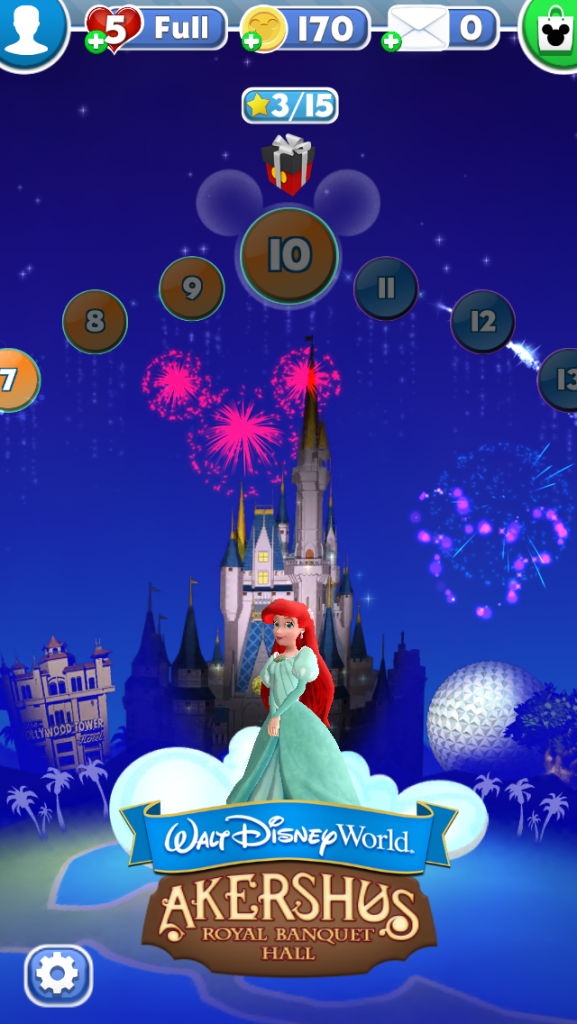 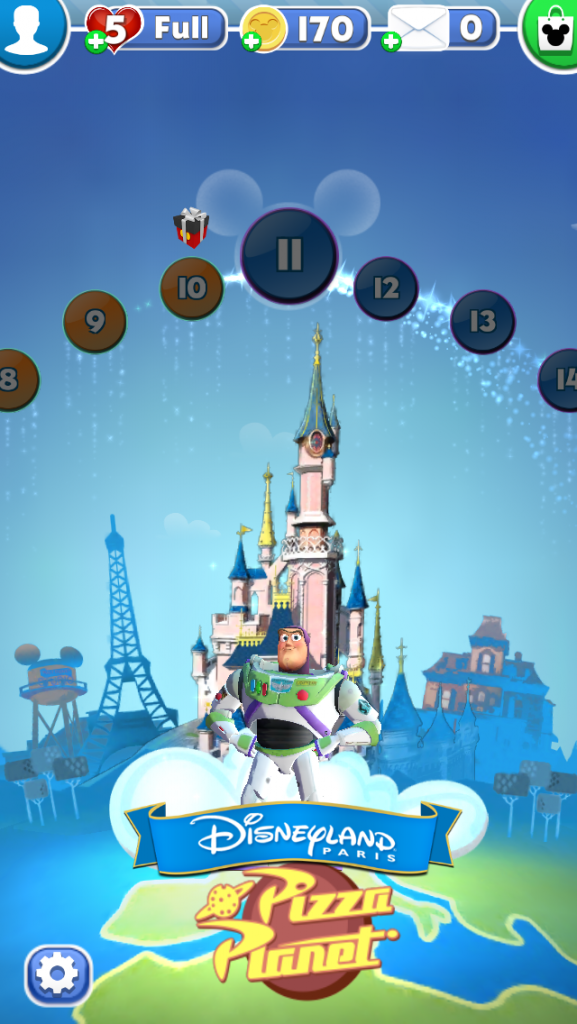 The gameplay itself is similar to Facebook’s Candy Crush. To help their Disney pals serve guests, players must connect three or more Disney treats in a row creating a “popcorn explosion.” Connect five or more and create a bonus treat which clears the board vertically and horizontally.

When a level is completed, the triumphant theme song to Fantasmic plays, fireworks shoot off, and your Disney pal jumps or twirls for joy. The culinary theme is further developed by including the interior design of each restaurant location and playing ambient sounds of silverware clattering and people chattering in the background. The home screen features a sweeping, aerial view of the Disney Parks and their icons as whimsical, orchestral music plays in the background. 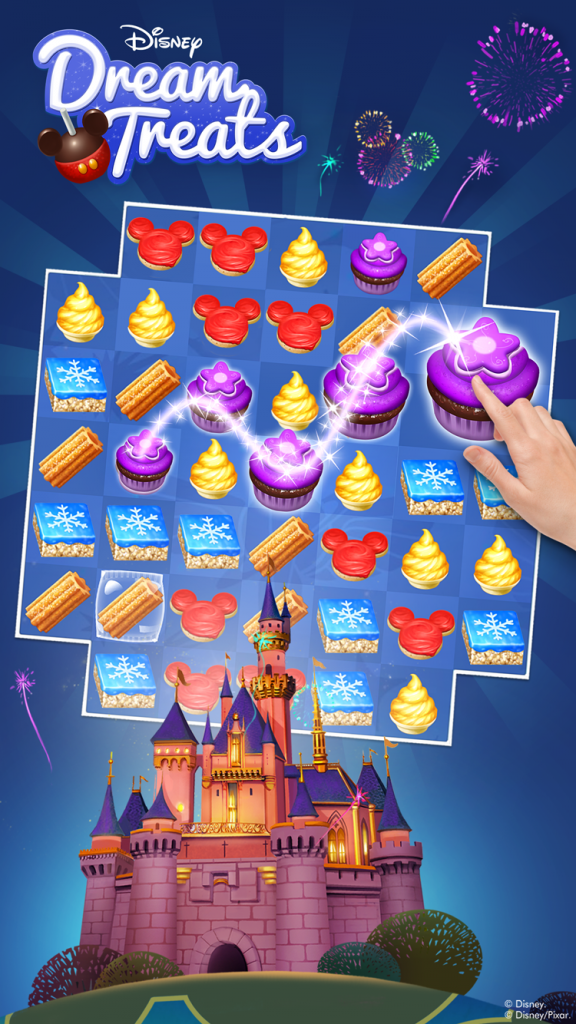 If the player gets stuck, each character has a special power-up the player can activate. For instance, Ariel’s power-up is adding bonus treats to the board.

As players advance through the game’s 100+ levels, new characters and level-specific tasks like “clearing wrappers” are introduced. Players can unlock Disney Park clothing to dress their avatar as well as unlock a photo of the player’s avatar posing with one of the characters. Players can then save this “souvenir photo” to their device or share it on social media.

Although the app is seemingly aimed for children with its simplistic design, avatar customization, and focus on character interaction, it also targets that child inside of us who still gets excited about the simple joy of getting a treat at a Disney Park.