One thing Disney is known for is telling incredible stories and creating unforgettable characters. From what we’ve read and seen about The Good Dinosaur so far, Pixar’s latest film promises a heartfelt and visually captivating story of a friendship between an apatosaurus named Arlo and a young cave boy named Spot.

Written by Meg LeFauve, the film is based on a retelling of dinosaurs’ fate on Earth. The asteroid misses; dinosaurs roam the earth with mankind. It builds upon the theme of happenstance, of significant, life-altering moments such as the asteroid hitting Earth about 65 million years ago. What if these moments never happened and what moments forever change our lives? After 11-year-old Arlo, voiced by Raymond Ochoa, falls into a river and is separated from his family, he has a chance encounter with Spot who is voiced by Jack Bright. Unlike the rest of the dinosaurs, Spot rarely speaks and communicates mostly through his expressive face and grunts. On top of one being a dinosaur and the other a human, Arlo and Spot are polar opposites. As a farm boy, Arlo is anxious and fearful of the natural world; whereas, Spot has spent most of his life in the wilderness and revels in the unknown.

“This is a boy and a dog story, but the roles are reversed,” Jon Lasseter said at the Cannes Film Festival (as reported by Variety).  “Arlo, the dinosaur, is the boy in the story and Spot is the dog.”

A TRIO OF T-REXES – An Apatosaurus named Arlo must face his fears (and three impressive T-Rexes) in Disney•Pixar’s THE GOOD DINOSAUR. Featuring the voices of AJ Buckley, Anna Paquin and Sam Elliott as the T-Rexes, THE GOOD DINOSAUR opens in theaters nationwide Nov. 25, 2015. ©2015 Disney•Pixar. All Rights Reserved.

From t-rexes to pterodactyls, this unlikely pair face even more chance encounters together along Arlo’s journey back home to Clawed-Tooth Mountains. Spot helps Arlo face and channel his fears as Butch, the t-rex, reminds him, “If you ain’t scared, you ain’t alive.”

At the helm of  The Good Dinosaur is director Peter Sohn and producer Denise Ream. Peter Sohn, a long-time voice actor, animator and storyboard artist at Pixar, wrote and directed “Partly Cloudy,” a Pixar short about a cloud named Gus who creates the most volatile baby creatures for storks to deliver. However, The Good Dinosaur marks his first feature-length film as a director. Denise Ream, was an animation and visual effects producer for “Harry Potter and the Sorcerer’s Stone” and a producer for Up and Cars 2. Although the film had trouble finding its direction in the past, it’s comforting to know that the production of the film was finished in good hands. 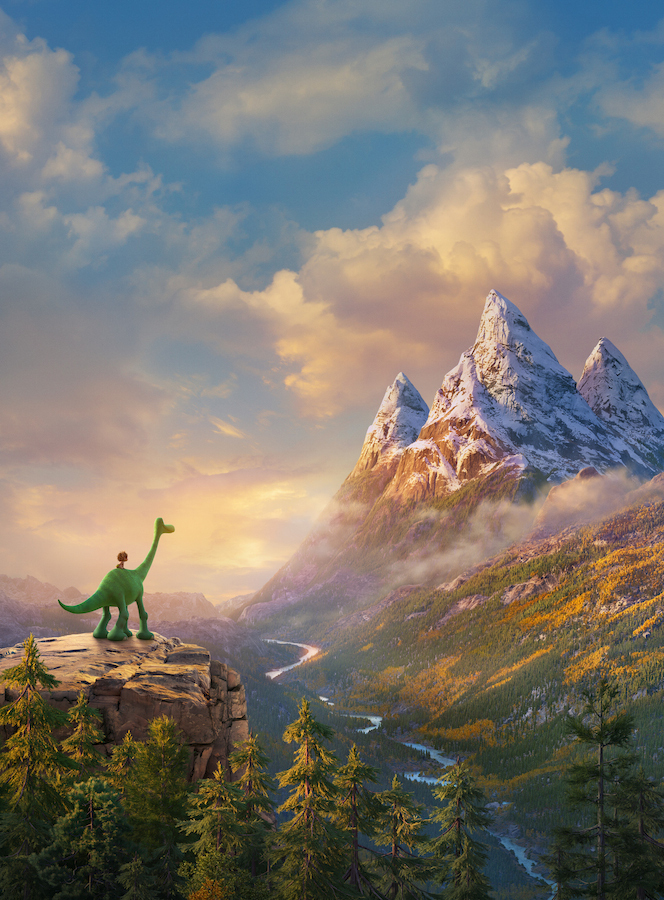 In terms of animation, The Good Dinosaur is pushing the boundaries by creating near photo-realistic backgrounds. The sweeping cinematic landscapes offered to us in the trailers and released footage are awe-inspiring to behold. From running through a field of birds to hurtling through clouds, the natural vistas almost seem as if they were taken from a nature documentary. Coupled with a score by Academy award-winning film composer Mychael Danna and his brother Jeff,  The Good Dinosaur is sure to astound viewers.

“It’s unlike anything we’ve had before,” Lasseter said. “The level of believability we’re striving for in this film is going to be breathtaking.”
After the success and critical acclaim of Inside Out released earlier this year and an entire line-up of Pixar films in the works, The Good Dinosaur may continue a new streak of hit films from Pixar. 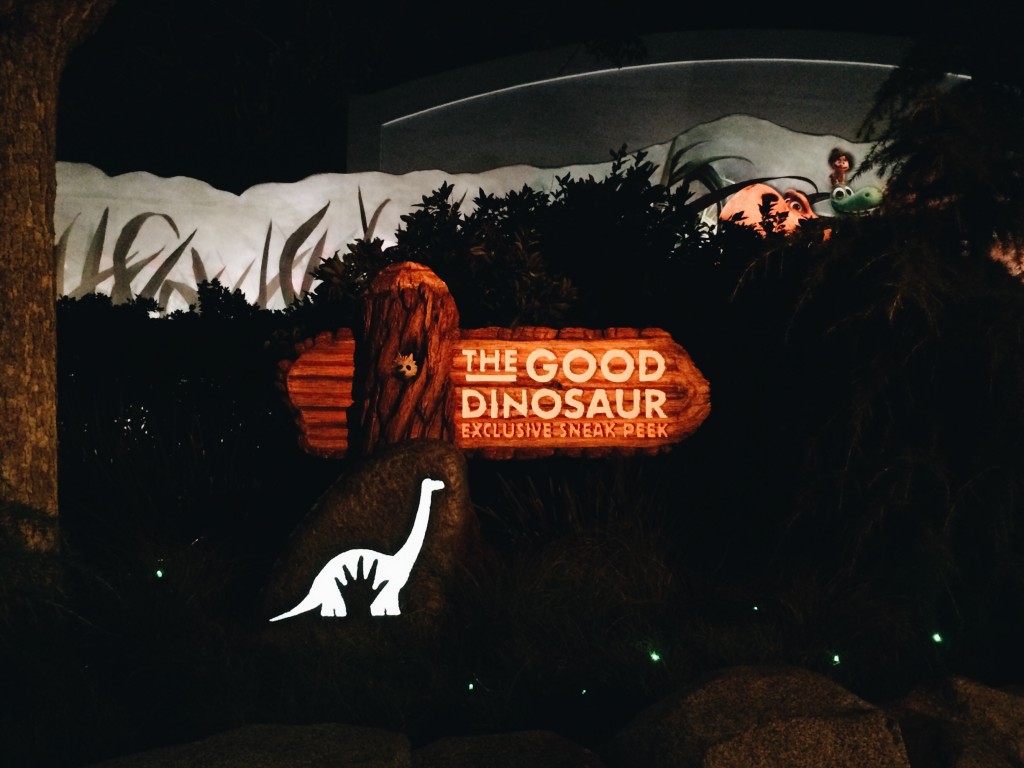 A Bug’s Life Theater in Disney California Adventure Park is showing an exclusive sneak peek of The Good Dinosaur featuring never-before-seen footage, a message from director Peter Sohn, and special 4-D theater effects in-sync with the film. The Good Dinosaur premieres in the U.S. this Thanksgiving, November 25, 2015.