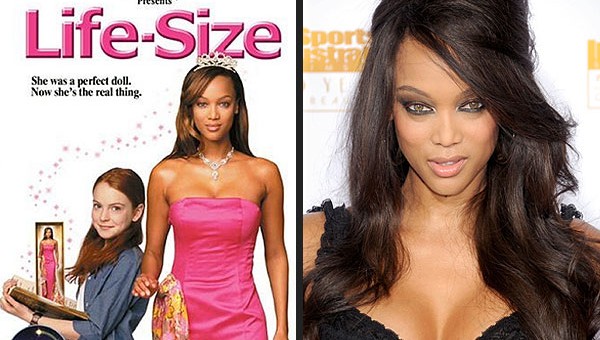 “Shine bright, shine far. Be a star! Where you live, where you are. Be a star!”

Who doesn’t remember singing this catchy tune circa 2000? Life-Size is one of the most memorable Disney Channel’s Original movies ever shown on television! If you don’t remember what this amazing movie is about here is a synopsis:

An 11-year-old tomboy named Casey Stuart (Lindsay Lohan) wants to resurrect her mother who passed away. With a resurrection spell that she finds in a book of magic she sets out to do the deed. Instead of bringing back her mother, she accidentally turns her Barbie-like doll, Eve (Tyra Banks) into a human.

Early last month Tyra Banks confirmed with Hollywood.com that Life-Size 2 is definitely in the works. She told the online publication that she has read drafts of the script, but it is still in the process of editing until it becomes perfect! The movie might come out in Christmas 2016, but it isn’t confirmed.

As for the involvement of Lindsay Lohan in the sequel, there hasn’t been any kind of word yet.

So for all of you Life-Size fans out there get ready for a part two! As we wait patiently for more information here is a song that you can enjoy, and should already know!