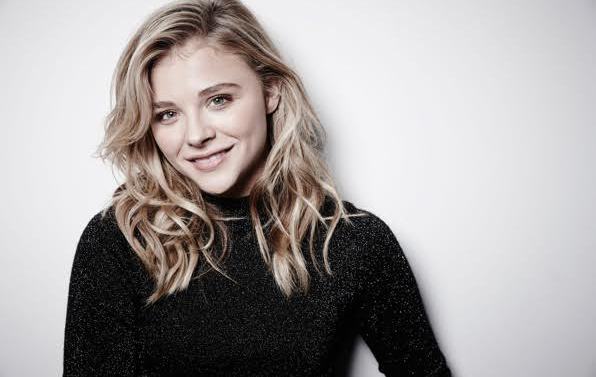 Look at this stuff, isn’t this neat? 18-year-old Chloë Grace Moretz has made it known that she will be part of our world as in The Little Mermaid live-action film inspired by the Hans Christian Andersen fairy tale:

Here it is!! I’ve been waiting months to tell everyone how excited I am to take on this beautiful journey with Working Title, Universal, and a beautiful script by Richard Curtis.. #TheLittleMermaid!!!! Here we go!!!!

We don’t know her name yet, but it’ll be interesting if her character name is Ariel since Universal is producing the film. Disney has been producing several live-action films like Alice in Wonderland, Maleficent, Cinderella, and soon to be released The Jungle Book, Alice Through the Looking Glass, Beauty and the Beast, and Mulan. Although this live-adaptation of The Little Mermaid isn’t produced by The Walt Disney Company, I am curious to see how the film will live up to the expectations of Disney fans. 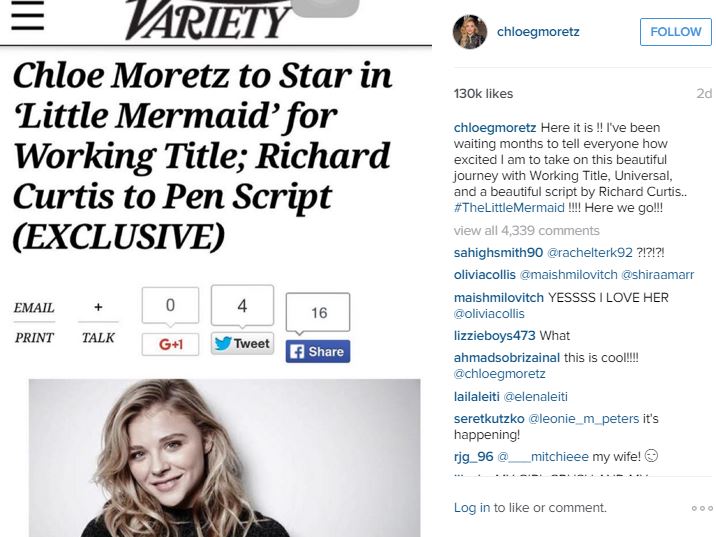 Moretz has a reputation for partaking roles in darker films like Carrie, The Amityville Horror, Dark Shadows with co-star Johnny Depp, and many more amongst others.

Although we still don’t know too much about the nitty gritty details of the upcoming live-action film that is still in the early stages of production, I think that with her talented background, this will be a great opportunity for her to show a completely different side that isn’t so dark that we haven’t seen yet.

To be quite honest, I can’t picture her as a red head, but with a mermaid tail and dinglehopper? YES! With Ariel being my personal favorite Disney princess, these are some shoes (or shall I say tail) that are quite difficult to fill, but I have high hopes that Moretz will do me proud and can definitely live up to a Disney role like Ariel. I can picture her being curious about thingamabobs just as much as Ariel was about feet and the world up above.

Now that the role as the little mermaid has been filled, I anxiously can’t wait to find out who will get casted as the other characters! As Chloë couldn’t have said it any better, here we go!!!!