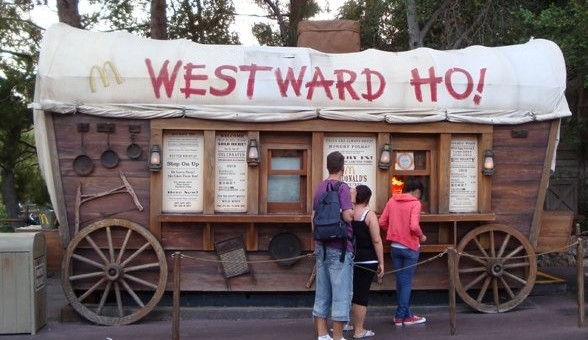 The Sunkist Citrus House along Main Street, U.S.A. was so successful that a second location in Adventureland was called for. After venturing off and spotting some wildlife creatures lurking in the dangers of Jungle Cruise, explorers would seek relief by walking right across the attraction to a little shady hut called “Sunkist I Presume.” Male cast members in Hawaiian shorts and women in long floral dresses served fresh orange juice, lemonade, coffee, and their most popular drink, Jungle Julep (a blended beverage made of orange, lemon, guava and grenadine). Snacks like donuts, frozen yogurt, juice bars, lemon tarts, hot dogs, and sandwiches were also available.

The hut is still recognizable today, but is home to The Bengal Barbecue since 1992, known for serving meat skewers. 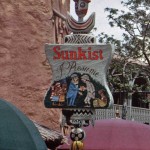 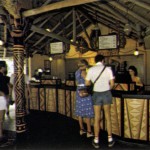 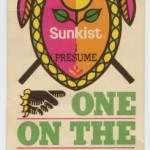 For over 30 years, the location that was originally part of the Plaza Pavilion, known as Pavilion Lanai, was occupied by the Tahitian Terrace. It was the go-to spot for Polynesian-themed lunch and dinners and of course, live entertainment.

There was always a line to get into the dinner theater, which operated during the summer and on busy weekends only. In 1993, the Tahitian Terrace was replaced by Aladdin’s Oasis, a dinner show that lasted for only two seasons. 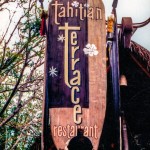 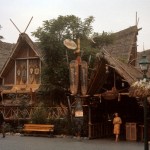 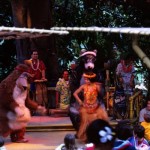 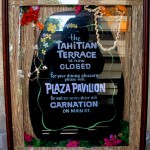 Thirsty? Head on over to Mile-Long Bar! This western country bar located in the rear of Bear Country served non-alcoholic drinks like Pepsi and apple cider and comfort food like frozen bananas and ice cream. The Mile-Long Bar wasn’t quite a mile long, but it sure looked like it! It was famous for its optical illusion with mirrored walls on each side of the bar, making it look like the countertop stretched forever and ever.

Due to some extensive renovations and re-theming to every attraction, restaurant, and shop in 1988, Bear Country was renamed to Critter Country and the Mile-Long Bar was shut down. Today, this building houses “Pooh’s Corner” offering sweets, snacks, and merchandise. 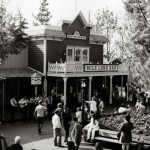 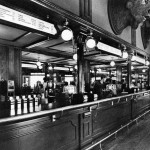 Casa de Fritos was an outdoor Mexican restaurant that served dishes centered around the popular Fritos corn chips. Before it settled at its final location in Frontierland next to Big Thunder Mountain Railroad, it was originally nested along the Rivers of America on New Orleans Street before it was replaced by Don deFore’s Silver Banjo Barbecue.

The Frito Kid statue and vending machine were definitely the star of the restaurant. Guests would insert a nickel into the vending machine and a bag of Fritos corn chips would slide down the chute. Aside from the Frito Kid, guests enjoyed the range of items found on the menu such as the Frito Chili Pie (Frito corn chips topped with chili and cheese), taco in a “Tacup” (ground beef taco meat, cheese, lettuce, and sauce in a fried corn dough cup), tamales (there was a Frito tamale, too!), chili and beans, Mexican rice, and a combination plate that cost only $1.00!

Over time, the restaurant experienced some remodeling work to become Casa Mexicana, a Mexican restaurant sponsored by Lawry’s Foods, but eventually closed down in 2000. Today, this space is home to Rancho del Zocalo Restaurante, featuring traditional Mexican food.

Fun Fact: Rumor has it that Doritos tortilla chips were invented at Casa de Fritos! The unused tortillas were cut into smaller pieces, fried, and seasoned. 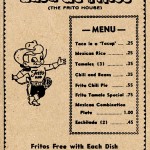 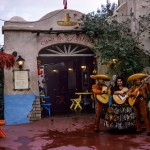 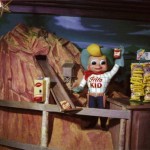 Come down for some breakfast to meet Aunt Jemima herself! At the corner of Adventureland and Frontierland was Aunt Jemima’s Pancake House (it was later renamed to Aunt Jemima’s Kitchen from 1962–1970). This was definitely the spot to go for breakfast specialties like Davy Crockett’s Delight (4 brown–as–a–berry pancakes), Golden Horseshoe Special (4 buttermilk pancakes), Mark Twain Special (4 buckwheat pancakes), and Slue Foot Sue’s Favorite (a waffle). Also on the menu were other breakfast fixings like eggs, bacon, ham, sausages, and beverages.

Once Quaker Oats stopped its sponsorship with Aunt Jemima’s Kitchen in 1970, the restaurant’s name was changed to Magnolia Tree Terrace, and renamed once more when Oscar Mayer became the new sponsor a year later to what we know today as River Belle Terrace. 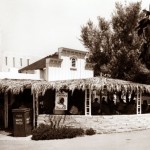 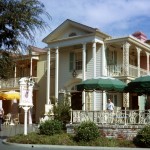 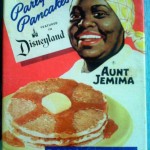 Along the Rivers of America was an eatery called the Chicken Plantation Restaurant, known for their fried chicken dinners. It had architecture that resembled an old antebellum plantation home in the front and a Mexican adobo style in the back. Due to its unappealing physical features because of their potential guests’ view from the train, the restaurant underwent a renovation by featuring fancier western details such as the addition of shutters and other décor.

To make room for New Orleans Square, the restaurant was shut down in 1962, but a smaller version of it was open later for business and operated out of a window from a construction fence. 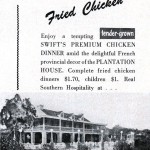 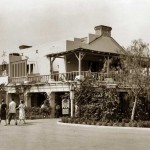 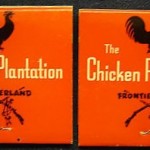 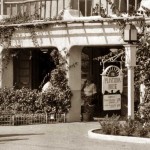 Back when New Orleans Square was not of existence, Frontierland had a section called “New Orleans Street” where Silver Banjo Barbecue was based. Walt had asked his friend, Don DeFore if he’d like to run a restaurant in Frontierland and of course, he said “yes.”

Unfortunately, Don DeFore’s Silver Banjo Barbecue had an early closure because there was not enough space to store their equipment (they  had a refrigerator located outside) as stated in a letter from the Orange County Health Department. 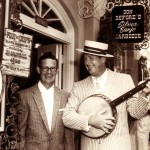 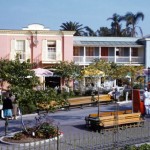 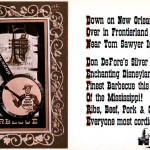 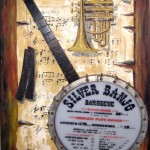 For ten years, the wagon was hosted by McDonald’s and was placed almost at the exact location where park guests would become a pioneer and board the Conestoga Wagon attraction in the 1950s. After the “10-year multi-divisional, multi-national relationship” with McDonald’s and The Walt Disney Company however, the wagon business came to a halt and the McDonald’s brand and infamous fries became history at the park. 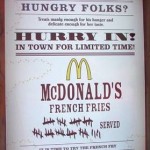 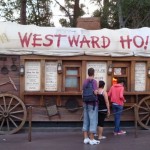 This concludes the two-part series on Disneyland’s eateries of the past! Learn more about some great, forgotten Disney restaurants in Part I. I hope you learned a thing or two from this brief history lesson as much as I did. If you’ve experience any of these dining locations, please share them below!