In anticipation of Tangled: the Musical, the Disney Cruise Line’s latest Broadway–style show, a live stream was created to show a preview of the show live from aboard the Disney Magic. Watch it in our player above!

Here’s what we know about the musical, which premieres this month on the Disney Magic thus far:

The musical will feature three new songs composed by Academy Award-winning Alan Menken, Tangled‘s original film score composer with lyrics by Glenn Slater. Menken is continuing the folk sound from the film score with acoustic guitar samples as the foundation for a live orchestra arrangement. 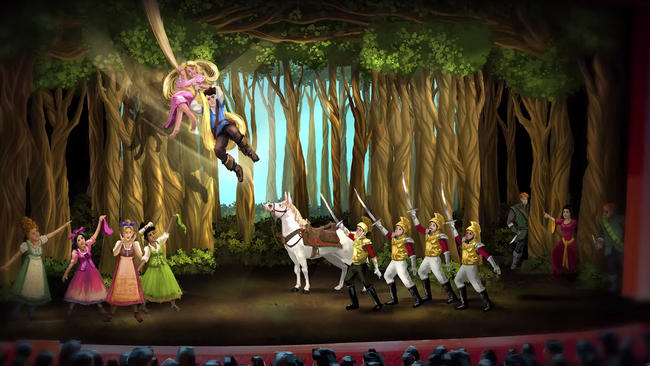 The three songs include an opening number, a new song for Flynn Rider, and a big production number for the festival scene in the kingdom of Corona. Indeed, the show features many big dance numbers and even acrobatics.

“We’re bringing a lot of the choreography and staging out into the audience. It should feel more like you’re part of the festival and to me, that’s what Tangled’s all about,” said Connor Gallagher, Choreographer.

“I hope that people will leave the theater and go back into the ship and be transported into a Broadway theater and come out buzzing and telling everybody to go on that ship and see that show,” said Slater.

The production also features puppetry to bring non-human characters such as the lovable horse, Maximus, to life.

“With Maximus, the level of facial expressions that we’re able to get from him makes him believable and brings him to life,” said Jeff Conniver, Puppetry and Articulation Development Director. 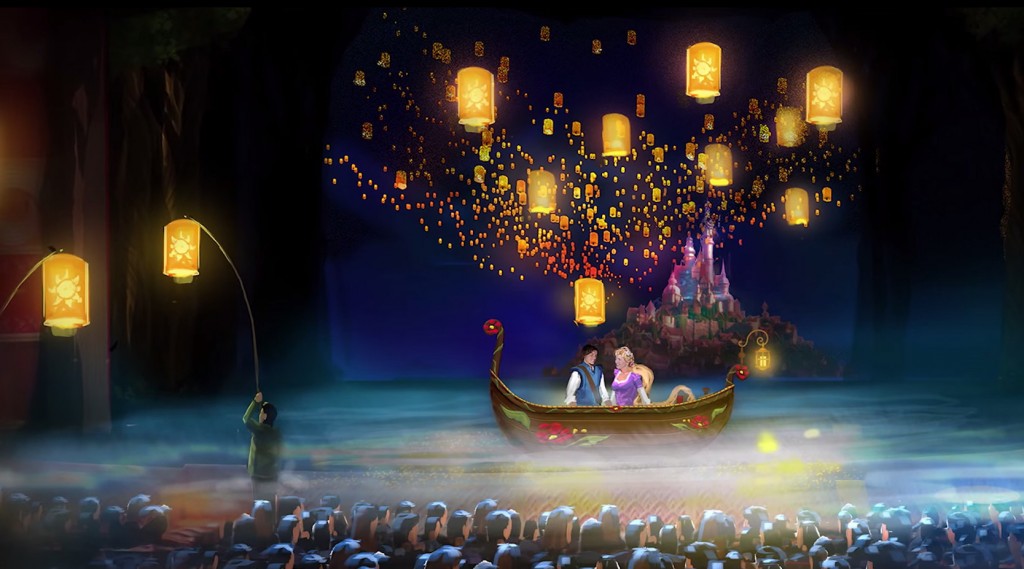 The set design features hand–made set pieces including a hand–painted mural by Claire Keane who had the opportunity to bring her animated work manifest into a tangible piece of art. Costume design is led by Tony award-winning Paloma Young, who has taken inspiration from Bavarian and German architecture. Rapunzel’s dress was inspired by a flower; whereas, Flynn’s overall look was meant to be an homage to old Hollywood stars.

Overall, Tangled: the Musical promises a Broadway–level production to delight and enthrall future guests aboard the Disney Magic. At the moment, an end date for the live stage show production has yet to be announced.