Love is in the air, especially for Disney-lovers and high school sweethearts, Michael Quintana Jr. and Shannon Padfield!

Michael, a former grill cook and cashier at Disneyland and his girlfriend Shannon, a pastry chef, have always admired how one man’s dream (Walt Disney) could make hundreds of thousands of people happy for so many years. The couple who have been Annual Passholders for eight years share a love for the Happiest Place on Earth – visiting the park, collecting trading pins, and watching classic Disney movies.

“Disney has always been a big part of my life,” Michael said. “And when I met Shannon, I knew I found my best friend [and] the love of my life.”

Michael and Shannon have been dating for four years and when he left to join the US Army Reserve, Shannon was there to support him every step of the way. However, while he was away for training, he knew that there was one question he wanted to ask his girlfriend when he came back home.

He knew that the time was right, but where was the perfect setting to ask one of the most important questions of her life? A place where they both grew up, a place where they went on many dates, a place that is celebrating the year of Diamonds.

So we, along with Robbins Brothers, “The Engagement Ring Store” worked some magic during Disneyland’s Diamond Celebration to make this a special day for the both of them. Little did Shannon know that she would be in for not just one surprise, but two – a homecoming and a proposal.

Learn more about their Disney love story and how they met with this extra video HERE. 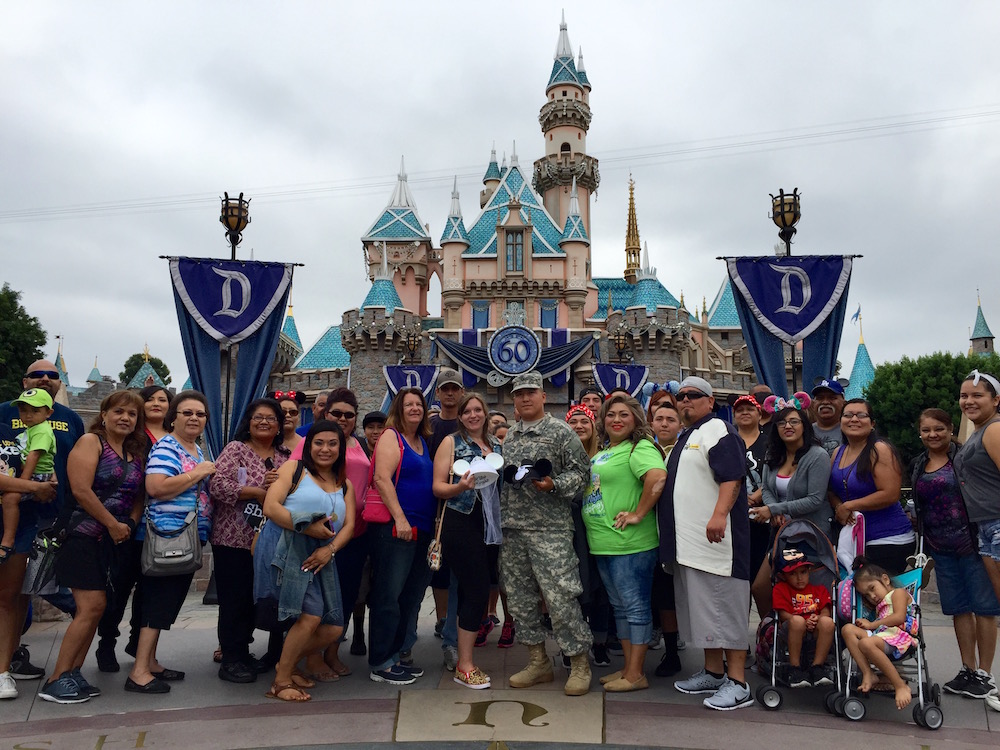 Congrats again to Michael and Shannon. May the both of you have the happiest of ‘happily ever afters’.