runDisney hosted its second annual Avengers Half Marathon this morning at the Disneyland Resort. Nearly 13,500 runners took part in this year’s 13.1-mile race that once again took runners through both Disneyland and Disney California Adventure Park and other surrounding cities. Avengers and volunteer groups lined the route cheering on everyone as they passed.

I knew I wasn’t going to win, so it was a typical half marathon morning for me. The 3 AM wake-up call, the CLIF Bar breakfast, and eventually the cold walk to the start line.

The beginning routine was typical as this, too, would be my third runDisney Half Marathon, yet at the same time, this race meant a lot more to me.

The recent tragic events in Paris, France were on my mind since they occurred this past Friday. It wasn’t too long ago that bombs and terrorists tried to destroy another celebration: the Boston Marathon. I’m sure that safety was on the back of every single runners’ minds that took part in this weekend’s races. But while a sense of fear entered into the competitive climate, I wanted to take the opportunity to put that fear to rest.

With the help of my mom the night before the race, we stitched together the Parisian flag and affixed it to a wooden pole we had lying around. During the last few miles of my race, I took that flag and pole and waved it high straight through to the finish line.

Many of my fellow runners made it a point to gesture and say some kind words that very much revealed a sense of pride and honor to those who lost their lives that fateful Paris evening. I know that bearing a flag while running doesn’t “avenge” any life that was taken during the attacks, but I’m glad that it brought a sense of community and love for a city that is already beginning to heal.

I dedicate my Avengers Half Marathon finish to everyone in that city, especially those victims who were runners themselves. It’s because of your longing to continue the race of life that I and I’m sure every runDisney runner was happy to run for you today. 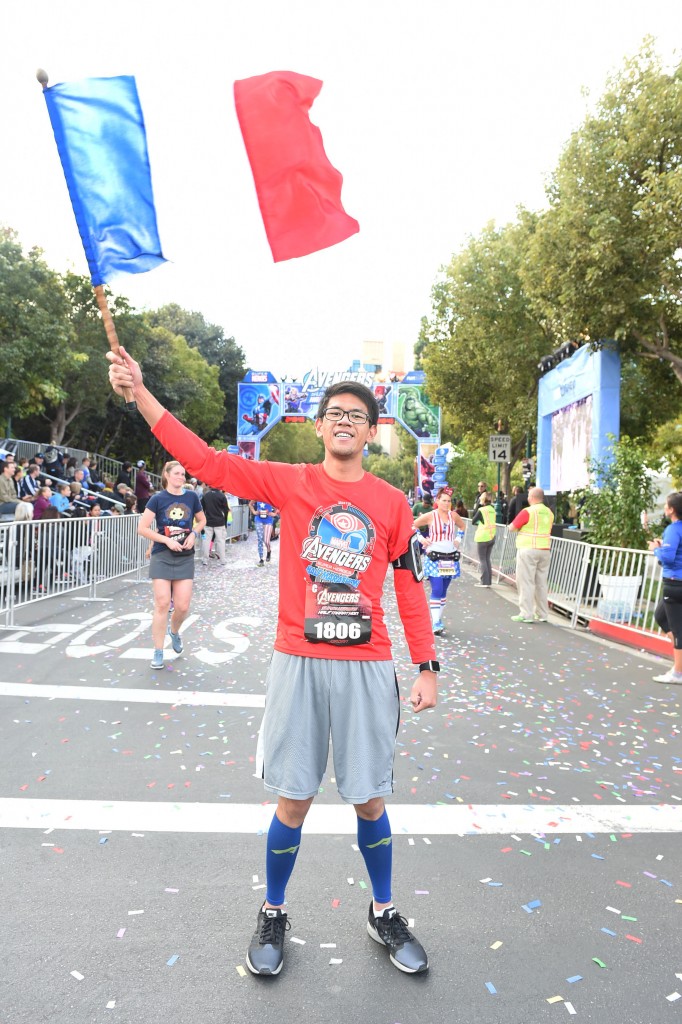