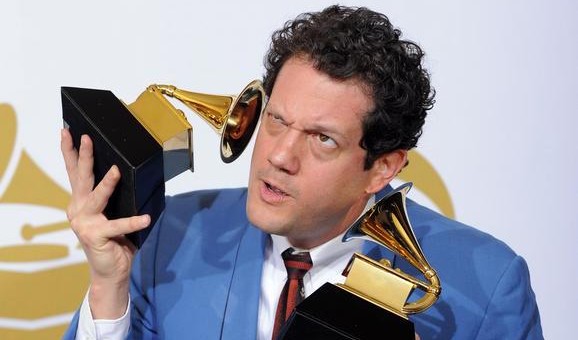 While you may not know his name, you should know his music. It spans video games from Medal of Honor to blockbusters like Jurassic World. Moreover, he’s also the person who wrote some of the most stirring scores for some of the most emotional Pixar films like most recently “Inside Out”.

Now this Grammy and Academy Award-winning composer is getting to do something he has never done be-fur: write a soundtrack for Walt Disney Animation Studios’ next film! It was announced today that Giacchino has been hired as the Zootopia‘s music man.

“In a world as vast as Zootopia, we needed someone who could deliver a score that can feel exotic and powerful, but also provide that same emotional intimacy,” said director Byron Howard. “We tell stories with images, Michael tells stories with music.”

The score will be recorded in Los Angeles this week with an 80-piece orchestra filled with instruments from different cultures and places to give it what Giacchino likes to call “flavors of the world” music, adhering to the film’s exotic, utopian setting.

Beyond the exotic story, Giacchino also wanted his music to have a global effect in today’s world. “It’s one of those films with a huge heart and wonderfully realized characters set within a story that’s not only incredibly fun and entertaining but takes an honest look at our own world and the important issues we deal with living in such a diverse society. That’s what really attracted me to the film—the chance to write music that reflects these kind of challenges.”

You’ll be able to hear Giacchino’s “wild” music genius once more when Zootopia hits theaters next March. And check back with us in December for a behind-the-scenes look at the film straight from the creators themselves.