Toy Story that Time Forgot is a charming Pixar short that tells the story of Trixie and other well-loved friends like Woody and Buzz as they venture into the land of dinosaur warrior-toys called Battlesaurs – but I’m sure you knew that already. This fun Christmas short premiered last year and is already becoming a holiday classic; in fact, you can catch it on this year’s ABC Family’s 25 Days of Christmas Lineup!

However, if you can’t wait to watch this silly short, the film is already on Blu-Ray with a whole slew of fun bonus features. If you can’t get enough of the Toy Story world this set is definitely for you!

Along with the short, the Blu-Ray package also has many bonus features that’ll leave you wanting more.

Some features give a closer look at the creation of the short: 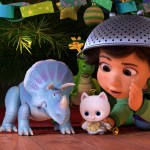 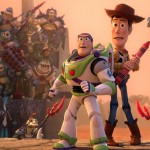 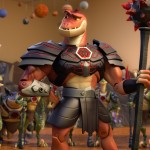 Other features help bring the story of the short to life: 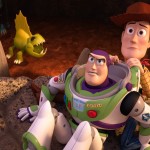 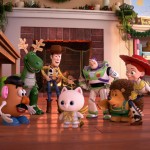 Any fan of Pixar shorts, Toy Story, or satirical children’s stories will definitely love this Blu-ray. It’ll make a great stocking stuffer – or, if you can’t wait, buy it for yourself to kick off the holidays! The disk is now available online and in stores. Catch the short on ABC Family’s 25 Days of Christmas as well!