NEW YORK, NY - DECEMBER 02: Atmosphere at the Star Wars "Force 4 Fashion" Event on Dec. 2 at the Skylight Modern in NYC. Top designers showcased bespoke looks inspired by characters from Star Wars: The Force Awakens that will be auctioned off for Bloomingdale?s holiday charity. (Photo by Larry Busacca/Getty Images for Disney Consumer Products)

With the highly-anticipated Star Wars: The Force Awakens film just about one month away from making its debut on the big screen, Disney Consumer Products and Bloomingdale’s have joined forces by collaborating with a group of talented designers in a new fashion-meets-fundraising initiative known as “Force 4 Fashion.”

Designers such as  Cynthia Rowley, Diane von Furstenberg, Giles Deacon, Halston, Opening Ceremony, Ovadia & Sons, Parker, Rag & Bone, Timo Weiland and Todd Snyder are creating an outfit based on the characters inspired by Michael Kaplan, the film’s costume designer, which will then be auctioned for charity.

“This collaboration celebrates the distinctive synergy between film and fashion in the run up to an exceptional moment in the history of pop culture. We’re excited to see how this incredible lineup of designers interpret Star Wars characters in unique ways, as well as to raise money for a great cause,” said Leslie Ferraro, Co-Chair, Disney Consumer Products and Interactive Media and President, Disney Consumer Products.

The outfits will be revealed on December 2nd at a “Force 4 Fashion” launch event in New York City before going on display the next day in Bloomingdale’s NYC flagship windows. In addition, the auction will take place between December 2-18 by Bloomingdale’s on CaharityBuzz.com, with proceeds benefiting Child Mind Institute, on behalf of Star Wars: Force For Change – a charitable initiative that inspires people to make a positive impact on the world around them.

Here are some looks that you can expect to see: 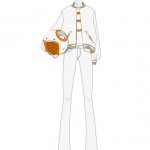 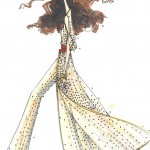 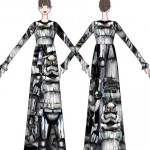 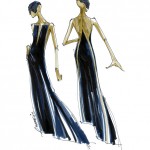 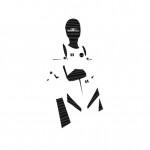 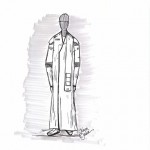 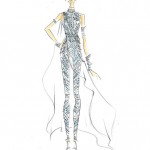 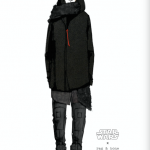 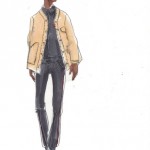 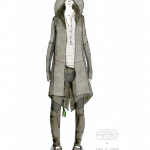 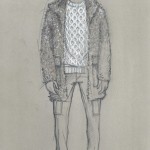 On a more global note, “Star Wars: Fashion Finds the Force” will launch in London on November 26th where British fashion and design inspired by the film will be celebrated by London-based designers Agi & Sam, Bobby Abley, Christopher Raeburn, J.W. Anderson, Nasir Mazhar, Peter Pilotto, Phoebe English, Preen and Thomas Tait. The designs will be available for auction to all fans world wide online at www.starwarsfashion.london where all proceeds will benefit Great Ormond Street Hospital Children’s Charity, on behalf of Star Wars: Force for Change initiative.

To find out more information about “Force 4 Fashion” be sure to visit StarWars.com and follow the social conversation using the hashtag #Force4Fashion.