The Walt Disney Company’s official headquarters is located at what is also called the Walt Disney Studios in Burbank, California. It’s a historic place dating back to when Walt Disney was alive and was churning out many of Disney’s first animated classics like Pinocchio and Cinderella.

The studio is very much a working studio lot with soundstages and production offices. Those facilities do still take up a lot of the small area that the studio sits on. Since The Walt Disney Company creates much more than movies and TV shows, that means more staff to house.

That’s why Disney, in 2000, created a separate headquarters just down the street from the studio lot to house its other operations and their respective staff. That place in Glendale, California is called the Grand Central Creative Campus or what Disney employees there like to call GC3.

GC3 houses many Disney operations, specifically those tied to digital. Disney Interactive calls the place home, as well as Disney Consumer Products (and Interactive Media). The place itself feels very modern to match the things that happen around there, too. Lots of glass, metal, and woods are used in a lot of the buildings.

While it doesn’t have the charm or nostalgia that the studio lot does, the Grand Central Creative Campus does have lots of what Disney work space to make more magical products for all of us. Take a look at some photos we took from our last visit to GC3 in the gallery below.

And before you ask, yes, the campus is closed to the public. 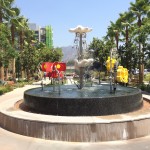 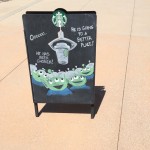 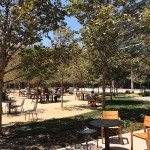 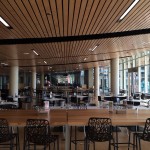 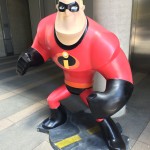 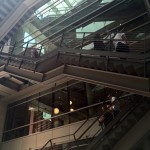 Check out some of Disney’s other work spaces that we got to tour for you!