Many have an opinion on the Nickelodeon and Disney versions of Doug. While most people put the two versions against each other, it is important to understand how one version evolved into another.

On April 1, 1979, Nickelodeon first aired on television as a channel dedicated exclusively to children’s programming. Some of their first shows were geared toward educating their young audience. Shows like Standby: Lights! Camera! Action! taught kids about what happens behind the scenes of movie productions like Star Wars: Return of the Jedi, Star Trek III: The Search for Spock, and James Bond. 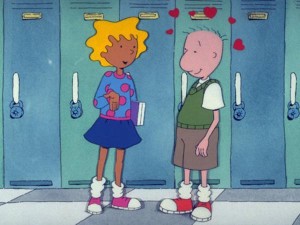 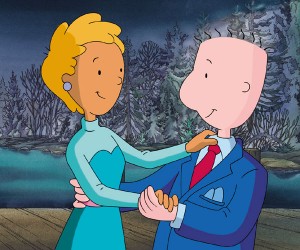 Though Nickelodeon was successful, it was seen as a “green vegetable.” It was something parents wanted for their children because of the perceived goodness. When Geraldine Laybourne took over in 1985 she had the goal of turning Nickelodeon into a channel for “kids with attitude.” Part of that plan was to create a new image that went against the norm by funding original programming. In a time when content was based on licensed material, Laybourne wanted to create original shows. She received support from Sumner Redstone, the primary shareholder of Viacom, to invest $40 million in program development. The investment paid off creating three new television shows: Rugrats, Ren & Stimpy, and Doug. 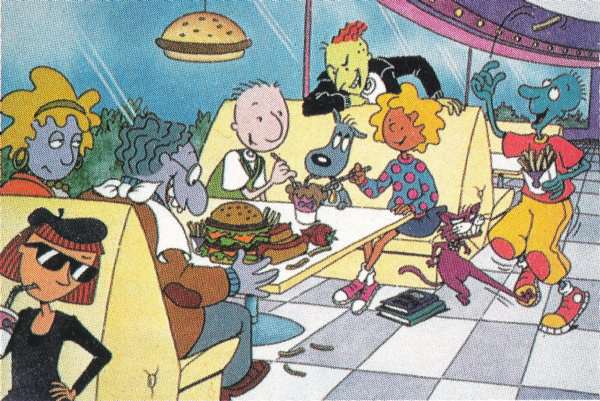 Doug was created by Jim Jinkins. The show was about an 11 1/2 year old boy dealing with his early life of adolescence. The show ran on Nickelodeon from 1991-1994 with a total of 53 episodes. There were originally supposed to be 65 episodes, but Nickelodeon didn’t order the final season.  David Campbell, business partner to Jim Jinkins stated that, “it came as a real big shock to us that we weren’t doing the last 13 shows,” explaining that, “the show was expensive, and apparently there was some sort of fiscal freeze on at Nickelodeon.” 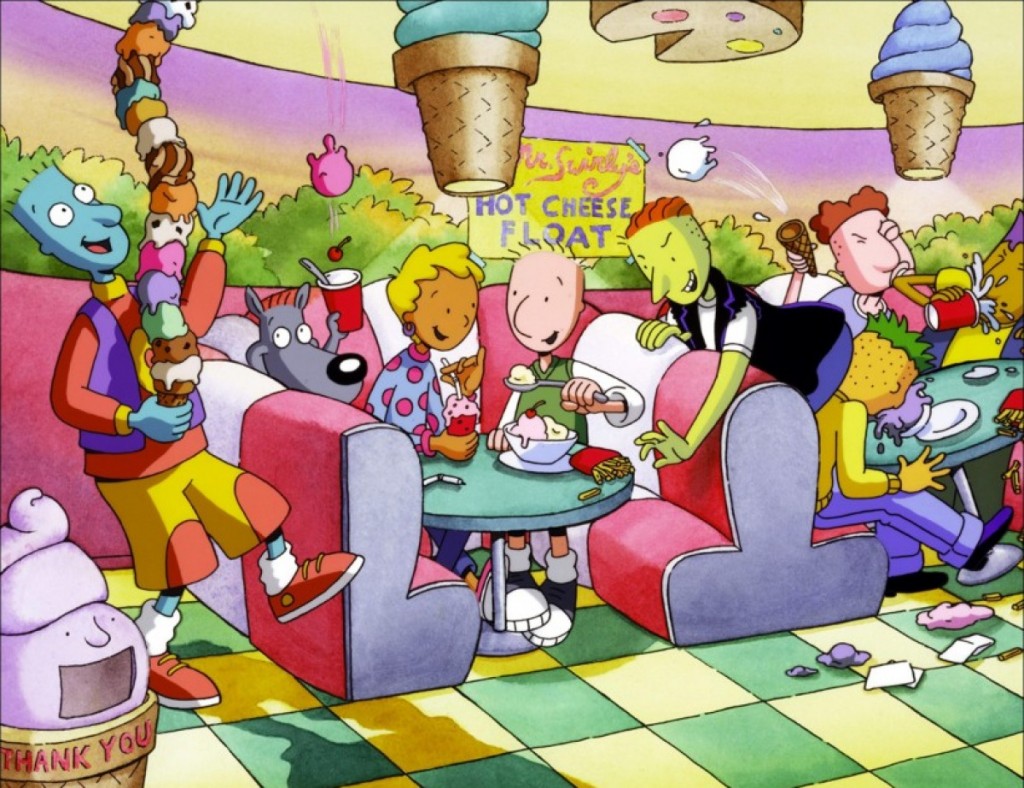 Nickelodeon didn’t pick up the show, which allowed it to be picked up by the Disney Channel. During the transition from Nickelodeon to Disney Channel, Billy West (who voiced Doug and Roger) didn’t continue with the show. “The switch made up some of the most painful evolutions I’ve ever had to go through,” Jinkins said. Due to the change in voice actor for the main character, the Disney Channel version followed a 12 1/2 year old Doug who was voiced by Tom McQue. Many have stated that the Disney Channel “ruined” Doug. Jim Jinkins responded to the people who dislike the Disney Channel version of the show saying,”For all the kids who complain about what Disney did with ‘Doug,’ almost every one of those changes came from me.” Disney Channel aired 79 episodes of Disney’s Doug between 1996-1999. In 1999, Disney also took Mr. Funnie to the big screen in Doug’s 1st Movie.

Regardless of which version of Doug you prefer, we can all agree that one of the best cartoon bands came from Jim Jinkins’ show.