Virtual Reality (VR) headsets such as Oculus Rift and Playstation VR are expected to cost hundreds of dollars, which are filled with the latest technology. Many individuals expect that VR is going to be the next big technological disruption; however, Google chose to go with a different approach from these other companies.

In fact, they decided to go with a VR headset made from cardboard that utilizes the technology already found on your iPhone and Android devices such as a gyroscope, accelerometer, and phone screen to provide an experience that is surprisingly comparable to these more expensive headsets. 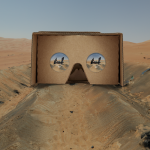 “We think a lot of people are going to get to experience virtual reality in Google Cardboard for the first time with Jakku Spy,” Rob Bredow, Lucasfilm’s head of New Media/VP, Advanced Development Group told StarWars.com. “It’s a great opportunity because there’s this familiar content — characters and vehicles that you’ve seen in trailers — but you’re seeing it in a completely new way.” 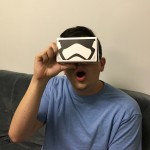 Immerse yourself and explore various planets of the Star Wars universe, as the app will unfold story-driven installments that will lead up to the release of Star Wars: The Force Awakens. Get your hands on these free, limited edition Google Cardboard viewers available exclusively at Verizon retailers while supplies last. Choose from BB-8, R2-D2, Kylo Ren, and First Order Stormtrooper. 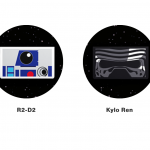