The long-awaited awakening is almost here!

Continuing on from last week’s Part 1 post about what the cast and creators of Star Wars: The Force Awakens wants you to know about the film before you see it…which is just now 4 days away.

You can watch it with family to get to know your family.

Like the previous films, you’ll get to know things that you wouldn’t get if you didn’t watch Star Wars.

“You watch your children watch the movie and you learn something about your children, and will we like the same characters and Halloween becomes kind of more of a Thanksgiving experience, without the turkey. It’s just an amazingly emotional movie.”

Main question for coming up with new names for characters:

Were they catchy and repeatable?

They actually had to meet one criteria: did we like it?

“That was it. Really tough criteria. Did it sound good to say it? Did it feel good to type it?”

There are no post-credit scenes, Ewoks, and Jar-Jar Binks.

On the issue of no Ewoks: “He insisted,” – Kathleen Kennedy; “It was in my contract.” – Harrison Ford

Some of the new characters will appear in Episode 8.

“Rian’s about to start shooting Episode 8. These guys (pointing to Gwendoline Christie, Oscar Isaac, and John Boyega) are getting ready to head over in January.”

Star Wars is about human beings, Wookies, and TIE Fighters.

John Boyega (Finn) has had enough about the issue regarding casting a black man as a lead character in a major blockbuster film.

“For me, I – I’m going to be honest. I really don’t care about the black stormtrooper stuff.  I couldn’t care less.  This is a movie about human beings, about Wookies, spaceships, and TIE fighters, and it has an undertone and a message of courage, and a message of friendship, and loyalty. A message for everyone, no matter who you are.”

BONUS: Pictures from the junket 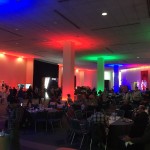 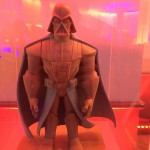 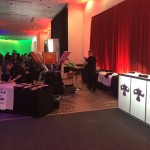 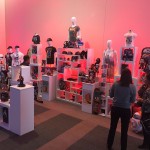 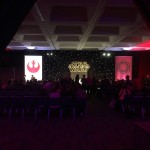 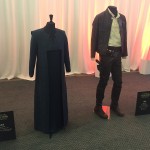 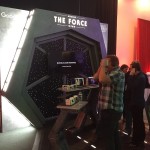 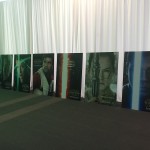 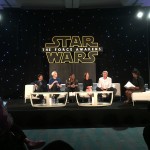