Let’s jump to lightspeed and be clear – “Star Wars: The Force Awakens” was not what I was expecting.

Let me explain that more. In order to do that, I think it’s best to re-introduce what we already know about the film.

People have loved Star Wars and have loved the franchise since Episode 4 debuted nearly 40 years ago. Audiences have kept compassion for the characters, the intimate story, and the galactic world that it all takes place in. It all wasn’t something they’ve seen before and with most new things, people will be attracted to it.

A form of new was “awakened” when the first teaser trailer for “The Force Awakens” was revealed over a year ago. That teaser was viewed over 100 million times in just the first few days, showing that love in numerical form. Since then, trailers and TV spots have teased us with more new footage from the film and filled us with more of what we knew in the past.

Obviously, nostalgia has played a big part in hyping the production. When I saw the Millennium Falcon fly in a barrel role in that first teaser trailer, it was the first time I saw the “junk” ship fly since first seeing the original saga on VHS as a kid in the early 1990s. When I showed the trailer to my dad, it seemed to have affected him even more since he first saw Han Solo’s ship fly since seeing it first in Episode 4 back in 1977.

Even the announcement of having John Williams score Episode 7 was a powerful nostalgic moment for me. I was moved (and am still moved) when hearing the moving music of the Imperial March or that iconic opening crawl theme song. My mom felt the same emotions when hearing the score play in that first teaser trailer, too.

No matter when we first enjoyed the galaxy far, far away, my parents and I felt similarly about the same thing. What we associated with Star Wars was something that we were expecting to see played out in full with the return of Mark Hamill, Carrie Fisher, Anthony Daniels, Peter Mayhew, and Harrison Ford.

Instead, I saw a film that very much crushed everything we knew about Star Wars and replaced it with yet another form of new. 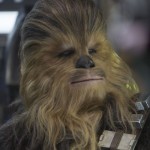 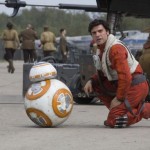 That new came with the introduction of the new characters played by newcomer actors John Boyega, Daisy Ridley, and Adam Driver. “The Force Awakens” is about how all these characters and their backstories come together to overcome a common evil. While that story theme may sound similar to the original saga, the way that J.J. Abrams and writer Lawrence Kasdan imagined their Star Wars story to be less about Han, Luke, and Leia – all of which was something that we weren’t expecting.

That made things really predictable for Star Wars fans who loved getting to see all of that happen for the first time with Episodes 1 through 6. Instead, we got some of our favorite Star Wars moments repackaged for that new audience. That repackaging was only accentuated with some story holes that consisted of dialogue that seemed to just be a quick filler instead of an authentic part of the overall story.

All those differences couldn’t have signaled the incoming of that new story when IT happened.

When IT happened, all the people inside the private theater for our early screening gasped audibly. Then there was silence. We all were stunned because when the moment passed, those nostalgic expectations I had originally had also passed. That moment happened 3/4 of the way through the nearly 2.5 hour film and it solidified what we were fearing. However, I believe it is what filmmakers were hoping to do – to make us experience Star Wars anew.

When Disney bought Lucasfilm and the Star Wars franchise, they did so that they could tell new stories. What we didn’t come to understand at the time was that new literally meant new. In the case of Episode 7, that means leaving behind what was, what we originally loved. The ending of the film established a new main character that can be called the new Luke Skywalker and, you guessed it; she is something that we weren’t expecting.

This was all intentional as J.J. Abrams made it entirely clear in multiple interviews prior to the film’s release that you didn’t need to know anything about the original George Lucas films in order for audiences to enjoy his film. While that is a smart movie by Abrams (and probably Disney, who obviously wants every generation to see it and capitalize on the box office sales), it might have costed them the fans who were the original Star Wars fans.

As my cousin and I exited the theater, we both felt that cost. 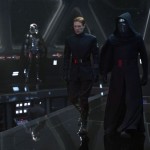 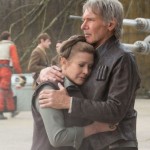 We loved seeing what really happened to Luke.

And because it’s Star Wars, my parents and I will have to start loving from scratch; just like the new fans who are about to be awakened like we once were.

Special thanks to Lauren Lacanilao for contributing to this review.