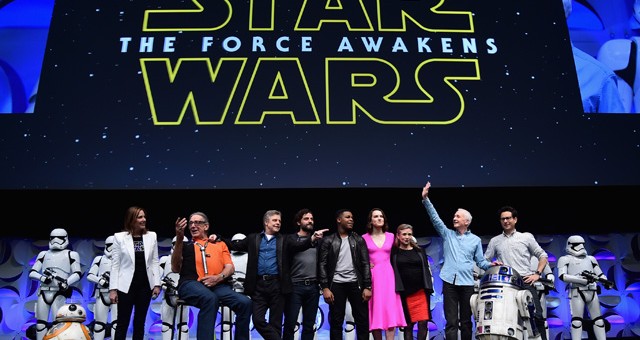 The Force (along with great marketing and public interest) was strong with the Walt Disney Studios this weekend as they released some of the box office numbers for “Star Wars: The Force Awakens”. As you might assume, the film made some out-of-this-galaxy money.

As of this morning, Episode 7 has made an estimated $238 million domestically, $279 million internationally, making a grand total of $517 million globally over the past five days. The massive revenue numbers are partially attributed to a variety of factors, including multiple screenings per household and overwhelmingly positive ratings.

Those figures even surpassed the early analyst estimates of $200 million. That amount of money is also exceeding a lot of industry box office records, which Disney also happily pointed out in the press release:

These records and box office numbers are only expected to get bigger as the film has yet to be released in countries like Greece and India (December 24) and China (January 9), one of the world’s fastest growing and lucrative cinema markets.

“Our sole focus has been creating a film that delivers that one-of-a-kind Star Wars experience, and director J.J. Abrams, Lucasfilm President Kathleen Kennedy, and the Lucasfilm team have outdone themselves,” said Alan Horn, Chairman of The Walt Disney Studios.

Horn also went on to request moviegoers who haven’t watched the film yet to not spoil the film as all of the cast has made sure to make known. I’d argue that he wants even more people to enjoy this worldwide phenomenon.