Hundreds of Disney fans filled the seats at the Honda Center in Anaheim on Wednesday night. From families, to grandparents, to young adults – not to mention all of the children dressed up as their favorite Frozen characters, the room was packed with people ready to experience Disney magic. I had the privilege to attend opening night for Disney On Ice: Frozen and witness the fun!

As soon as I walked in, I could just feel the love and excitement for Frozen with kids cheering and parents purchasing themed merchandise. I was impressed with the huge selection of merchandise they had- from dolls, wands, drinks, cotton candy and apparel. Everything was adorable, I even had to refrain myself from purchasing a snow cone mug. 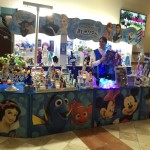 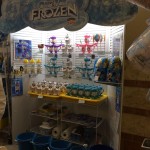 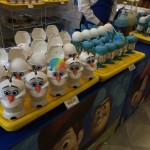 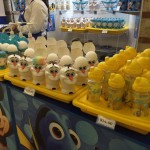 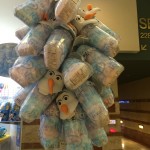 I invited my boyfriend to the show because of how much we both love Disney and thought it would be a fun experience. Granted, as soon as we sat in our seats, we felt a tad uncomfortable because we mainly saw families with young children sitting around us; we were worried that we wouldn’t enjoy the show as much since we didn’t have a young child with us. By the end of the show, the amount of fun we had definitely proved us wrong. 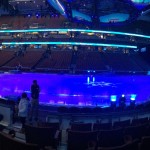 How the area looked before the show started

The show began with Mickey and Minnie Mouse taking the audience through the magical story based in Arendelle, with special appearances by a few beloved Disney Princesses and favorite characters from Disney/Pixar’s Toy Story and Finding Nemo and Disney’s The Lion King, who come together to prove that true love is the greatest power of all. 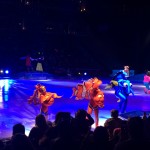 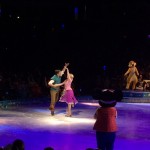 The show features the ice-skating version of the movie Frozen, told on the ice and with music and dialogue straight from the soundtrack; it tells the story  from the opening bedroom scene through the closing celebration. The scenes and props were beautifully detailed and it helped draw the crowd into the story and closer to the characters.

Families were able to feel that they are trekking up to the North Mountains with Anna, Kristoff and Sven, and they will tangibly experience the storm inside Elsa.  The pyrotechnics really enhanced Elsa’s magic and other effects throughout the show with snow, mini explosions and light changes. They practically even brought the other characters to life like Marshmallow and the trolls. I was impressed on how they portrayed the scene when Anna and Kristoff are being chased by wolves because they were able to reenact it perfectly with some of the skaters as wolves to create the suspense of them being chased. 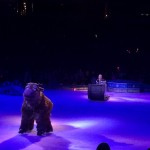 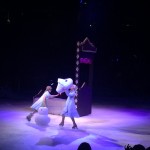 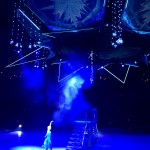 The musical numbers were so much fun to watch because the performers did extravagant dances and the audience got to sing along. It was probably the biggest karaoke session I’ve ever experienced. My personal favorite scene was when Olaf sings “In Summer”. I already enjoy singing the song when I watch the movie but what the performers did really enhanced the song. The dance number itself was fun to watch and just seeing all of these other characters come out and dance along too made me feel like I was actually watching the movie. 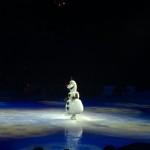 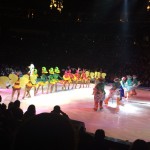 At the end of the show, they brought out Mickey and friends again to close it off to remind everyone the power of true love and the crowd cheered as loud as they could. You could see all the smiles amongst the families and children  as they gave a standing ovation. 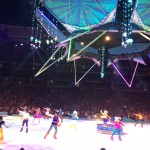 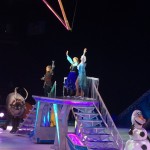 What I really appreciated about the show were all the little details it contained,such as the songs the songs and the skating itself. Personally, I love singing along to Disney songs, so to be able to sing with the rest of the crowd was so much fun. They performers and effects did an amazing job bringing the songs to life and making the audience feel like a part of it all. Even though the majority of the audience were children, the figure skaters still performed with such poise and elegance that impressed everyone in the audience.

I went to the show with the mentality of thinking that I wasn’t going to fully enjoy it since I didn’t take a child, but my boyfriend and I ended up having a really great time. Granted, it would’ve been adorable to see a younger cousin of mine with their reactions, but the reactions of the rest of the crowd was enough. Just being around with others who enjoy the movie and and having a great time made it much more enjoyable. I recommend to see the show if you get a chance.

Disney On Ice: Frozen is now performing in Southern California for the holiday season and you can catch the show at the Citizens Business Bank Arena/Ontario from Wednesday, December 23 to Sunday, December 27 and Long Beach Arena from Tuesday, December 29 to Monday, January 4, 2016. Get your tickets HERE!