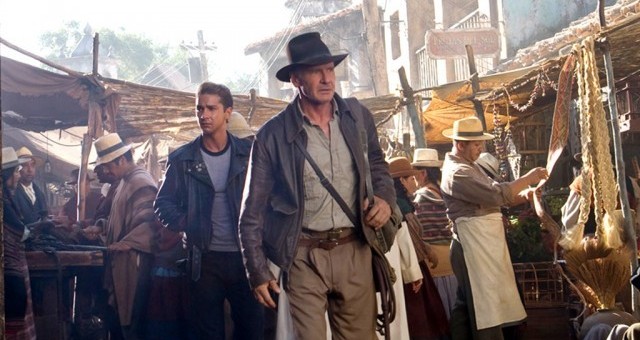 The Walt Disney Company CEO Bob Iger made an appearance on Bloomberg TV just days before Christmas Day to gift us more news on the status of the Company going into the new year. Among that news was one exciting tidbit: another Indiana Jones film is coming.

Iger opened up slightly about the forthcoming film coming from their purchase of Lucasfilm which originally owned the franchise. He didn’t reveal anything in regards to who’ll star in the film or the story it’ll tell, but he did openly confirm that a film is “on the way.”

Many people, including both Lucasfilm President Kathleen Kennedy, the original Indy film director Steve Spielberg, and even Indy himself have been vocal about creating a new Indiana Jones film. “Oh, yeah. Yeah, I’d love to do another Indiana Jones. A character that has a history and a potential, kind of rollicking good movie ride for the audience, Steven Spielberg as a director — what’s not to like?”, 73-year-old Harrison “Indy” Ford said to Entertainment Weekly.

While he is eager to begin work already, Iger has good reason to approve the creation of the new film thanks in part to Disney’s large cash inflow from the other big Lucasfilm movie that just released that continues the Star Wars saga. In the wide-ranging interview, Iger reasoned that the big revenues coming from Star Wars (and most likely from the future Indy film) would be because of the intrinsic value they have. “Great stories hold their value, and stand out given the choice that people have [when choosing what movies to pay to watch],” he said.

The making of a fifth Indiana Jones film is still riding on the heels of negative critiques on the most recent film, Indiana Jones and the Kingdom of the Crystal Skull back in 2008.

Whatever Disney decides to do with Indy 5, it is sure to be a hit because it’s Indiana Jones.

I predict that they’ll bring back some of the original film’s characters, retool a story that heavily parallels that of its early popular film stories, and then set up the end of this new film with a new generation of characters to thrust the Indy brand forward into more films.