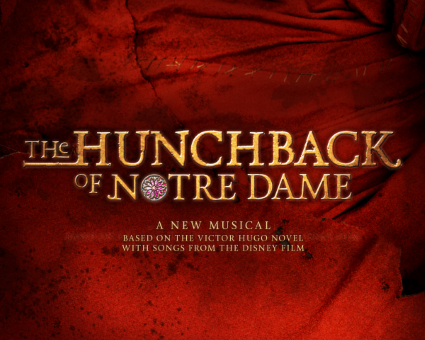 The Hunchback of Notre Dame is perhaps best known for both its darkness and its music. After a brief stint in Germany, the film was revived as a live show in La Jolla, California that, though seemingly impossible, made the music even better and the story even darker.

While the show never made it to Broadway, there’s no denying that the cast recording soundtrack, written by Alan Menken and Stephen Schwartz, is incredible on its own. It captures the intense music of the show in a way that allows it to stand as its own piece of art.

In this new album, the first and probably only recording of the American stage production, presents the classic songs from Hunchback, as well as new ones written specifically for the musical, like “Top of the World” featured in the player below.

If you loved the iconic full sound that the original Menken/Schwartz score had with the animated film, you’ll be happy to know that it all translates to the new album as well. It features a very talented 25 piece orchestra, a stirring choir of 32 to let the notes of Notre Dame swell as you experience this new, darker story that focuses on Frollo’s character and dark past. The original actors from the stage production also lent their voices to the album. They are some of Broadway’s most powerful voices like Michael Arden (Quasimodo) and Patrick Page (Frollo).

Music very much is the hallmark to Hunchback and this new album celebrates that even more. Buy the soundtrack today so you can sing the new kind of bells this dark, yet wonderful musical will bring!