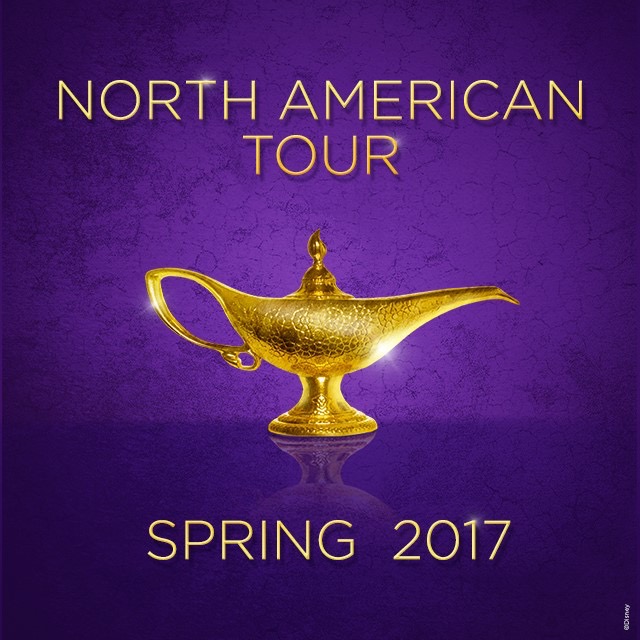 Disney Theatrical Productions has announced that Disney’s Aladdin musical will go on a national North American tour. The tour will first stop in Chicago beginning in April 2017 and then travel to other major cities, possibly including Los Angeles, that have yet to be announced.

The “new” Aladdin musical is a retelling of the classic Disney animated film, but with an expanded story, new characters, and new music. The musical first had its premiere in Seattle back in 2011, then ultimately opened on Broadway in 2014 after a few other productions. It was nominated for five Tony Awards, with an overall positive reaction by critics.

Casting hasn’t been announced for the touring production yet, but that cast certainly has a lot to live up to with the talented Adam Jacobs playing Aladdin and the Tony Award-winning James Monroe Iglehart playing Genie. Just take a look at their interpretation of “Friend Like Me” in the clip above and see what I’m talking about.

Be sure to visit and keep an eye on the North American Tour page on the official Aladdin musical website for the latest information on tickets and the announcement of those additional cities as part of the spring 2017 tour.